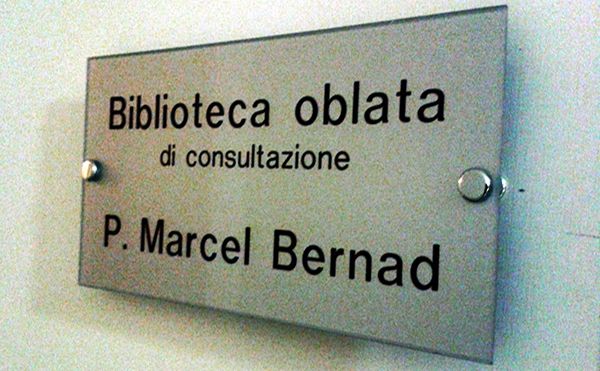 In recent months I have set up a library of Oblate literature that can be easily consulted by our students. There is, in the house, a wonderful historical “Oblate Library” that brings together a large number of works by Oblates, works in all fields of interest, from theology to astronomy, from psychology to ethnology, from pastoral to paleontology, but it is not easily accessible and is organized by author, not by material. 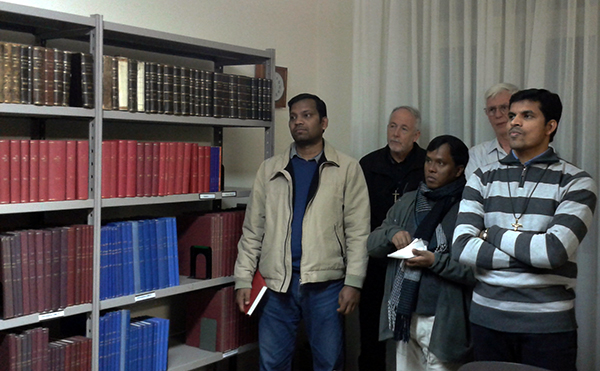 The “Oblate Consultation Library,” as I have called it, is much simpler and, as a whole, easier to consult, especially because it is always open to everyone. The books are arranged by subject: biographies of Saint Eugene; his writings and those of his companions; Rules; Superiors General; General Chapters; studies about Oblate spirituality; history of the Congregation; biographies of famous Oblates. It was inaugurated on December 7 and is already being used. 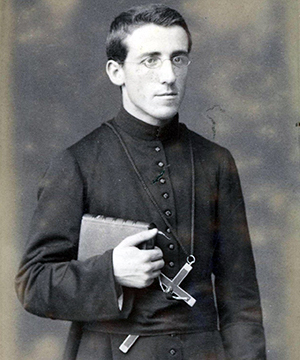 It is dedicated to Father Marcel BERNAD (1860-1928). Born in France, since his youth he studied and taught in Ireland and then spent the rest of his life at the scholasticate in Liege. He was always interested in studies; among other things, he composed a 500 page work on the doctrinal formation of theology students. During the first centenary of the birth of the Congregation, he published a systematic Oblate bibliography, containing 4,000 titles. He also published the first photography album with many historic photographs of the origins of the Oblates, today no longer available otherwise.

“The Oblates of Mary Immaculate,” he wrote, “like the apostles, have received the mission not to write but to preach: Evangelizare pauperibus misit me. To this, they have remained faithful. The number of missions and retreats that they have preached greatly surpasses the books they have written.” At the same time, he recognized that “by writing, the Oblates have done missionary work. Thus, no one will complain if they have written some books; rather, we can get the impression that they have not written enough.” 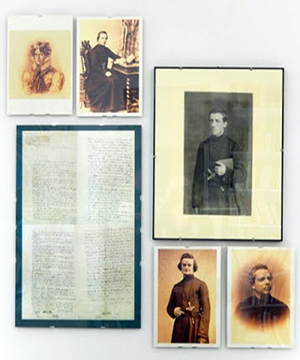 That is what St. Eugene thought too: “It is through the spoken word and not the written word that conversions happen in great numbers.” But he also had the impression that the Oblates did not study enough. “Who could exempt from this duty priests or religious, who must not only be the salt of the earth, but also the light of the world?” He especially pressed upon the young men “not to neglect their studies, not only of theology and philosophy, but also of literature… They should know their own language well and practice using it. It will be time well spent. Make fire erupt from the stone; but for that, it is necessary to hit it: the spark comes from the blow.”

The photo of Marcel Bernad is located on the wall of the new library (not by chance, he is shown with a book in hand!). Next to his photo are the photos of three famous Oblate writers, the first two great biographers of St. Eugene, RAMBERT and RAY and the first great historian of the Congregation, ORTOLAN. Between them, there is also the almost unknown photo of the sister of St. Eugene, put there only out of affection…

Finally, there is the document that marks the beginning of the Oblates, the application for authorization addressed to the Vicars General of Aix by the five who wanted to live together, dated 25 January 1816. An easy way to celebrate the bicentennial of its birth. (Fabio CIARDI)