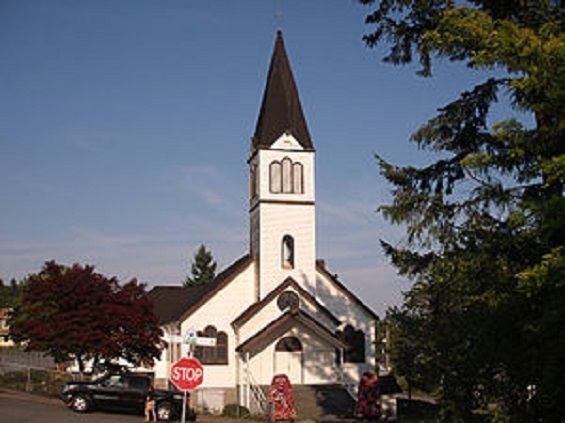 Oblate Constitution and Rules (9a) state that Oblates are called to “Action on behalf of Justice, Peace and integrity of creation”. A few Oblates have taken this to heart when justice toward Catholic education was the issue.

Maillardville is an area in the lower mainland of British Columbia, settled by the French, with its first parish founded in 1913 by Fr. Edmond MAILLARD (†1966). By 1951, two French parishes served the Francophone community, and their schools were bursting with a total of 850 students. At that time, the government did not offer any funding for Catholic education, and with most parishioners hailing from Québec where funding was provided, the issue became one of injustice. 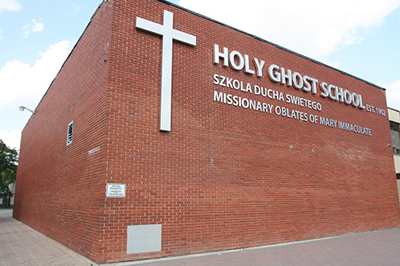 The Oblates gathered the school parents on April 2, 1951, and in a shocking and courageous move, informed the parents that they were shutting the doors of the schools in protest of the lack of funding. Parents would have to enroll their children in public schools. The “strike”, led by Fr. Joseph Fouquette and assisted by Pat Power, (brother of an Oblate, Fr. Miles POWER [†1982]) lasted a full year before the schools reopened in September of 1952. “For the first time in the history of the Province, the school question was effectively raised and things will never be the same”, stated Power.

While it took 26 more years before Catholic schools received funding from the Government, some progress was made at the time with allowing the school properties to be exempt from taxes and children to receive free textbooks. It took a strong will, many prayers, and strong support of the people to successfully open this case of justice for children in Catholic schools.

On a little lighter note, Fr. Chris PULCHNY faced a different injustice, again relating to Catholic schools. After first guaranteeing public funding for Catholic schools in 1870, the Manitoba government legislated that funding back to only Public Schools twenty years later. Religious exercises were allowed in schools but no financial support. That being the case, one day in the dead of winter, Fr Chris received a notice from the city of Winnipeg stating that he would have to separate the church garbage from the school garbage. The city would not pick up the garbage from the school. By the time March rolled around, the pile in the back of the school was intolerable. Fr. Chris called the city to make a complaint, and said that if the garbage were not picked up by Monday morning, he would have it in the middle of the street and call the Winnipeg Free Press to take pictures. It hit the front page of the paper. They took the city to court on discrimination charges and won. Several years later, in 1990, the Manitoba schools question was finally settled, with funding restored to the Catholic Schools.

Justice and closeness to the people are two parts of the charism of Eugene which have a history in the life of the Oblates. (By Chuck Luttrell, Oblate Associate, www.omilacombe.ca)