A portrait of Father Deblieu 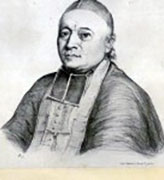 The research done on the occasion of the bicentenary of the foundation of the Missionaries of Provence allowed us to discover the portrait of Father Jean-François Sébastien Deblieu, one of the first companions of Saint Eugene de Mazenod. It is really a great gift of the Jubilee, because until now the Oblates had no portrait of Father Deblieu.

Fr. Deblieu’s lithographic portrait was offered to the Oblates by Mr. Georges Eyssautier with the following inscription: “Great grandson of Leonie Eyssautier, born Deblieu, I offer this lithographic portrait of his uncle, Messire Jean-François Sébastien Deblieu, Canon Emeritus of the Cathedral of Fréjus, Pastor and Dean of La Seyne in the same diocese, one of the first and valiant companions of Saint Eugene de Mazenod, to the Oblates of Mary Immaculate of Aix, to perpetuate his memory. December 6, 2015.” 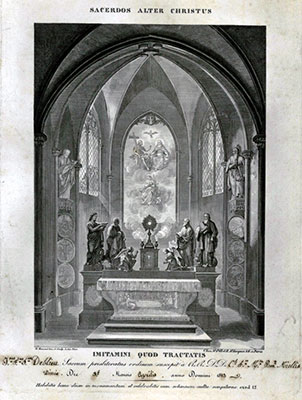 A remembrance of the priestly ordination of Fr. Deblieu

Fr. Jean-François Sébastien Deblieu, was ordained a priest in Aix in February 1813; he was one of the first five companions of the Founder. He participated in at least 17 of 40 missions preached by the Missionaries of Provence. In 1823 he left the Congregation, but he remained a very good priest and occupied many important posts in the diocese of Fréjus, his diocese of origin. (Krzysztof ZIELENDA, www.centremazenod.org/)