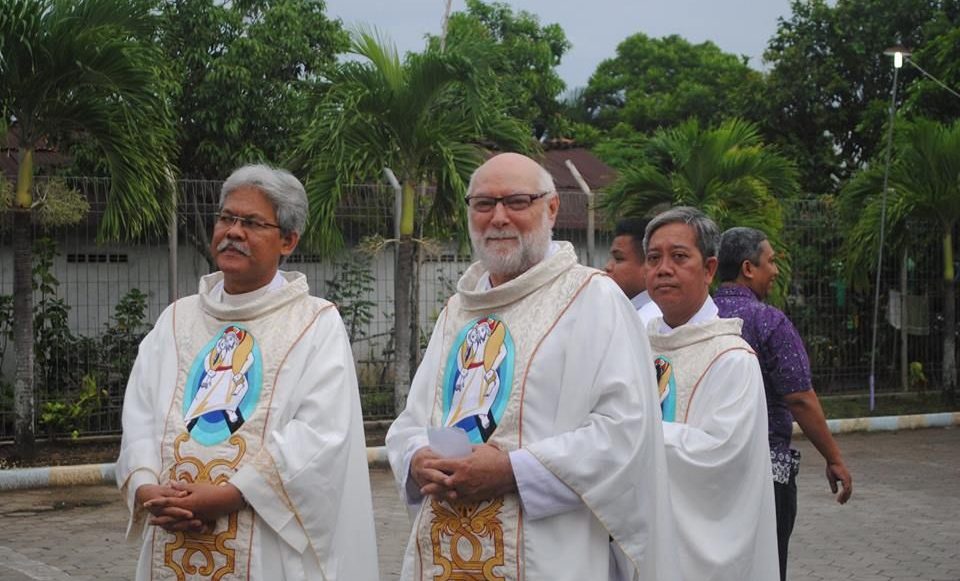 Celebrating the bicentenary in Central Java

The District of Purwokerto, Central Java, celebrated 200 years of the foundation of the Congregation with a Mass and a community gathering afterwards. 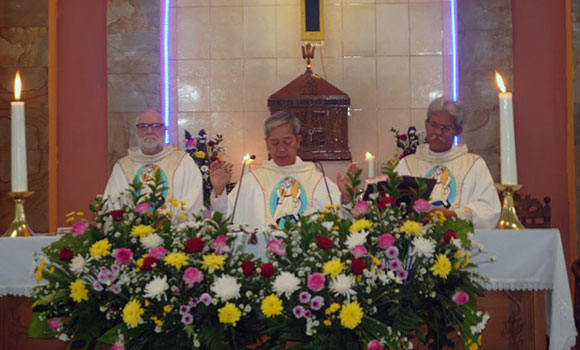 Firstly, all the Oblates of the District gathered in Cilacap Parish: Frs. Antonius RAJABANA, Yohanes DAMIANUS, Reynold SOMBOLAYUK, Fr. Niko Ola PAUKUMA), Frs. Charlie BURROWS, Vincent WATUN and Peter STOLL, as well as scholastic Petrus SIDABALOK. The Eucharist which was celebrated in a chapel about 5 km from the parish of Cilacap. 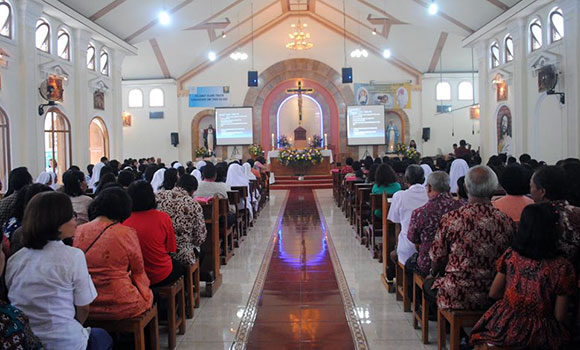 The Mass was packed with nearly 700 people. There was extra seats and canopies/tents to accommodate the extra crowd. The Vicar General and also the Dean of the diocese were present with several other diocesan and Missionaries of the Sacred Heart priests. The provincial, Fr. Rajabana, was the principal concelebrant. 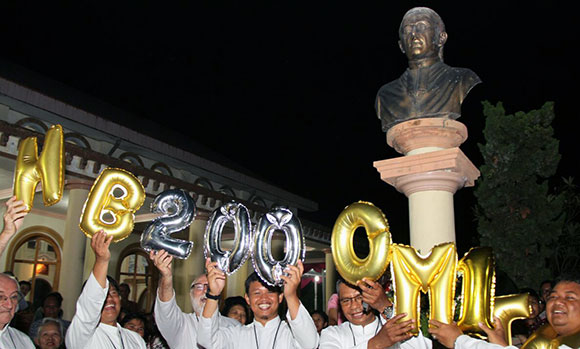 In his homily, the provincial spoke of the Founder’s experience that is now the basis of Oblate spirituality as well as St Paul’s experience, namely conversion and sacrifice. After the Eucharist, the Celebration Committee had prepared a few little ceremonies to mark the occasion: the traditional cutting of the cake as well as the cutting of the “tumpeng” – the cone shaped rice surrounded by assorted Indonesian dishes. Photos were taken and seven balloons were released into the night sky, representing the seven Oblates working in the District. Each balloon had a prayer attached to it. Afterwards, we all had a simple meal together. One of the endearing factors to this celebration was that there was a good number of young people involved. (Fr. Peter Subagyo Stoll)

Homily of the Archbishop of Aix, 24 January 2016
USA Associates make a bicentenary pilgrimage to Aix