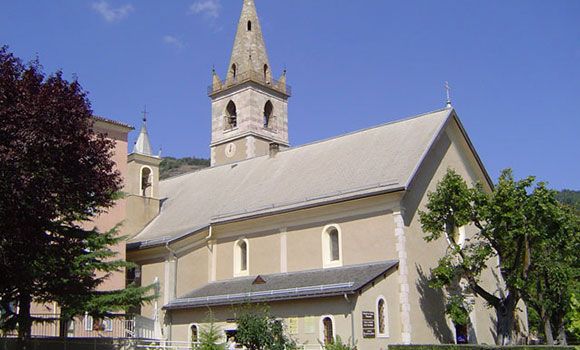 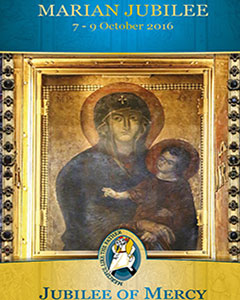 As part of the Jubilee of Mercy, on October 8-9, there will be a special event honoring Mary, the Mother of God. Many of our Oblate Marian shrines will probably commemorate this event in a special way. It is not surprising that this Congregation with a special devotion to Mary serves in 21 Marian Shrines. The Oblates also serve in 6 other shrines dedicated to various mysteries of Christ or of the saints. Perhaps there are even more! Some of these shrines were established by the Oblates themselves. Other shrines, such as the world-famous Shrine of Our Lady at Lourdes, France, have different origins, but the Oblates have been called to minister there.

We are celebrating this year the 200th anniversary of the founding of the Congregation when St. Eugene de Mazenod and a few diocesan priests came together primarily to evangelize through the preaching of parish missions. Essentially, they were working only in Provence and were still attached to their bishops. However, in 1818, the Missionaries of Provence received an invitation from the Vicar General of the Diocese of Digne to take charge of ministry at the Shrine of Notre Dame du Laus in the High Alps, some 160 km from Aix. It included the care of a parish community. 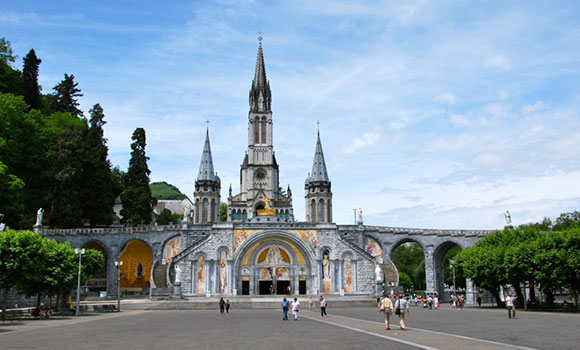 Our Lady of Lourdes, France

That would mean an entirely different type of ministry for Eugene de Mazenod’s missionaries. But even more significantly, since they would no longer be ministering only in Provence, the very nature of their community life would change. In well researched articles found on our international website (www.omiworld.org) under the “Library” link, Fr. Michel COURVOISIER goes into interesting detail about the soul-searching the missionaries went through and their ultimate decision to take on a new way of preaching missions at a Marian shrine. The Founder also decided to take some time at St-Laurent du Verdon to write a revised rule of life to fit their new circumstances of having more than one community. In effect, they were gradually becoming a congregation of religious. (1818-1819 Le projet de fondation au Laus et ses conséquences [in two parts]; texts in French only) 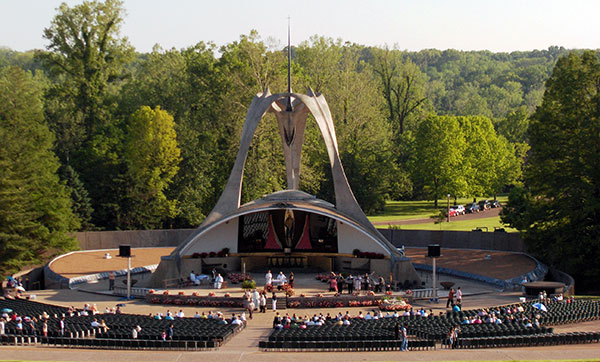 Our Lady of the Snows, Belleville, IL, USA

In August 2012, Fr. Frank SANTUCCI wrote in the blog “Eugene de Mazenod speaks to us” (http://www.eugenedemazenod.net/?p=1621) an article entitled: “The prototype of Oblate Shrine and Retreat House Ministry. 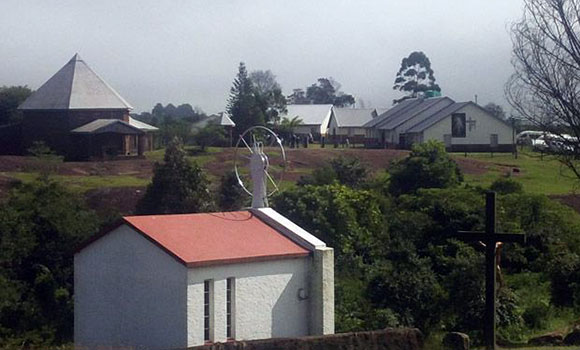 “Notre Dame du Laus was the first establishment of the Missionaries outside of Aix and it was a Marian sanctuary: a place of pilgrimage and a place where people came for some days of retreat. Because it was our first, it remains the prototype for this ministry in the five continents of the Oblate world today and sets the direction. 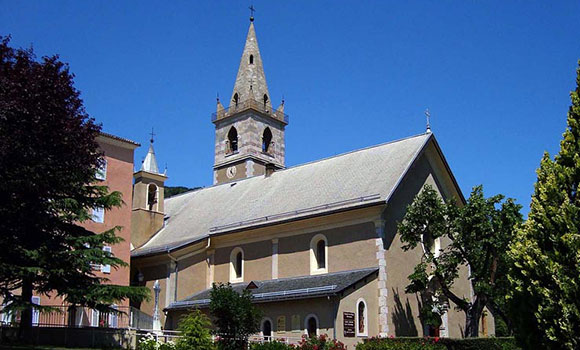 “It was first of all a place of ‘PERMANENT MISSION’. In other words, all that the Missionaries worked to achieve when they went to a town for a prolonged mission, they hoped to achieve during the short time spent by the pilgrims to the sanctuary. Sometimes in the space of a few hours! 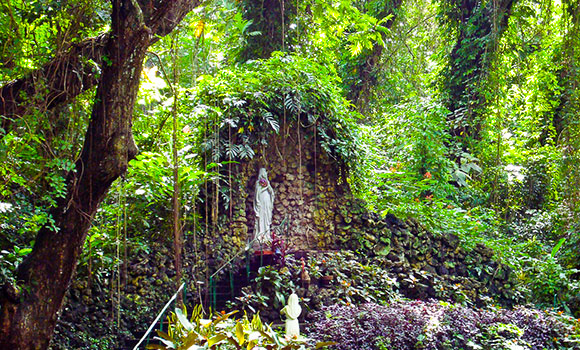 “The pilgrims came to honor Mary and to express their devotion to her. Building on this, the missionaries, made the experience of being with Mary an opportunity to focus with her on Jesus the Savior. All our Marian shrines were to be Christocentric.”

Some 197 years after the acceptance of shrine ministry by the Missionaries of Provence, the sons of St. Eugene de Mazenod continue to offer a place of peace and healing to men and women of many, many cultures.