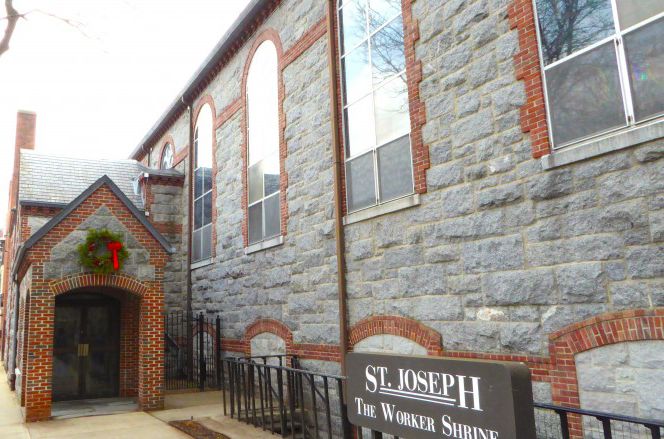 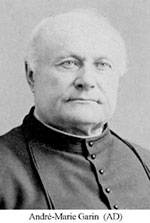 A young seminarian from Côte-Saint-André, France, André GARIN, entered the Oblates during Saint Eugene de Mazenod’s lifetime. At the end of his studies, André was sent as a missionary to Canada. In 1868 Father André Garin came to Lowell, Massachusetts, to preach a mission for the hundreds of working persons who had come there from Canada. The local diocesan priest, Father O’Brien, could only minister in English. This was a barrier for the many Canadians who were working in the area textile mills. A true disciple of Saint Eugene, Father Garin preached to the working people, not in “Provençal”, but in French as it was spoken in Canada.

During that first mission, enough money was raised by the donations of the working people to meet the down payment for an abandoned church structure at 37 Lee Street. This was the first parish established in Lowell to serve the spiritual needs of the French-speaking immigrants. Saint Joseph was selected as the patron.

As the French population grew, Father Garin began the construction of St. John the Baptist church in 1890 to accommodate more parishioners. The building on Lee Street remained as a chapel, and in 1956, with the encouragement of Richard Cardinal Cushing of Boston, it was blessed as a shrine in honor of St. Joseph the Worker. 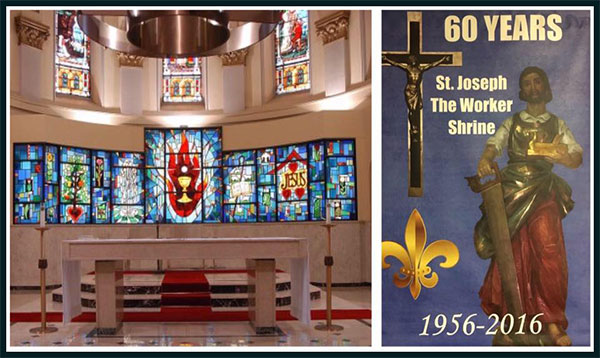 As part of the many events commemorating the establishment of the Shrine in 1956, historian and curator of the Oblate Historical Museum, Bro. Richard COTE, will be giving a series of four talks entitled “Oblate Heritage Series”. The presentations will focus on significant events in the Shrine’s history: The First Mass held in St. Joseph Church, May 3, 1868, and celebrated by Fr. Lucien LAGIER; the Founding of the Shrine by Fr. Eugene NOURY, May 10, 1956; the dedication of the Oblate Historical Museum by Fr. Hervé GAGNON, May 28, 1995; and the establishment of the first Oblate community in Lowell, November 1, 1868, with Fr. André Garin, OMI, as first Superior.