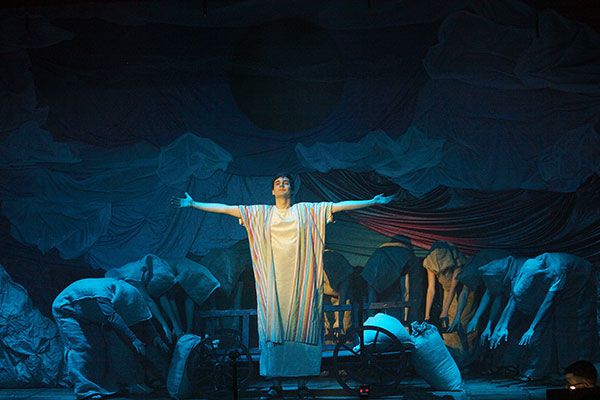 The theatre: a unique way of evangelization

In April and May of this year, the Oblate scholasticate in Obra staged a play, “Dreams of Power,” that perfectly corresponded to the atmosphere of the Year of Mercy. Since it was open to the general public, it also offered a unique opportunity for evangelization. “Dreams of power” is a musical based on the biblical story of Joseph “The Dreamer”, contained in the Book of Genesis (chapters 37-50). Adaptation of the original musical and its direction was undertaken by Fr Sebastian WISNIEWSKII, the professor of homiletics at Obra. The actors were chosen among the Oblate scholastics and youth members of the “Niniwa” Oblate youth movement from Obra and neighboring villages, including girls who in the “Sursum Corda Band” and the altar boys of the local parish. Preparations for the play began in January. The scholasticate’s auditorium become a real theatrical venue, with marvelous decorations portraying localities of ancient Egypt and the Holy Land.

Staging theatrical plays at the scholasticate at Obra is a long tradition and is done on yearly basis. However, this year’s initiative was unique because of the number of actors involved and the live performance of music, singing and dancing, as well as multimedia effects. The over two hours spent in Obra’s “theatre” seemed to pass quickly – the action was intense, the singing was beautiful and the actors gave all their heart to represent faithfully the Patriarchs, Egyptians and their families. 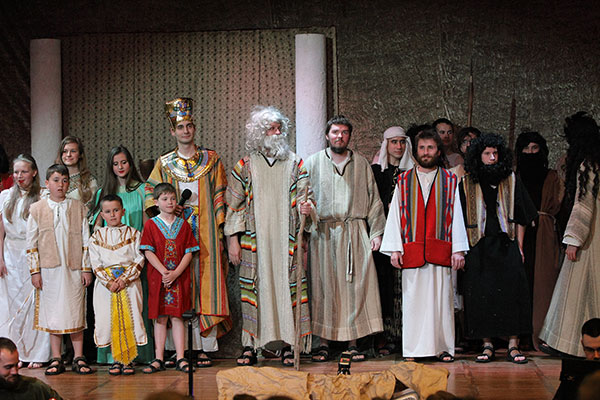 The performance was staged from April 15 to May 3 (a total of 22 times), always in front of a full house. It is no exaggeration to say that the musical was presented in front of a total number of some 6,000 people coming from Obra, the neighboring villages and cities as far away from Obra as Poznan. In some parishes, the pastors rented buses in order to visit our Oblate theatre with a larger group of parishioners.

The spectacle’s main focus on the immensity of God’s love. The story of Joseph made it clear that there is no evil from which God could not redeem a person. Each sinner can experience God’s love and turn away from what is causing him pain towards better life, full of forgiveness, love and service. The viewers were encouraged to find in their own lives the situations similar to those which were faced by biblical Joseph “The Dreamer”. Every situation can be an opportunity to seek and experience Divine Mercy. 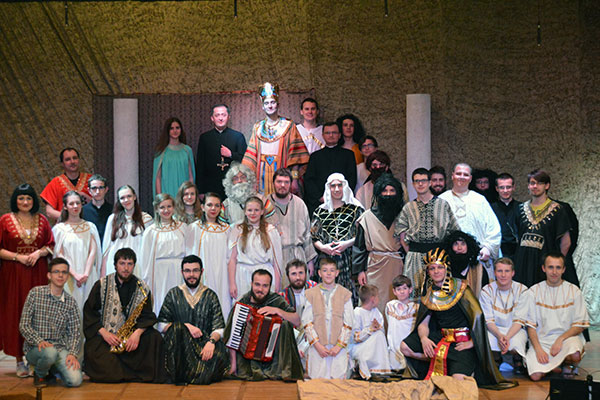 A very special group of viewers came to Obra on April 30. Some 80 parents and close relatives of our scholastics from all over the country came to the scholasticate to celebrate in a family way the 200th anniversary of the Oblate Congregation. They were happy to see the scholastics perform really well and enjoyed the fraternal atmosphere of the scholasticate. (Pawel ZAJAC)