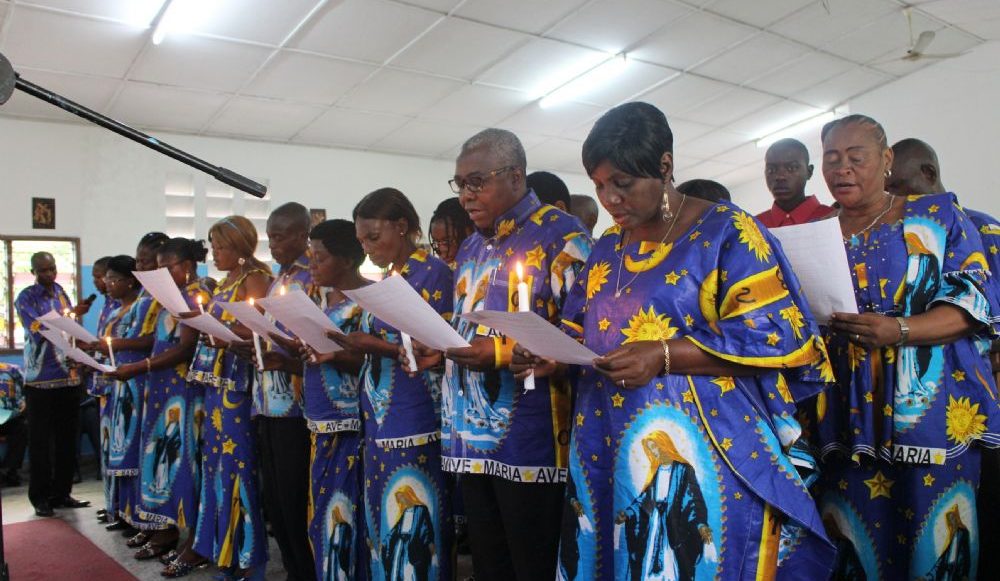 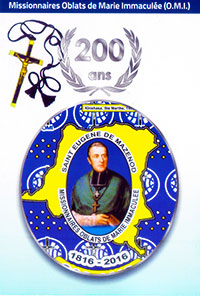 On Pentecost Sunday, May 15, about 40 men and women made either their first commitment or renewed their commitment as members of the Missionary Association of Mary Immaculate; the ceremony took place in the “Our Father” chapel of the Higher Institute of Applied Technology at Kinshasa, within the Saint Eloi Parish in Kinshasa-Barumbu. The MAMI is composed of lay associates of the Missionary Oblates of Mary Immaculate. They come from parishes served by the Oblates in Kinshasa, namely Saint Philippe, Saint Eloi, Saint Justin and Christ Savior. They prayed for the strength of the Holy Spirit so as to live, in the midst of the world, the charism of Saint Eugene de Mazenod, the French priest who founded the Congregation of the Oblates of Mary Immaculate in 1816, some 200 years ago. 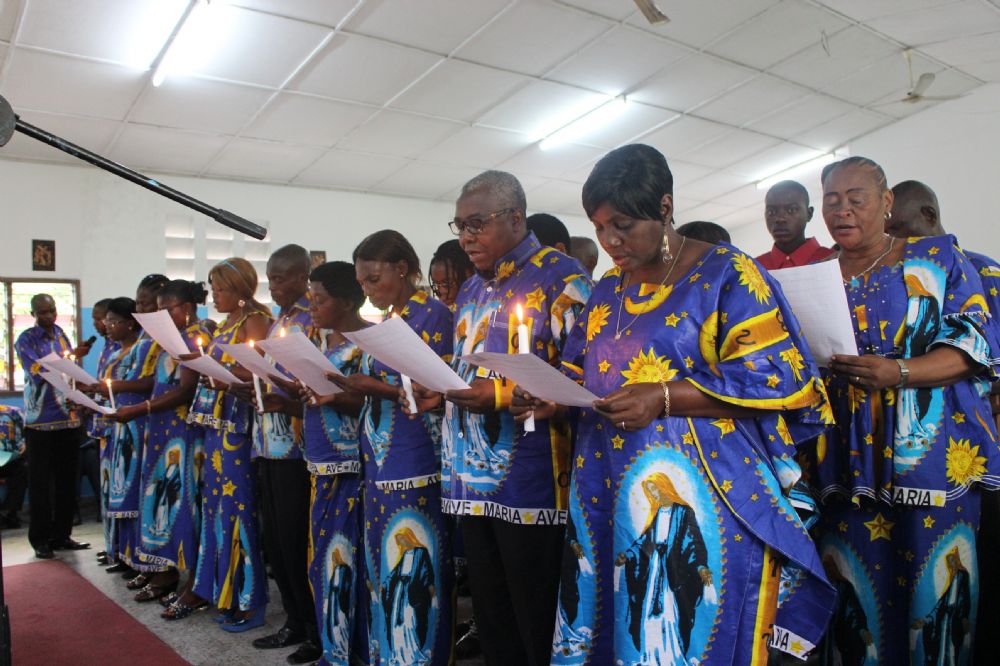 The assistant chaplain of the association, Father Gilbert KIKALULU, presided at the Eucharist and received the commitment of the laity in the name of the provincial superior of the Oblates, Father Abel NSOLO. Before the president of the association, Désiré Baere, the members promised their dedication to the group and to the Church. 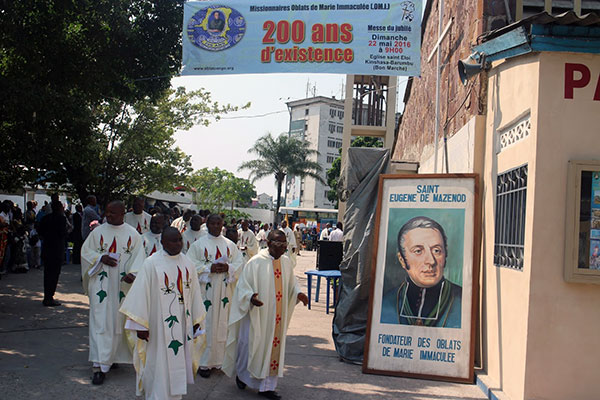 The commitment of the laity was the beginning of an entire week which the Missionary Oblates called the “Bicentenary Week.” It closed on Sunday, May 22, with a Mass presided by the Archbishop of Kinshasa, Cardinal Laurent Monsengwo, in Saint Eloi parish church in Kinshasa-Barumbu. During the week, conferences were organized in different parishes on the life of Saint Eugene de Mazenod and on the presence of the Missionary Oblates in the Democratic Republic of Congo and in Angola. On Friday and Saturday, there was a missionary exposition in the courtyard of the church of Saint Eloi. (JBMK/RV)