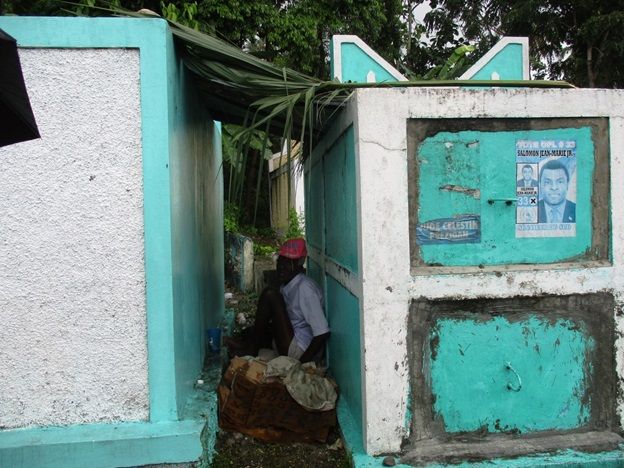 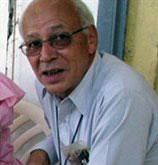 Fr. Alfred CHARPENTIER is the Director of Foyer St. Etienne, in Les Cayes, Haiti. He tells of a wonderful experience he recently witnessed.

During the 4th week Easter, in mid-April of this year (2016), all was going well and happily at the Foyer St. Etienne for the elderly poor in Les Cayes, Haïti. We had a full house of residents (at least we thought we did), 23 men and 17 women. We were still in our Easter mood after all the celebrations and events of the season: Christ is risen!

On Friday afternoon, as I was coming back from a routine visit of the Foyer, a delegation from a nearby parish was waiting for me at the mission house: the parish priest, Fr. Adam, and 3 members of his parish of Arniquet. I could never have imagined what they were to share with me today.

These good Samaritans were very concerned about an elderly man is his seventies who, they said, had recently been dumped on the village square, near the church and cemetery, late one night , and, surprisingly, had managed to drag himself into the cemetery and was now living between two burial vaults covered by palm branches. People were watching over him, sometimes bringing him food and drink, etc., but did not know what do with him, until someone mentioned the Foyer St Etienne for the elderly poor in Les Cayes, the only Foyer in the area that handled these cases. I had to tell them that our place was full to capacity, but that we would try to squeeze him in anyway as soon as possible; at least they did not get “no” for an answer.

Then the rainy season started with regular intervals of showers and downpours. That was for me a very concrete sign from above: do something fast! On Monday, April 25, we sent our scout, Yvenel, to check on the cemetery resident, with a camera to take pictures.

After seeing the pictures and hearing the report of our drenched scout, we called the parish and told Fr. Adam that a place at the Foyer was waiting for their Lazarus. They could bring him in early the next day. It was easy to convince two residents of the men’s wing to squeeze in Lazarus after hearing the reason why. Precil (blind and infirm) and Alphonse (unable to walk) both agreed to have a third resident living with them. After all, both had been rescued from the streets years before in a similar way. And so, our Lazarus finally arrived on a rainy Tuesday, in a volunteered pickup truck, accompanied by total strangers (including a priest), all good Samaritans.

Our Lazarus was introduced to us as Nicolas Ajeun (in French Ajeun means fasting). He was wheeled in, weak and distraught, unable to walk and very hungry and cold. In the few weeks he has been under our care, his memory is back, he eats like a horse, and is now able to get around a few times a day for therapy with his walker. The doctors say that he is in relatively good health now. Soon he should be able to get around on his own if he makes the daily efforts. Nicolas is a regular now in our sitting room crowd and is getting to know his fellow residents. All we know about him so far is that he is originally from an Oblate parish on the southern coast, Les Anglais. He moved to a place called La Ferme, a few miles away from where we found him; he has 5 children ( nowhere to be seen) and at one time he was a field worker for hire.

At our recent Pentecost celebration and party (we try to have as many parties and celebrations as possible to break the routine and to have fun together) he began to smile again. Yes, he is risen from his Lazarus tomb! Someday we might find out why him?…why us? In this Holy Year of Mercy, the Lord calls upon everyone, even the poorest of the poor, to be merciful towards one another.