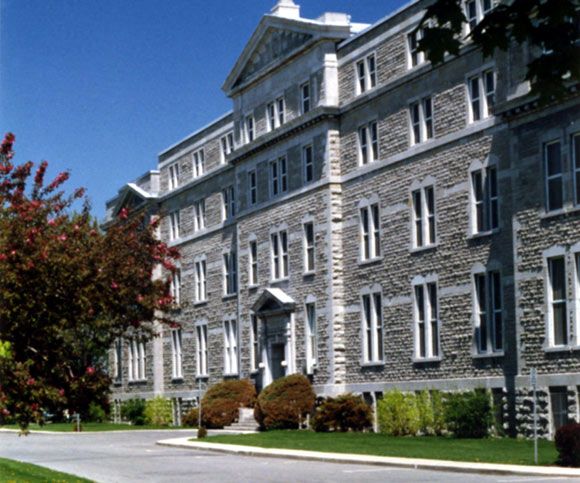 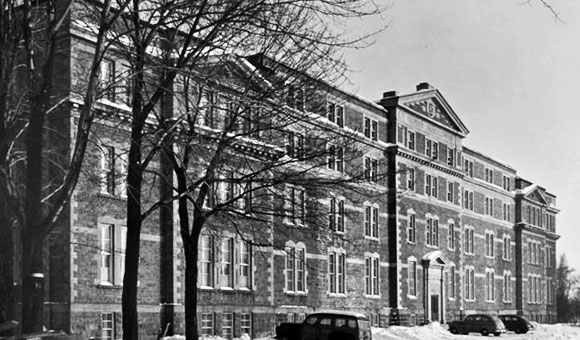 In 1885, the Missionary Oblates of Mary Immaculate built Saint Joseph Scholasticate in the eastern part of Ottawa. It was a huge building along the Rideau River, its façade looked out upon Main Street. The scholasticate was home to hundreds of young Oblates who were studying philosophy and theology while preparing for missionary life throughout the world. In 1971, the scholasticate moved from the site and the building was named “Edifice Deschâtelets” in honor of Father Leo Deschâtelets, former superior of the house who was elected Superior General of the Missionary Oblates in Rome. “Edifice Deschâtelets” offered lodging for priests, religious men and women and laity who were studying at Saint Paul University. The Deschâtelets Archives had been located there since 1920 but they were moved to Richelieu (QC) in 2014. 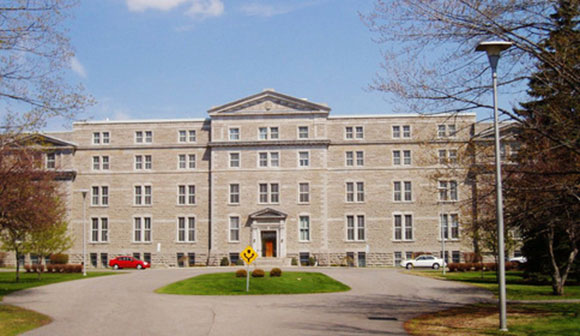 In recent years, the building became too large for the needs of its community because of the decreasing numbers. Therefore, the Oblates sold the property to a firm that will develop it into different types of housing. 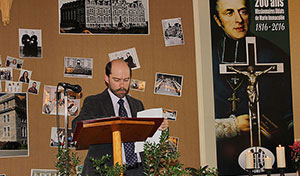 Last May 19, more than 170 persons answered an invitation to live a moment of thanksgiving and fraternity while remembering the life and mission of this house. The Liturgy of the Word, presided by the Provincial, Fr. Luc TARDIF, was a time for listening to some texts from Sacred Scripture and then to a historical presentation by Pierre HURTUBISE. There were also some symbolic gestures to illustrate the many groups who have lived there or visited the site.

Present were several bishops, some members of the Lacombe Province and a large representation of some of the communities of Sisters who worked in the house, among others: the Little Sisters of the Holy Family and the Sisters of the Sacred Heart, our neighbors. Oblate associates of the region were also represented, as well as the employees and some representative from the Universities of Saint Paul and Ottawa.

Our confrere, Paul ARSENAULT, led the singing, accompanied by Martin Brossard from the Shrine of Notre-Dame-du-Cap. During the meal, there was an atmosphere of a homecoming and the joy of coming together with so many memories. To foster this atmosphere, a group of confreres offered some songs from La Blanche, the former summer camp. One of the former Oblates who had been invited made this remark at the end of the gathering: “I came here with a heavy heart and in low spirits, but I leave now filled with a huge sense of gratitude.”

This closure is certainly a moment of profound sadness but the last word is still hope because life will win out, but in a different way. A huge thank you to all those who made this celebration not only possible but memorable. (INFO OMI, 1 June 2016)