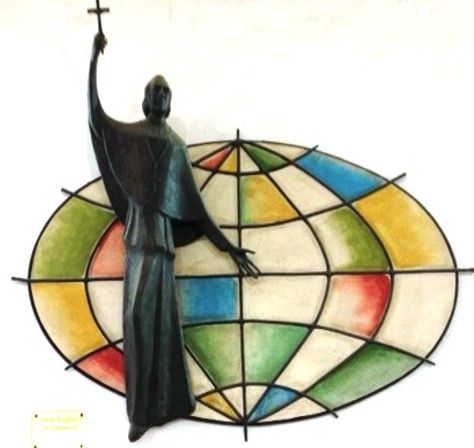 On 14 September 2016, 82 Oblates of Mary Immaculate will begin an historic journey that occurs approximately every six years: the 36th General Chapter. From the chapel of the General House of the Brothers of the Christian Schools in Rome, while singing the Veni, Creator Spiritus, they will move in procession to the great Aula where the Superior General, Fr. Louis LOUGEN, will officially open the meeting.

Some of those at the Chapter will be there “ex officio” (see names in BOLD). Five Brothers (names in ITALICS), one from each Region, have been invited by the Superior General. The rest were elected by their fellow Oblates from the various Regions, their number based on the number of professed Oblates in the Region.

There will be the “wisdom of age” and the “wisdom of youth.” The youngest capitular is 34 years old; the “senior capitular” is 79; both are from the Region of Africa-Madagascar. The median age is 52. The mean or average age is 53.8.

In addition to the capitulars, there will be some 48 Oblates (31 priests, 1 Brother, and 16 scholastics) serving as auxiliary personnel to help the smooth day-to-day operation of the Chapter. The scholastics are students at the International Roman Scholasticate and the Italian Province’s International Scholasticate in Vermicino, just outside of Rome.

Throughout the Chapter, the Oblate Information Service will provide updates on the Congregation’s website (www.omiworld.org).