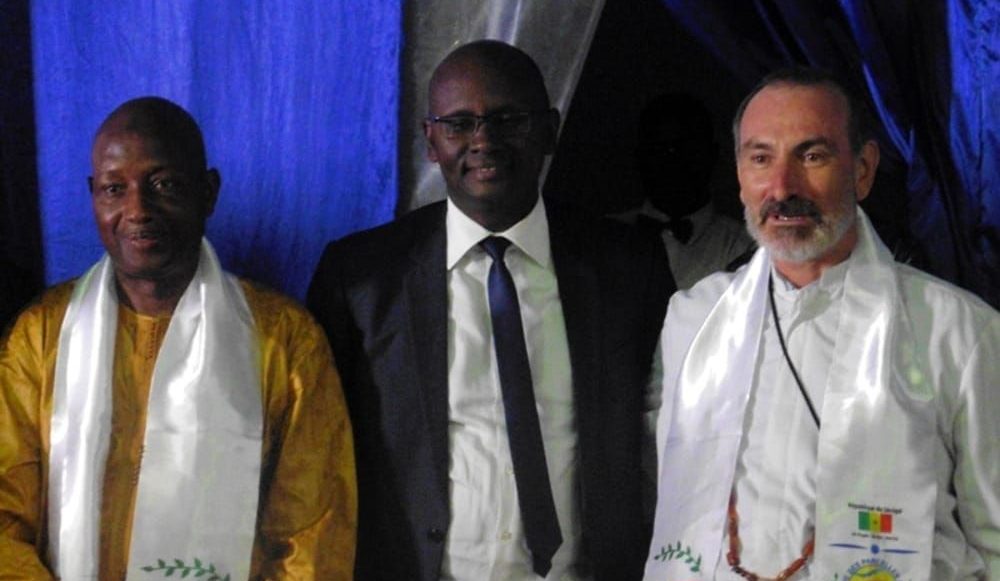 The keys to the city for an Oblate 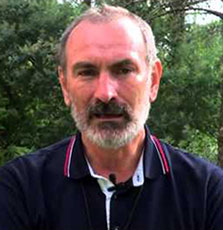 During an evening gala, in the context of the twentieth anniversary of the founding of the township of Parcelles Assainies, a big area of three hundred thousand inhabitants on the outskirts of Dakar, Father Flavio FACCHIN, parish priest there from 2003 until 2013, received the keys to the city from the Mayor, Mr. Moussa Sy. The Missionary Oblates have taken care of Mary Immaculate Parish there since 1982.

This highly symbolic distinction was established for the first time by the chief magistrate of the city as a sign of exemplary collaboration between the two institutions. The Mayor was able to briefly trace the highlights of this collaboration in his speech, presenting Father Flavio as someone who was able to work to bring the two institutions together by promoting the commitment of Christians in the political and administrative life of the city.

Indeed, throughout his service as pastor at Mary Immaculate, Father Flavio has always tried to urge Christians to become involved in the social and political life of their communities by encouraging the commitment of several of them to political life. Christians are a small minority in Senegal in general and especially in Parcelles Assainies, but today their presence and commitment are hailed as an example in the context of Muslim-Christian dialogue and in taking charge of the destiny of the town. It is a huge challenge because Parcelles Assainies is one of the major townships in the suburbs of Dakar, with its problems and its many challenges. 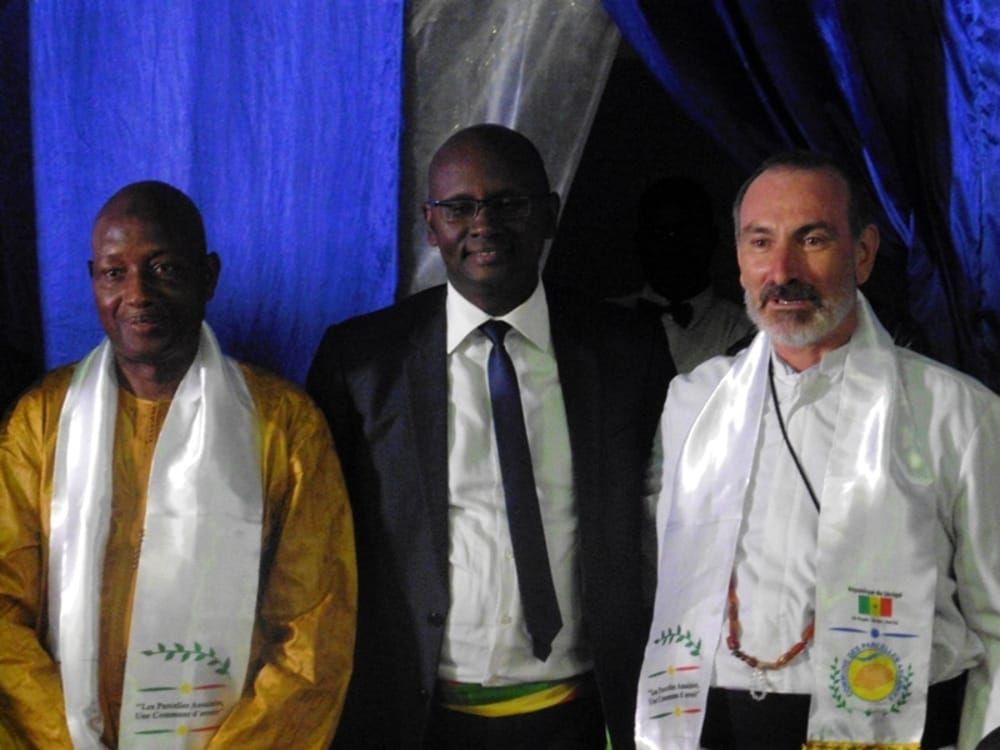 Addressing the three hundred guests at the gala dinner – authorities, local dignitaries, traditional leaders, imams, people from show business and culture, administrators — the Mayor praised these relationships by tracing the steps, over the course of years, that have worked for the welfare of young people in particular. Today, all the civil and religious events which the City Hall and Mary Immaculate Parish organize are the result of intense collaboration and reflect the deep and lasting relations between the two institutions.

With this symbolic handing over of the keys of the city to Father Flavio, the entire effort of the Missionary Oblates of Mary Immaculate who have worked in the area since 1982 is rewarded. In this year of the bicentennial of the founding of the Congregation and the 40th anniversary of the arrival of the Oblates in Senegal, this honor only provides further evidence, if it was need, of the involvement of the Oblates in their mission and of their concrete service to the promotion of dialogue and the growth of a conscious and responsible laity.