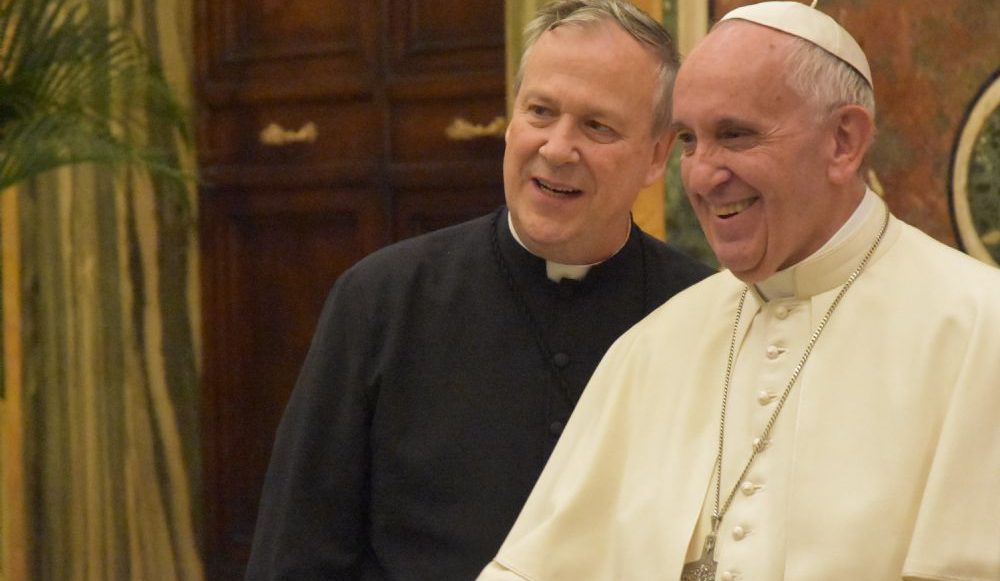 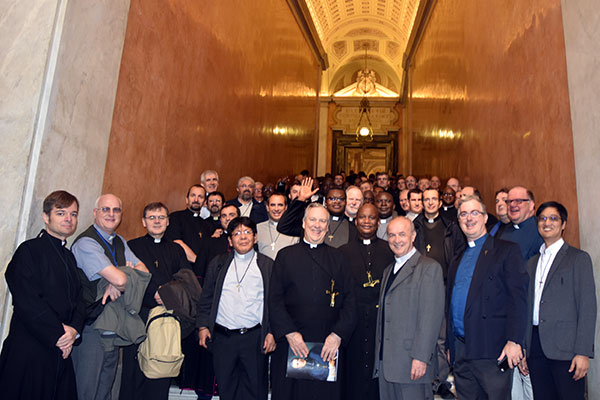 The Sala Clementina in the Vatican was completed by Pope Clement VIII in 1595. To get there this morning, the Oblates had to climb many, many stairs. But the climb and the wait for Pope Francis were well worth the effort. The smiling and gracious successor of Peter first greeted the Superior General, Fr. Louis LOUGEN, with a fatherly embrace and then he spoke to the Oblates gathered there, including the capitulars, the auxiliary personnel, scholastics from the International Roman Scholasticate and the Mediterranean Province Scholasticate and Oblates from the General House. 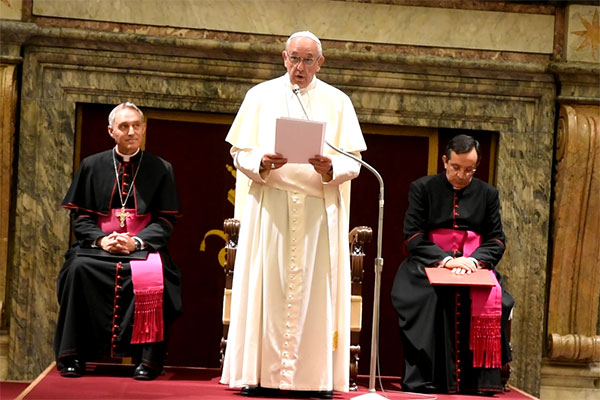 Among other things, he reminded us of the canonization homily of 1995: “On the day of his canonization, St. John Paul II defined Father de Mazenod a ‘man of Advent’, docile to the Holy Spirit in reading the signs of the times and aiding the work of God in the story of the Church. May these characteristics be present in you, his children. May you also be ‘men of Advent’, capable of discerning the signs of the new times and guiding your brothers on the paths which God opens in the Church and in the world.” 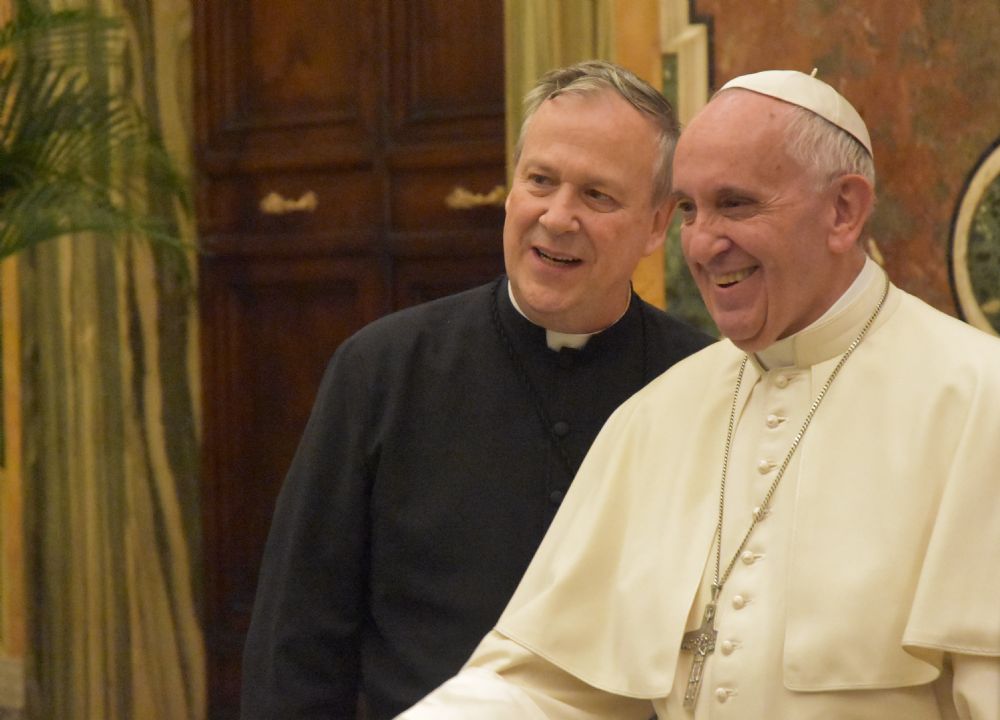 Perhaps the pope was thinking of his own letter, ‘The Joy of the Gospel” when he said to the Oblates: “May the joy of the Gospel shine above all on your faces and make you joyous witnesses. Following the example of the Founder, may ‘among yourselves practice charity’ be your first rule of life and the premise of every apostolic action; and may ‘zeal for the salvation of souls’ be the natural consequence of your fraternal charity.”

The entire talk can be found, in English, on the Vatican website. 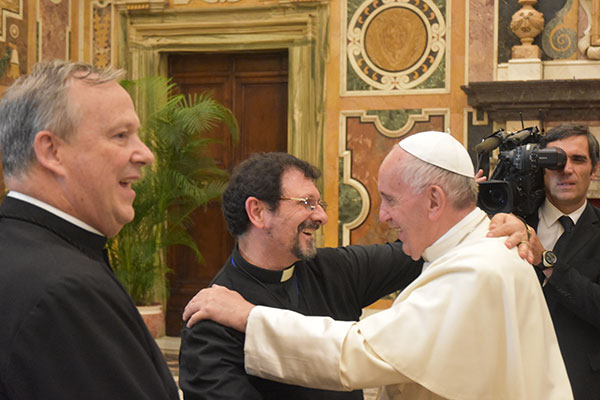 Before the Holy Father spoke, the Superior General addressed him in the name of the Congregation. The pope was particularly amused when Fr. Lougen pointed out that the Oblates are having a General Chapter just like the pope’s fellow Jesuits. Pope Francis was also happy to greet his fellow Argentinian, Fr. Antonio MARIANGELI, the provincial of the Province of Argentina-Chile. All of the Oblates who were present were able to greet the Holy Father personally and receive the gift of a rosary. 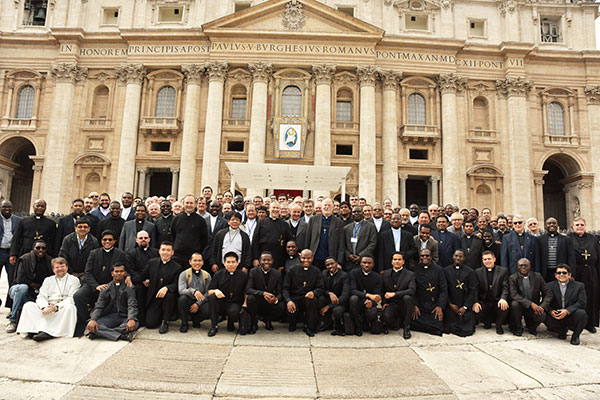 In the afternoon, it was back to work for the capitulars as they discussed and sought consensus on the missionary orientations of the Congregation for the next six years.