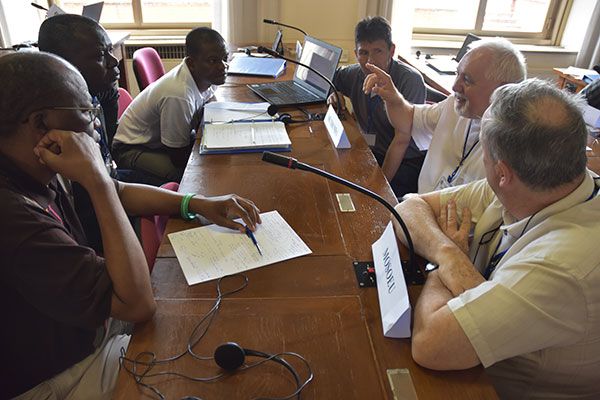 Only the morning of this final Saturday of the Chapter was used for work. The rest of the day was free. The José Gerard scholasticate community in Paraguay joined with the capitulars in prayer today.

As always happens at a General Chapter, the final days are spent in discussing proposals on various issues that are related to the Chapter’s theme: the Oblate Mission. Drafting committees are hard at work preparing the final versions of what will go down in Oblate history as the offering of the 36th General Chapter at the beginning of the third century of our existence.

To round out the day, some of the capitulars participated in the Marian Vigil for the Year of Mercy, led by Pope Francis in St. Peter’s Square.