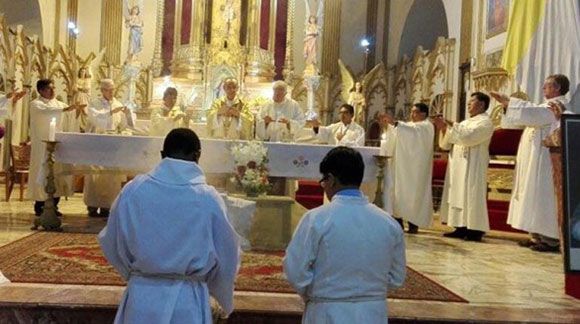 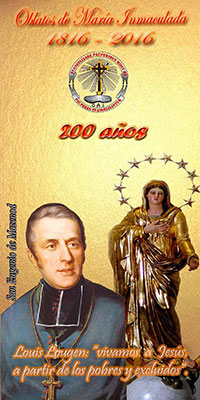 The Missionary Oblates of Mary Immaculate, present in the Bolivian Church since June of 1952, are celebrating the 200thanniversary of the founding of their religious Congregation.

The 200th jubilee began in Rome on 25 January 2016, and will have its climax on 8 December in the city of Cochabamba, with a solemn Eucharist in the cathedral, presided by the Bishop-emeritus of Cochabamba, Msgr. Tito Solari.

There were two foundations in Bolivia. The first was in the region of the Chaco in 1925. At the end of the Chaco war, the missionaries remained in Paraguay and founded the mission of the Vicariate of Pilcomayo. Then in 1952, the missionaries came again, but this time to the mining regions of Norte de Potosi; from there, they spread out to various parts of the country. Their presence is important because they have always dedicated their mission to the poor and the humble, to the farm workers and the miners. Presently, the missionaries are in La Paz, Cochabamba, Norte de Potosi, Oruro and Santa Cruz.

Today, the Missionary Oblates face new challenges, as Pope Francis told them: “The Church, along with the entire world, is experiencing an age of great transformation, in the most diverse of fields. It needs men who carry in their hearts the same love for Jesus Christ that lived in the heart of the young Eugene de Mazenod, and the same unconditional love for the Church, which strives to be an ever more open house. It is important to work for a Church that is for everyone, a Church that is ready to welcome and to accompany! The work to be done in order to achieve all of this is vast; and all of you also have your own specific contribution to offer.”

Some of their important works:

· RADIO PIO XII is one of their most representative works. Many of the missionaries have understood the importance of living, working and building, with the people, a more just and united society.

· CEPROMI accompanies many groups of women, fostering their dignity and their active participation in society.

· CEPA helps indigenous peoples to build upon their own history and support the defense of the environment and the care of our common home.

· All of their parishes try to be MISSIONARY PARISHES that focus on bringing the Good News to all peoples. 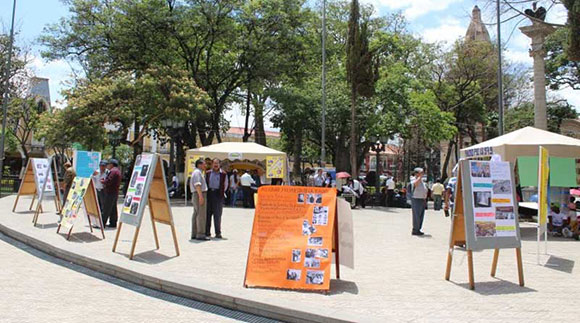 Some names are preserved in the annals of Church history. Father Gregorio IRIARTE, with his analysis of reality, has made us understand and change. With his enlightening books, we can easily look at a Church that lets itself be challenged and engages in social transformation. Then there is Father Mauricio LEFEBVRE who was shot to death in the days of the dictatorship; he founded the faculty of sociology at the Universidad Mayor de San Andrés in La Paz. He is well remembered for working to build a better Bolivia. (Fr. Guillermo SILES PAZ)