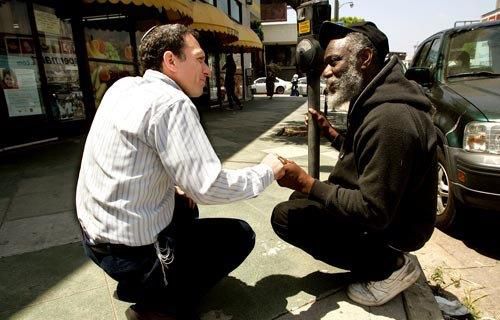 Outreach to the insecure

Brother Daniel DIONNE has been a professed Oblate since 1990. As such, he has served in various ways, both in his native Canada and in the United States. Here, he reflects upon the faces of the poor as he has seen them.

So far my journey has taken me across Western Canada, in the most isolated communities of the far North and recently, the Southern United States: New Orleans. Now heading Northeast, I have arrived in Hamilton, Ontario. There are many things that make these places different from each other, but much more important are some common concerns.

When I lived in the smaller, less populated communities, the needs of the poor fell on the community as a whole. In this, I have witnessed many beautiful acts of mercy in these places. In the larger populated cities, I witnessed a desire to do more to address poverty. The problem is that poverty has so many faces and requires a special lens to respond – poverty of food and clothing and the many kinds of medical needs. There are so many specific needs which all require a different response. Perhaps an area of concern which is gaining the most attention in our current society is mental illnesses and emotional disorders.

I named this article “Outreach to the “insecure”. The reason I use this word “insecure” is that I believe insecurities are temporary and they can be mostly overcome. Everywhere I have been, I have noticed there has often been a desire to try to help the insecure person, and even though it may be a short term help, the effort continues and the desire to reach out to people has been encouraged. 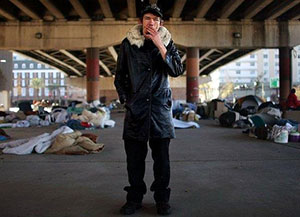 Do not for a second think that it is simply handing the person a bit of food, money or clothing that gives us the greatest reward. The greatest return always comes in the gratitude a person often expresses; and this comes when we simply spend the time to listen and empathize. Most often the call is for “unconditional love”, like that which we always hear about in the Gospel: “Love one another as I have loved you”. It is fitting that the parish pastoral team has chosen this as their motto because it is something everyone can do and costs us only time and it works best, with no judgment.

In New Orleans our team saw the homeless and insecure as either people who are looking for a handout, those in need and those who are the most poor. We provided outreach to all of these people but we did notice that the real homeless and disparaged people were very easy to miss. Some of our people were very loud and drew attention to themselves but were not homeless or as poor as they would have you believe. The opposite was true of the truly poor, those who have nothing. They never turned attention to themselves and were almost always very silent. Don’t miss the opportunity to meet these people on their terms and know what Christ meant when he said “The poor you will always have with you, but you will not always have Me” Matt. 26:11. Now that Jesus has risen we turn to the poor once again, and this time we can see the face of Christ in each person we meet; and we wonder if they see in us the unconditional love that has been instilled in our hearts. (http://www.omilacombe.ca/)

Celebrating our 200 years
A Cardinal for Lesotho