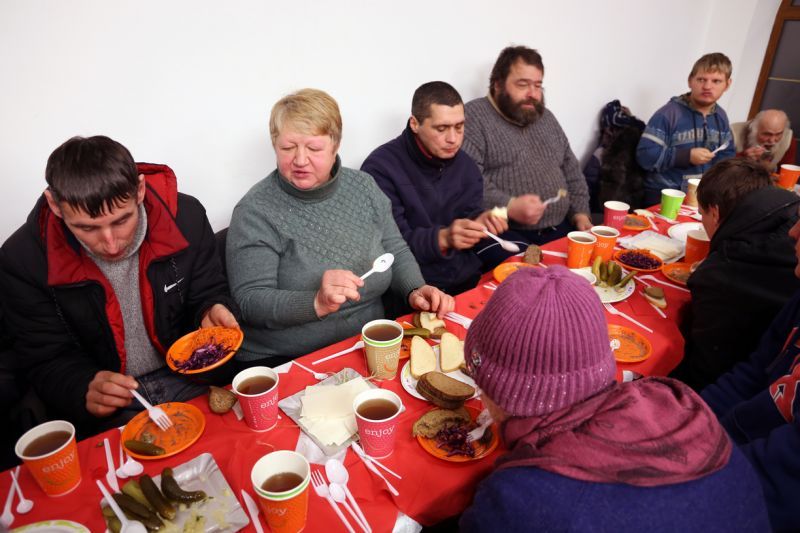 Christmas Eve with the poor

It was very cold in Kyiv on the 6th of January: -15C. But the Missionary Oblates of Mary Immaculate of the Assumption of the Blessed Virgin Mary parish organized a Christmas Vigil in the parish center for about 400 elderly, homeless people of Kyiv, people who are forced to beg. (Eastern Rite Christians celebrate Christmas on the 7th of January.) 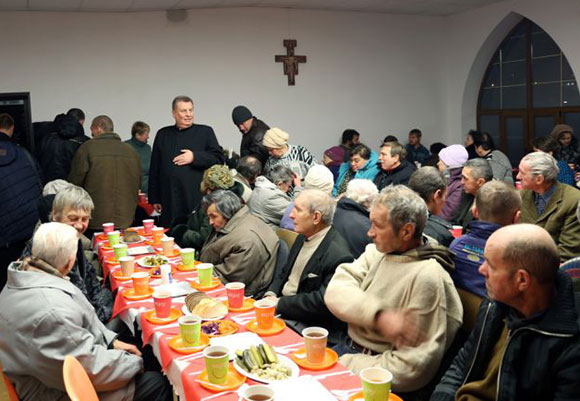 This was not an everyday activity, but a feast around the table with old friends. The Oblates were happy that on that extremely cold day, the poor came together and were warm and safe. Through this action, the Oblates wanted to remind everyone that when it is cold, one should pay attention to those who live on the streets. Even sharing with about 500 poor a simple bowl of soup twice a week helps them to stay awake in the cold and to save their lives when it is –15C outdoors. 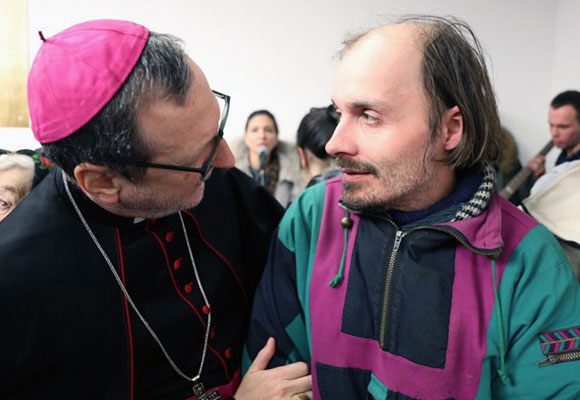 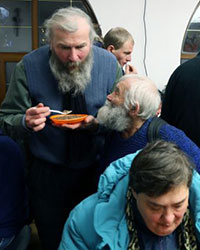 The table was beautifully decorated. According to the Christmas Eve tradition, there were 12 homemade food dishes prepared. Thus, the poor could feel themselves at home, a place which they had suddenly lost due to the war in the eastern part of Ukraine. Celebrating with the poor were the Apostolic Nuncio to Ukraine, Archbishop Claudio Gugerotti; the President of Caritas Ukraine, Fr. Petro Zharkovsky; the Superior of the Oblate Delegation, Fr. Pavlo VYSHKOVSKYI and the Oblates of the media community together with Brother Sebastian JANKOWSKI who takes care of the poor every day.

The poor people greeted the Apostolic Nuncio and told him how much good they receive from God through the Missionary Oblates who have been engaged with them for the past 4 years. The Nuncio sincerely thanked the Missionary Oblates for their service in favor of the poor and wished that the poor might feel on this holy night the love of God who never leaves them alone, even on a cold evening, when we remember his birth.

To prepare a great feast like this, the help of many people was needed: the volunteers who are regularly helping the Missionary Oblates, as well as the donors from the other Oblate Units. When we missionaries lack money in order to feed the poor weekly, we stand in front of the church begging, exactly like our poor friends do. So we sincerely thank each and everybody who helps us!