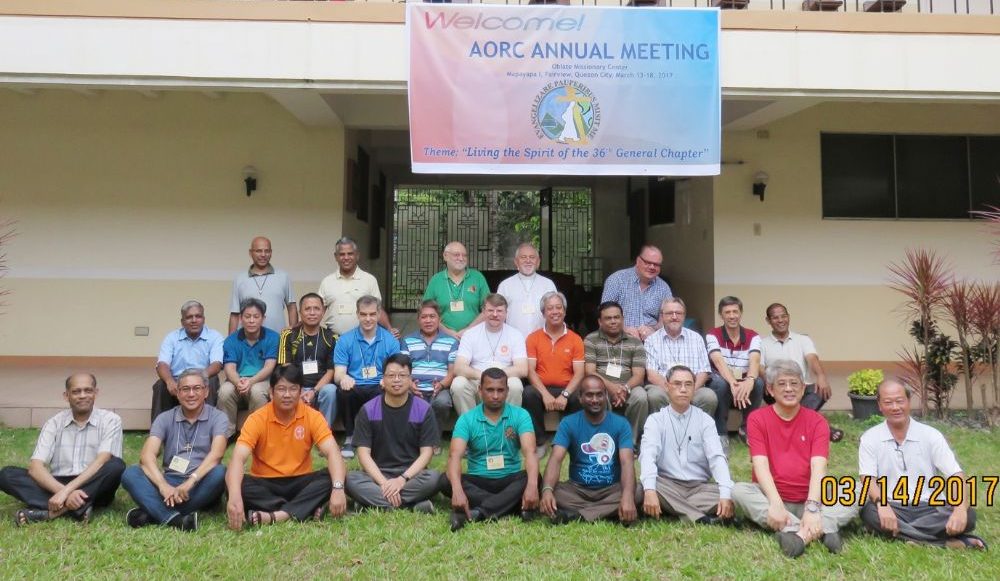 The Treasurers, Provincial and Delegation Superiors of Asia-Oceania converged at the Oblate Missionary Center, Quezon City, for a 6-day meeting to deliberate on the Oblate mission in their respective units and plan their collective response to the call of the 36th Oblate General Chapter that was held last 14 September to 6 October, 2016 in Rome.

The first day, 13 March, 2017, was opened with a Liturgy led by the O.M.I. Scholastics. Seven candles were lit by AORC representatives to symbolize the gifts of the Holy Spirit. Fr. Marc DESSUREAULT, Treasurer General, presented “Mission and Finance: The Reflection of the 36th Chapter” emanating from the Word of God, OMI Constitution and Rules, and Oblate Values. 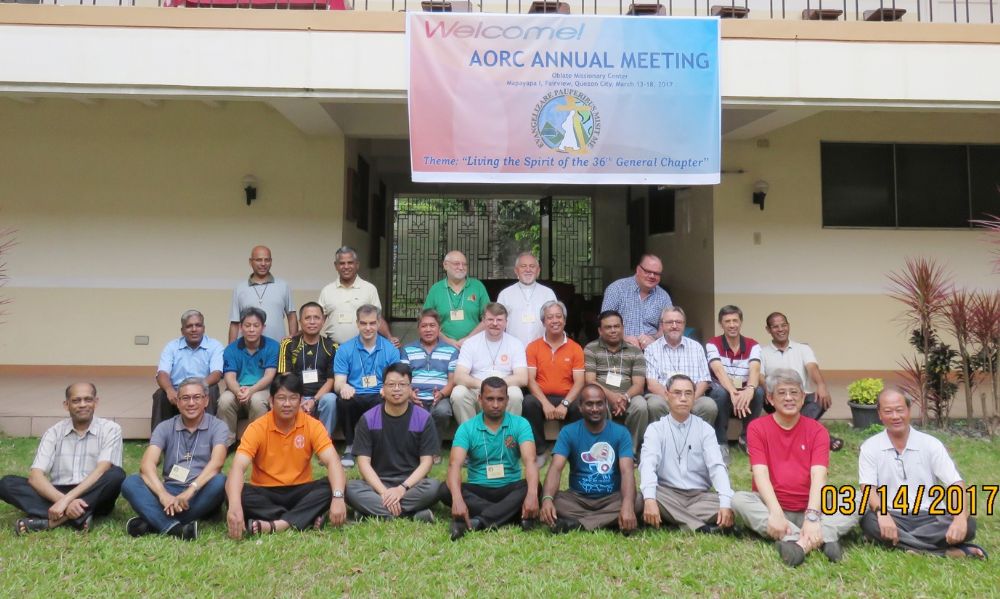 He illustrated the challenges in this regard: living the Oblate vow of poverty and holding all things in common, transparency in the realm of finance, managing finances especially for first formation which often accounts for 80 to 90% of the budget, and contracts in the dioceses. The Oblates are therefore called to change their mindsets to be able to say among themselves, “Your community is my community; your mission is my mission.” It would mean “changing the individual mindset regarding responsibility for finances and property to a community mindset; changing our community mindset to the unit mindset; changing the unit mindset to the regional mindset; and changing the regional mindset to the mindset of the Congregation.” In so doing, it would help the Oblates to embrace a spirit of sharing and recognize the call for each unit to generate funds locally in order to improve a relative financial sustainability.

Among the strategies mentioned by Fr. Marc were: having an effective financial committee, not just as a thought, but as something which has to be done; employment of professionals; the need for an Oblate personnel to take responsibility; the serious living out of the vow of poverty that must start in first formation and also, having the sense of belonging on the part of the formandi towards finances.

The Report of the General Councilor for AORC, Fr. Peter STOLL, covered The Chapter Acts, appointments and calendar otems. After the General Chapter, the January- February Plenary Session Meeting was spent carefully studying how the next six years will be dedicated to follow up on the various Chapter directions and recommendations.