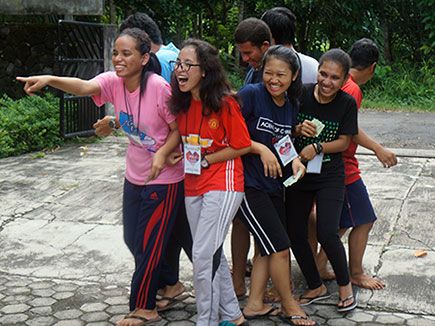 Based on one of the items in the new mission of the Oblates in the Indonesian Province(Strengthening the role and service to the youth), a strategy and recommendations have been sent to all Oblate Communities to help them in forming a group of youth called Putera-Puteri de Mazenod (Sons and Daughters of Eugene de Mazenod [PPdM]). Actually, such a group has already existed in the Oblate community of Cilacap, Central Java, since 2007. 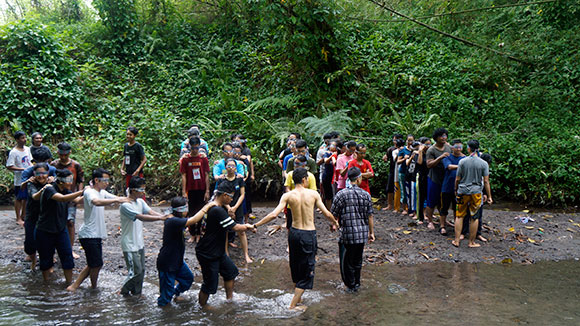 The formation house in Yogyakarta has begun to form a group of PPdM. On Febuary 18-19,2017, about fifty youth gathered in our novitiate for a retreat called “One Heart, One Love, Sharing Joyfully with Others”. This event was a programme of initiation for new members of PPdM. They focused on friendship, community, and family, in the spirit of the Youth Association formed by St. Eugene de Mazenod. There was also an evening of recreation to build togetherness and fraternity among them, and games to build their teamwork skills. An Initiation Rite in the river and Holy Eucharist marked the end of the programme. 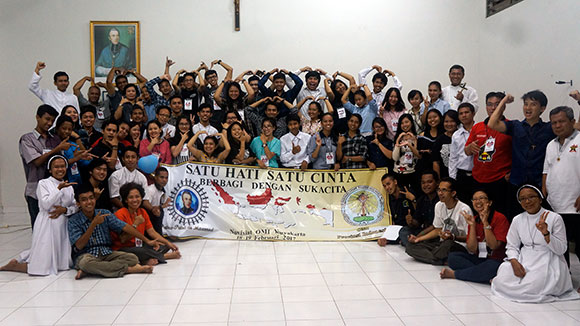 PPdM is a group of youth, gathered to live the spirituality and charism of St. Eugene de Mazoned. The PPdM meets monthly to pray the Oblate Vocation Prayer. It is attended by Oblates, youth, lay Oblates, and sometimes even by nuns. Through PPdM, it is hoped that there will also be a good response to the call to Oblate life. Scholastic Hendrianus WENDI leads the PPdM of Yogyakarta. He was appointed by the Formation District Superior, Fr. Antonius WIDIATMOKO to take charge of this group. (Caraka Team)

Fulfilling a Chapter mandate
Letter of the Superior General for the Feast of St. Eugene de Mazenod