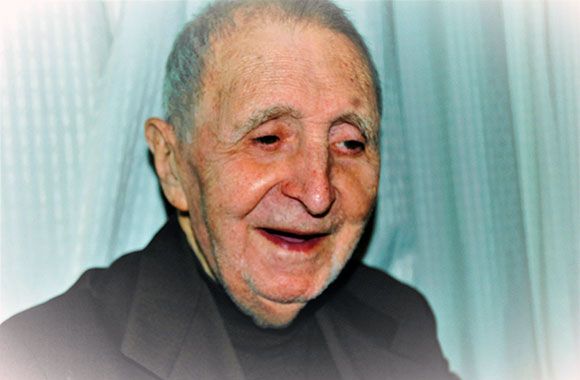 In 2010, Brother Giuseppe D’ORAZIO announced that he hoped to die during the General Chapter “so that there will be lots of Oblates at my funeral!” He had already celebrated his 90th birthday that year on February 24 and he was becoming ever more frail. But he did not get his wish that year….nor even during the next Chapter in 2016. But on May 17, 2017, during the month dedicated to his Madonna, the Mother of Jesus, and a few days before the feast of the Oblate Founder to whom he was greatly devoted, he finally made the journey to the Father’s House. What an encounter in heaven that must have been!

Having professed his first vows in the atmosphere of war in Italy in 1941, he became part of the General House community in 1947 when the Superior General, Fr. Leo Deschâtelets, called him to Rome. He lived 70 years of service to the whole Congregation at its center.

There is probably no Oblate in the world that has left such widespread traces of himself…in the form of finger prints. For many decades, he left his prints on most of the mail that was posted from the General House. Each day, twice a day, he would gather outgoing mail, weigh it, affix beautiful Vatican stamps and carry it down to the Vatican Post Office. Thus, the traces of himself that have gone all over the world, along with first obediences, appointments of major superiors, and friendly post cards. Often, he would write his own brief message to the recipient on the envelope.

Never shy around the many visitors to the General House, and whether they understood a word of Italian or not, he would greet them and make them feel at home. 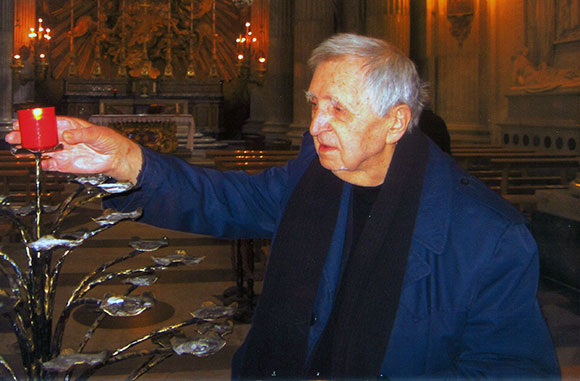 He loved the city of Rome and as long as his health allowed it, during his excursions to the post office, he would stop at his favorite churches and shrines to light a candle or pray for a special intention. He would assist at different parts of the Mass in different churches. His devotion to the Mother of God and St. Eugene de Mazenod were well known. There was always a candle or flowers for Mary and for the Founder in the community chapel, placed there by Giuseppe D’Orazio. He always had a coin for those who were begging, and sometimes, after throwing his coin in the beggar’s pot or hat, he was known to take change from the same! 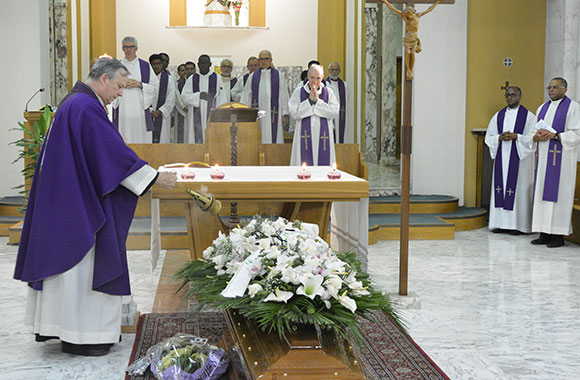 On May 18, Bro. Giuseppe’s funeral Mass was celebrated in the General House Chapel, presided by the Superior General, Father Louis LOUGEN, who also preached the homily. While he did not have an entire General Chapter there to concelebrate, nevertheless, there was a chapel full of Oblate priests, Brothers and scholastics to give him a prayerful send-off. On May 19, his remains were laid to rest at the Oblate crypt in the Campo Verano cemetery of Rome.

Celebrating the Laotian Martyrs
It’s never too late for love