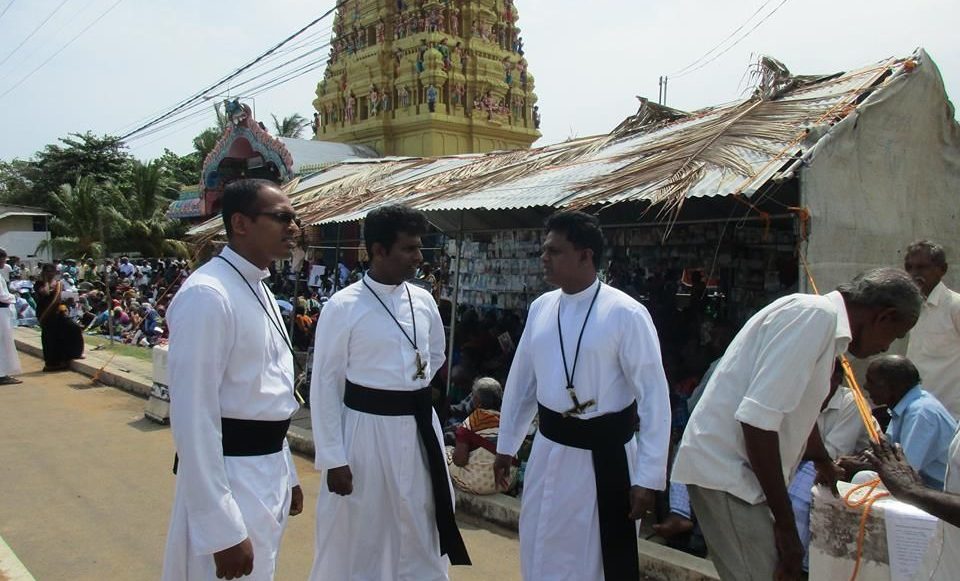 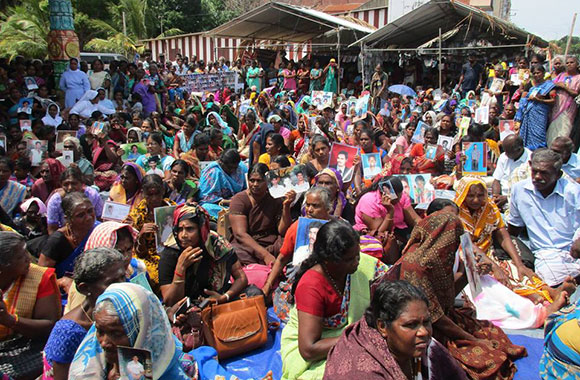 Families of the Disappeared is an association formed by those from the North and East of Sri Lanka whose family members went missing during the war in Sri Lanka (especially, during its last phase), which ended in May 2009. Since then, on numerous occasions, these families have appealed to the government to help them get correct information about their loved ones. In spite of that, there are thousands of disappeared whose whereabouts are yet unknown.

On May 30, in Kilinochchi, a northern district in Sri Lanka, these families of the disappeared ended a 100-day long protest calling for justice for those who went missing. In solidarity with the campaign, Oblates from both the Provinces – Colombo and Jaffna — came together and supported the large groups that blocked the A9 Road in sit-ins and silent protests to make the cause known.

There were other Hindu and Christian religious leaders present but the 11 Oblates formed the biggest group among them. They were at the forefront during the whole event. It was Fr. Ashok STEPHEN, the JPIC Director of the Colombo Province, and Fr. Anpurasa SEBAMALAI of the Jaffna Province who led the group in prayer, in Sinhala and Tamil respectively.

Over the past years, the key calls have been for an efficient state mechanism to provide details about those disappeared. Now, affected populations have lost faith in the mechanisms, commissions and resolutions and they wanted to make their appeal heard by a wider audience. That is why, after 100 days of day and night peaceful protests, thousands of supporters from many regions of the country rallied around them on the last day.

“The campaign is successful in many aspects, including participation, clear articulation of demands and specially the people’s determination to continue the fight for justice”, Fr. Ashok Stephen said after the protest. The presence of the Oblates from both the Provinces, which means both Sinhalese and Tamil Oblates, carried a significant symbolic message of unity and brotherhood. It was very much appreciated by those present at the occasion. (Fr. Shanil JAYAWARDENA)

School of Child Protection
Praying the rosary for vocations