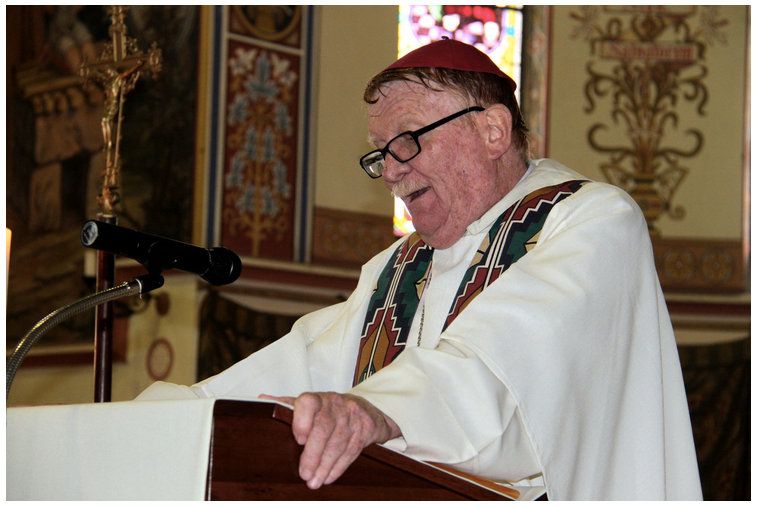 We announced recently that Bishop Barry WOOD, the Auxiliary of the Archdiocese of Durban, died on May 2, 2017, at a hospital in Durban. Scholastic Brother Ian CHITAMBO, from Zimbabwe and currently studying at the scholasticate in Cedara, has written a touching account of his own final moments with the bishop shortly before his death.

I knew I had arrived early to pick him up for the Diaconate Ordination at St Joseph’s Scholasticate. So I waited at his gate in Durban. I could not ring the bell before the stipulated time that I was to pick him up. At exactly 7:45am I rang the bell, and after a while he answered and opened the gate for me. I sat in the car until he opened the garage for me to enter. My first sight of him gave me mixed feelings; this was not the Barry that I knew. Anyway I didn’t want to think a lot about it; after all he wasn’t well, that is why I was there in the first place: to pick him up. So I followed him into the house — he was struggling to walk.

I waited in the kitchen whilst he put his things together; now and then I could hear heavy sighs from his bedroom. The worrying mode came back to me:, the Bishop was not ok. By that time I was chatting with Tawanda MWANDO (a fellow scholastic) on Whatsapp. I then hinted to him, “Bro, Barry is not ok!” Tawanda mentioned that from the last time he had met him with Fr. Mike FOLEY, he wasn’t looking so well. Immediately I thought of texting Fr. Joe PHIRI (scholasticate superior) of the situation, but I remained calm. Also I didn’t want to cause much panic back home. “The Bishop will be ok,” I thought to myself.

Perhaps I can say what made me to relax was when I heard him once more sighing heavily, this time crying out, “O my Lord!” From this moment, I knew that what Barry was going to make it:, God was with him. … 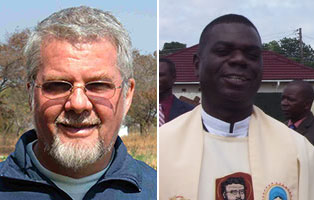 He came and handed me his vestments and all his needs for the day, and I in turn carried them to the car. I did not ask him at that time of his health, but I think he saw the constant mood swings I was having: from worry to a hopeful smile. He did not really tell me then what was wrong; he called me into his bedroom gave me his cincture and said, “Give me a few moments, I just need to catch my breath.” “Take your time Bishop,” I responded. I went out and sat in the car to wait for him. He came after a few minutes and we started off, heading towards Cedara. …

Although he was weak, Barry’s mind was still sharp. I saw this when he cautioned me of a camera, an 80 km zone, where he had been given a number tickets., “Be careful here,” he said, “There is a camera and I only realised it after getting a number of tickets.” We both laughed. …

So Barry was sick, but Barry was coming to the ordination; he was determined he could do it. We arrived at the scholasticate and as soon as we arrived, Barry fell down. People quickly surrounded him, trying to help, as I went to call the Superior to attend to the situation. The most striking part that I want to share with you was when those who were around Barry had a suggestion: “Let’s cancel the ordination!” Others said ‘Let’s call bishops from Marianhill.” And some said “Let him lie down and ordain in the bedroom.” 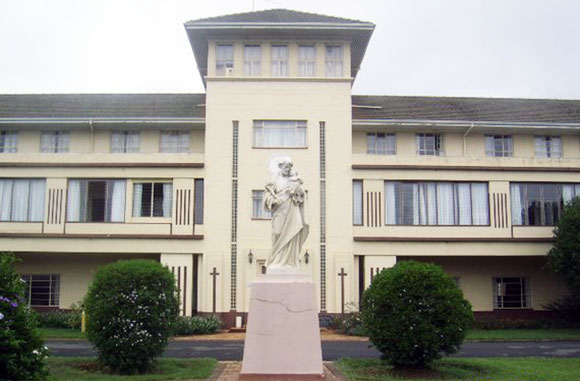 To all this fuss, he did not respond. He was busy smiling at everyone who came near him whilst drinking juice. Looking at him, it was as if everything was ok and I am sure in his own mind, it had been all worked out that he would fulfil his promise and duty. After all the debates and confusion, Barry was given a suggestion that he should go and lie down and that he would ordain the brothers from the bedroom. This he simply refused. He said, “I will do it. Someone can celebrate the mass and I will just be sitting and when the time comes for the ordination rite, I will do my part.” We all know what this meant. As the provincial of the CMM said in his remarks thanking the bishop: “The bishop showed us an example: a soldier willing to die in the battlefield.”

Afterwards, I had to drive him back and we talked all the way to his house, but the last moment I laid my eyes on Barry was when he was in his bed looking very tired. I asked him, “Bishop, are you going to be ok?” To this he responded, “I will be ok, I just need to rest.” Now Barry rests and all we are left with are memories and his countless words of wisdom which we experienced in different ways. Rest in peace Barry and watch over us! I say watch over us, because upon hearing of his death, I sprang out of class in tears towards the chapel. In mind I was going to pray for Barry to rest in peace. I think I only said a few words praying for him and the rest of the time in prayer was spent asking for Barry to pray for us.