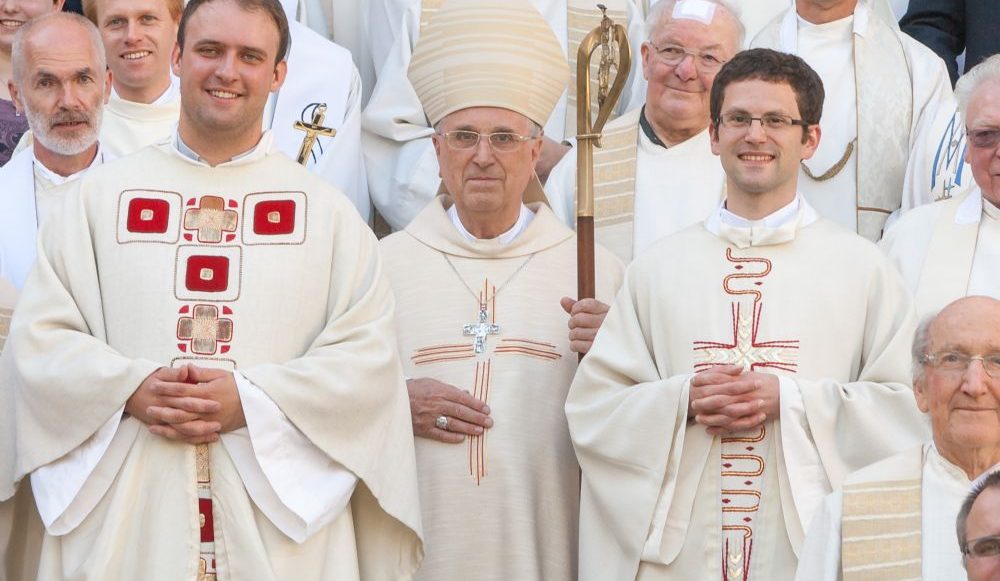 An example of the victory of grace over hatred

At the end of the First World War, it is estimated that 90% of the population of the Czech Republic was Roman Catholic; that percentage now is about 10%. The Communist regime which seized power in 1948 in the former Czechoslovakia was brutal in its attempts to wipe out Christianity. Many priests and religious men and women were jailed or executed. But then came the “Velvet Revolution” of 1989 and the situation of the Church and of the Oblates of Mary Immaculate is much more positive. 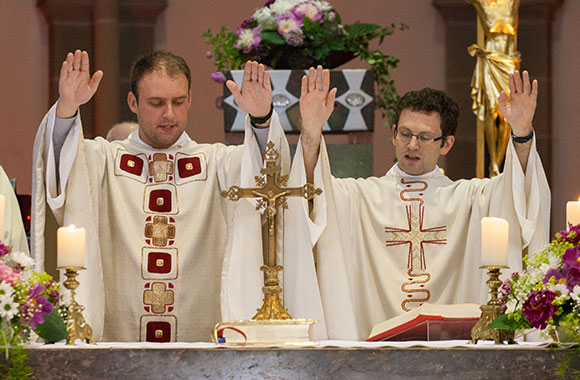 To underline this positive and hopeful future, the Oblates of the Central European Province celebrated on June 10, 2017, in Hünfeld, Germany, the priestly ordination of two scholastics from the Czech Republic: Peter DOMBEK and Karel MEC. The Bishop-emeritus of the Diocese of Pilsen, Mons. František Radkovský, conferred the sacrament on the two young Oblates.

On the day after their ordination, they celebrated their First Mass at the Bonifatiuskloster in Hünfeld. Their Novice Master, Fr. Norbert WILCZEK preached the homily and focused on the meaning of the priesthood, i.e., leading the people to God. 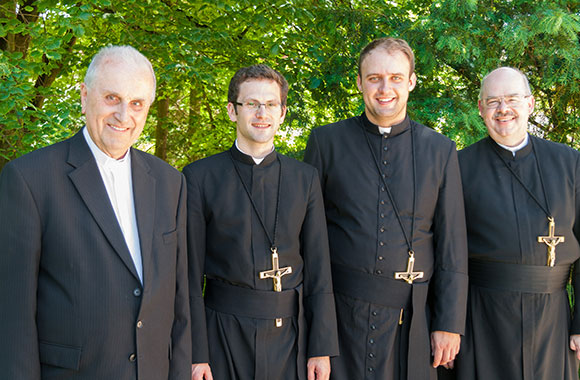 The two new priests had done the first years of their formation in Hunfeld (novitiate and two years of scholasticate). Then they experienced the internationality of the Oblate Congregation by completing their first formation in Italy: Petr at the scholasticate of the Mediterranean Province in Vermicino; Karel at the International Scholasticate in Rome. As first assignments, Fr. Petr is working in youth ministry in a parish in Plasy, Czech Republic. Fr. Karel lives in the “Mario Borzaga” Youth Community in Fulda, Germany, and works as chaplain in a parish.