Oblates join prayers for peace between India and Pakistan – Pakistan 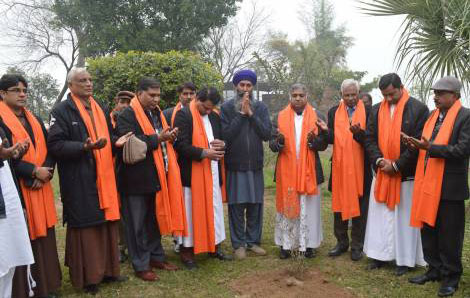 Lahore (Agenzia Fides) – A prayer addressed to God, a prayerful silence, a common song to invoke the gift of peace, calling for “mutual respect and the promotion of harmony and development between Pakistan and India”: is the initiative promoted by the National Commission for Interreligious Dialogue and Ecumenism, in the Episcopal Conference of Pakistan. As Fr. Francis Nadeem OFM Capp, Secretary of the Commission reported to Agenzia Fides, the ecumenical prayer meeting on the theme “Peace between India and Pakistan” was held at the border between the two nations, in Ganda Singhwala, near Kasur. “We prayed, we held hands together, we lit candles as a sign of the heartfelt request to God but also of a personal commitment”, said the Franciscan friar to Agenzia Fides, explaining that the initiative was carried out during the Week of Prayer for Christian Unity, involving leaders and faithful of other Christian communities in the country.

The delegation visited the Catholic Church of Kasur, led by Fr. Bashart EXUPARE, missionary of the Oblates of Mary Immaculate, near the Indo-Pakistani border. Protestant Christian Pastors of the Presbyterian Church, the Salvation Army, the Anglican Church of Pakistan and representatives of the Catholic Church were present.

Christians in Pakistan recalled that in 2017 India and Pakistan celebrated 70 years of independence from the British Empire (August 15, 1947) and since then have been suffering the negative effects of a long conflict, given the developments regarding the last decades. It has become a risky confrontation between two nuclear powers. 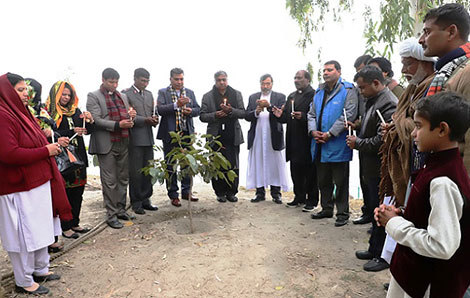 The “partition” between the two states was a traumatic event and India and Pakistan, from the first day of their existence, were the scene of killings and violence that in the following years became an authentic war when the armies of the two nations met in the Kashmir valley, a mountainous area that both countries claim as their own. In 1965 and 1971, India and Pakistan clashed again in Kashmir and since then the tension has remained latent. In the area, from the mid-1980s to today, Pakistani guerrillas and Indian repression have caused more than 40 thousand deaths, official sources report. The presence on the political scene of the two countries of nationalist forces (such as the Barathya Janata Party in government in India) fuels hostility, in a confrontation that also exploits the religious factor (Hindus towards Muslims).

“70 years after the beginning of their rivalry, reconciliation is possible”, the Commission of the Bishops’ Conference notes to Fides. The spokesman of the Commission, Catholic Pakistani priest Fr. Inayat Bernard tells Fides: “India and Pakistan have much in common and can reach an agreement that brings mutual benefits to their respective populations. Peace is the greatest gift. We will continue to work and pray for peace”. (PA) (Agenzia Fides, 26/1/2018)

Letter of Fr. Louis Lougen, OMI, Superior General for 17 February 2018
Provincial Council of the Province of the Philippines