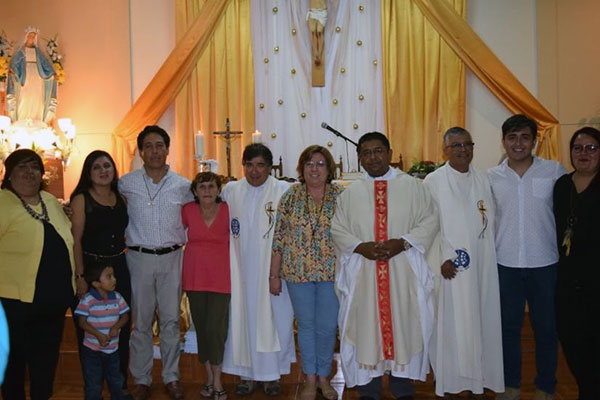 Dear world-wide Oblate Family of the Orb, rejoice with us, because on December 16, 2017, we had the first commitment or renewal of commitment of lay men and women for the year.  The day chosen corresponded to the day when 69 years ago, in 1948 the first OMI’s destined for the Mission in Chile arrived. The ceremony took place in the City of Antofagasta, in the Chapel of St. Eugene de Mazenod, St. Paul Parish. 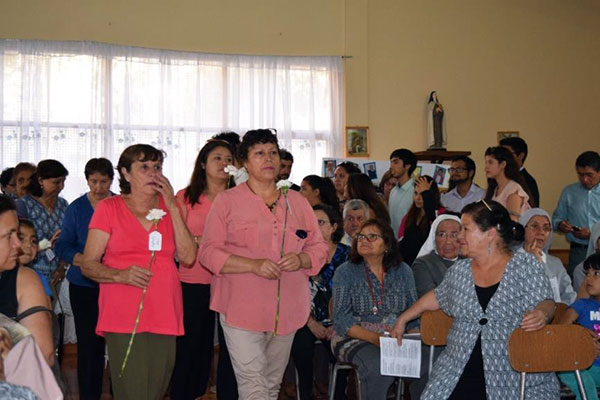 December 17 coincides with the day of the beatification (in 2011) of the OMI martyrs of Pozuelo de Alarcón-Spain, a group that included Cándido Castán, a layman who stayed committed until his death in 1936. On December 16, the martyrdom of another OMI group killed in Laos in the 1960’s is remembered in the Catholic Christian calendar; this group is composed of six religious men and the lay catechist formed by the Oblates, Paul Thoj Xyooj. 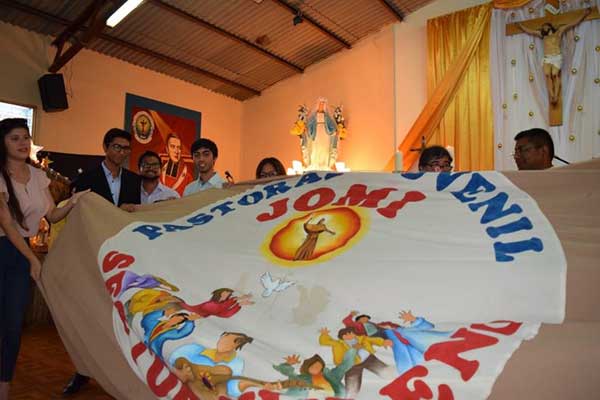 This celebration was very special, because the statutes and directories for the OMI Laity in Chile were distributed for the first time. These were organized and written by one of the current animators, Oscar Quiñonez Martínez, LOMI, with the help of his fellow minister. Sebastián Cortés Cruz, LOMI. This document is based on the statutes of Paraguay, Argentina and Uruguay; they took the best parts from these and added the contributions of the laity and consecrated personnel of the Chilean sector.

Eighteen brothers and sisters made their commitment which took place before the official witness of the congregation for such things, the Vicar Provincial and Major Superior of Chile, Fr. Sergio SERRANO, assisted by professed Oblates: Frs. René GONZALES and Alejandro OSORIO, and Brother Miguel DÍAS.

During the month of January, it is expected that there will be the same ceremony in the cities of Santiago de Chile and María Elena, the last inhabited nitrate factory in the world, with five more lay people who on this occasion could not attend for various reasons, but who have prepared for this moment. (Fr. Sergio Serrano, omi)