A calendar of three religions – Poland 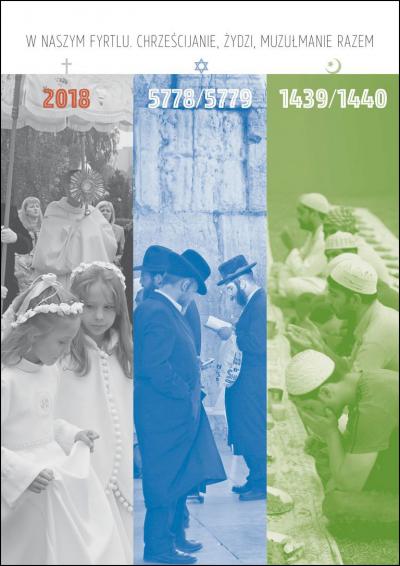 The calendar of three religions, the first in the history of Poznan, is one element of interreligious dialogue between representatives of the three monotheistic religions whose roots go back to the Old Testament patriarch Abraham.

The Christian-Jewish dialogue and Christian-Muslim dialogue have been going on in Poznan for several years. Jewish-Muslim dialogue began recently. These meetings, often in a cozy atmosphere, are conducted not only in the shadow of the synagogue, the mosque or the churches, but sometimes take place in surprising places like restaurants.

The first calendar of the three largest religions was established in Katowice and is the result of interreligious dialogue and ecumenical meetings conducted in that city. This idea found fertile ground in Poznan, where Christians, Muslims and Jews live side by side — usually in peace and respect. It is the result of a series of meetings of Imam Youssef Chadid, the deputy Szymon Zadumiński and the Oblate priest Marcin WRZOS. They co-created this calendar with the help of city authorities and their superiors (Archbishop Stanisław Gądecki, Chief Rabbi Michael Schudrich, Mufti Nidal Abu Tabaq) and their religious communities.

Its goal is to get to know people of different religions and cultures a little bit more. It is meant to lead to a dialogue of life, an expression of respect and for offering best wishes on the occasion of holiday celebrations, which are also described in the calendar. The dialogue of life consists in harmonious, peaceful living next to each other, despite the differences arising from religion. It is to this spirit of mutual respect and love that Abrahamic religions call their believers. 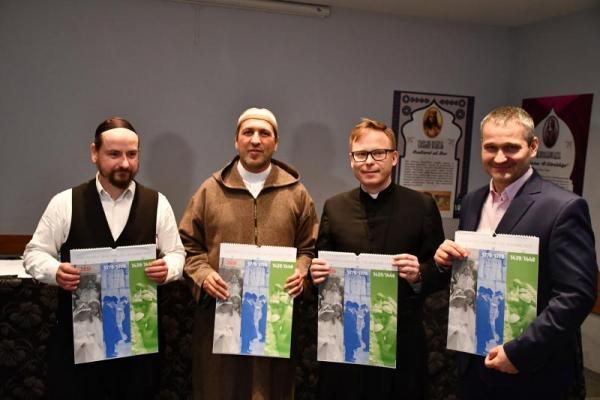 In 2018, Catholics are celebrating the 1050th anniversary of the diocese of Poznan. It was the first seat of ecclesiastical structures in Poland, founded only two years after the baptism of Prince Mieszko I. The first bishop, Jordan, had his home most probably at Ostrów Tumski.

But there were believers of other religions in Poznan as well. They undoubtedly enrich our city with their spirituality, culture, intelligence, work, and openness. The origins of the Jewish community in Poznan date back to the second half of the 13th century. Muslims are the newest religious community in Poznan. It is difficult to say when the first Muslims came to the city. Perhaps they were Polish Tatars serving in the Polish army. In the 1980’s, students from Arab countries arrived. Some of them settled here permanently and founded families.

The Poznan calendar of three religions is special. It includes the history of the development of religion in Poznan. It contains the Julian calendar, but also the Muslim and Jewish calendars, based on different time calculations, dating back to the origin of the world (Jews) or the pilgrimage of the prophet Muhammed from Mecca to Medina (Muslims). It contains the most important feasts of the three religions; it gives details about their days of prayer (the Lord’s day, the Sabbath, the day of the congregation); it names the individual months. The calendar includes, above all, photographs related to Poznan, as well as explanations regarding particular celebrations and holidays of Christianity, Islam and Judaism. The calendar has been financed by the City of Poznan and is available for free. The idea of the calendar is a response to a call of the last General Chapter, which called for interreligious dialogue.