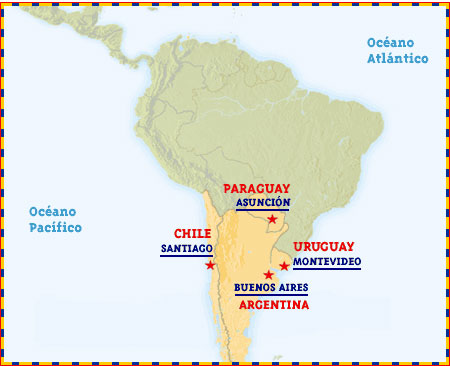 On February 19, the ceremony to launch the new Cruz del Sur Province (Southern Cross) took place in the chapel of the central house of the Missionary Oblates of Mary Immaculate in Paraguay, Villa Morra, Asunción. The new province brings together the former provinces of Argentina, Chile and Paraguay and the former Delegation of Uruguay of the Mediterranean Province. The Mass was presided by Bishop Guillermo STECKLING; principal concelebrants were Frs. Jorge ALBERGATI (the provincial-elect) and Alberto HUAMÁN (General Councillor for Latin America).

In his homily, Fr. Alberto highlighted the celebration of the 200th anniversary of the first writing of our Constitutions and Rules (cfr. message of the Superior General) and how this event gives the members of this new province the possibility of writing new pages that are evangelically productive, as Pope Francis invited the capitulars, with the same heart as the first Oblates in their desire to give their lives for the most abandoned. New pages that make our lives new wineskins; new pages that make our communities productive homes of brotherhood, fellowship, teamwork, places of dialogue and listening, of forgiveness and reconciliation. New pages that do not seek to fortify our projects and pastoral activities but to see, in community discernment, the calls of those new faces of the poor and the answers we will give. 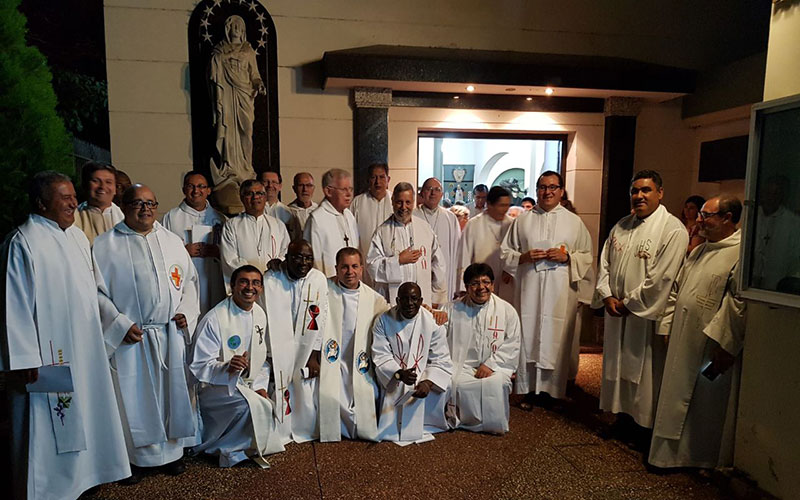 On the other hand, he recalled that the “Southern Cross” is one of the smallest constellations in the sky, but at the same time the most brilliant one. In the province, that will only be possible if we allow ourselves to be led by God, and we build communities that are witnesses for young people who are looking for a home where they can rest their deepest hopes, their fears, their desire to join forces to change the world. Many of us find the Southern Cross in the firmament by some stars that are nearby and which assure us that this is the Cross we are looking for. We have the poor, the indigenous people, the young people, the laity, many people around us, and especially Mary the Mother of God who indicate that these are the Oblates we are looking for. 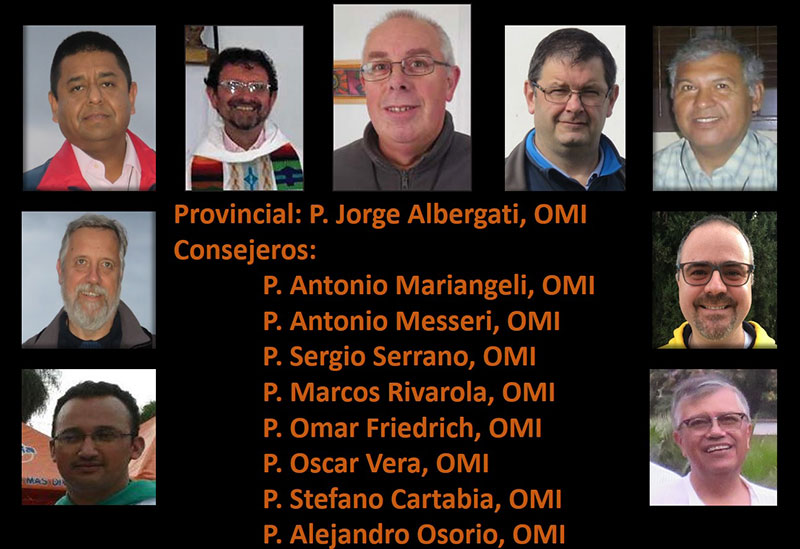 After this, Fr. Jorge Albergati made the profession of faith, and after the proclamation of his appointment before 30 Oblates, lay associates and parishioners present, he readily assumed this new task. He expressed gratitude for the trust that has been placed in him. He highlighted the efforts of his eight councilors to be present at this celebration (those from Uruguay arrived just 5 minutes before the Mass). He also thanked the Mediterranean Province in the person of its delegate, Fr. Adriano TITONE, present at the ceremony, for everything it had done in Uruguay and for allowing the delegation to enter into this new structure. He stated that the first task is to get to know the members and the Oblate communities. This will be a time for him to visit the communities to learn more about their reality.

The new province covers an area of 4,119,470 km2. Seventy Oblates live in it — among them the dean of the whole region: Olegario DOMÍNGUEZ, 98 years old — located in 23 communities. They come from 15 different countries. Could there be another province which is more pluricultural in the Congregation? Currently, 3 prenovices, 4 novices and 5 scholastics are preparing for their mission.

Besides many parishes, in the province there are a vicariate, shrines, schools, and ministry with indigenous peoples, with youth and with homeless children and youth.

The new provincial has chosen Buenos Aires, Argentina, as the seat of the new province. In addition, from February 21 to 22, the first meeting of the Provincial with his Council took place, where they made their first governing decisions. On the 22nd, they made the gesture of planting a tree together, as a symbol that this new tree will stay alive with the help of all those who make up the new province. (P. Alberto HUAMÁN y P. Miguel FRITZ)