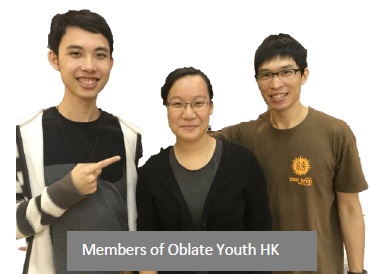 Last December, during the annual MAMI mass that celebrates the feast of Our Lady’s Immaculate Conception, the Year of Oblate Vocations was officially inaugurated. The evening of the 7th of December, the Oblate community in Hong Kong gathered in St Alfred’s Church to celebrate the occasions with Holy Mass followed by dinner. 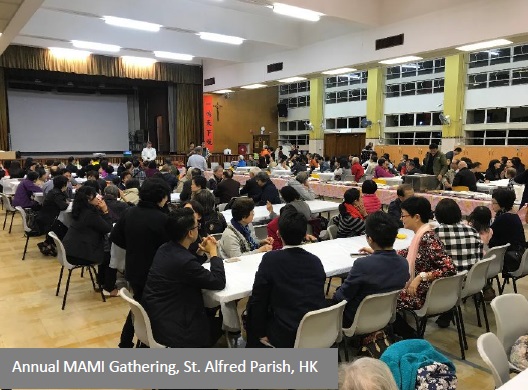 The Oblates were joined by Beijing-based Fr Luc YOUNG, whose Silver Jubilee of priesthood was celebrated on the following day. Guangzhou-based Fr Irek DAMPC and other members of the Congregation also were present. In addition to the Oblates, a considerable number of other members of the Oblate family took part in the event. They include MAMI members, principals, teachers and members of the four Oblate schools, parishioners of St Alfred’s and Notre Dame, Oblate Youth and other friends. 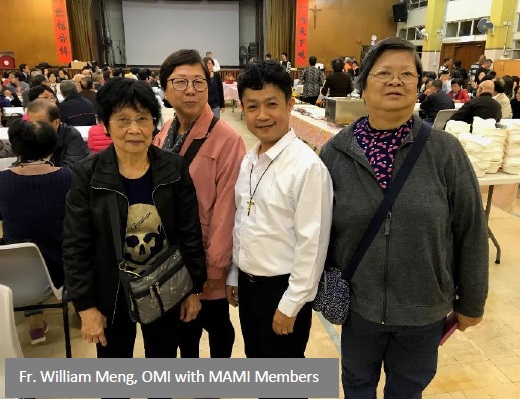 As the entrance hymn was being sung, Fr Paul SHEN led the way with the Oblate cross, with members of the Oblate Youth carrying icons of the Oblate Madonna, St. Eugene de Mazenod and beatified Oblates. Fr Slawek KALISZ, Superior of the China Delegation, then announced the commencement of the Year of Oblate Vocations.

As is the tradition, this annual celebration of OMI’s beloved patroness ended with dinner. More than two hundred participants at the Mass stayed to share roast pig, wine and other food and drinks in the parish hall. Besides enjoying the food, the youth group seized the opportunity of having such a large audience to launch the ‘world premiere’ of their short video on OMI’s food distribution ministry. The video is also available on ‘Oblate Youth Hong Kong’ Facebook page and Youtube.