On the 21st May 2018 on the Feast of St Eugene de Mazenod, Oblates from all over the new Province of Southern Africa will gather at Mazenod Centre in Germiston to witness the installation of the new Provincial, Fr. Neil FRANK, and the council. 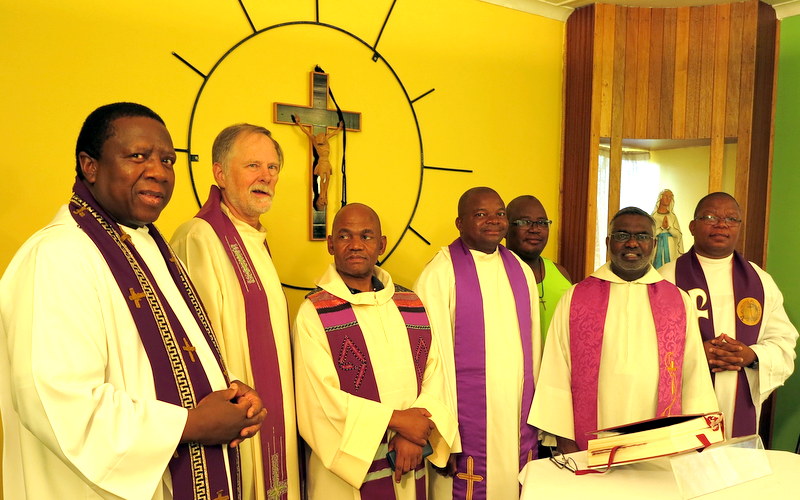 A short excerpt from the book: We Remember them, compiled by Fr Eric BOULLE in July 2015 and edited by Jenny Duckworth, briefly explains the arrival of the Oblates in Durban and immediately outlines the enormous scope that such an undertaking would  encompass.  Today that same territory is largely identified with the borders of the new OMI Province of Southern Africa after the Church, in its development, created dioceses. These diocese subdivided the territory and its Catholic population, as well as the original Oblate Unit, into new Units under bishops who were also the provincials of the Oblate Units at the same time. 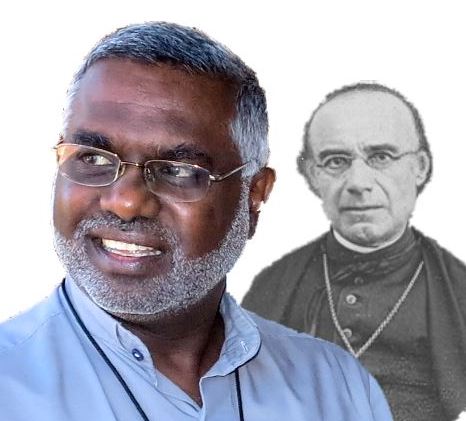 Marie Jean-François ALLARD  was ordained Titular Bishop of Samaria and Vicar Apostolic of Natal on the 29 January 1851 by Bishop DE MAZENOD himself.  He was assisted by Bishop Joseph-Hippolyte GUIBERT, who later to become Cardinal Archbishop of Paris.

“Allard, accompanied by Frs Jean-Baptiste SABON and newly ordained Irish Oblate, Lawrence Joseph DUNNE, a deacon Julian Alphonse LOGEGARAY and a lay brother, Joseph COMPIN, set sail from Marseille on 13 November 1851 on the ship La Providence.  They finally arrived at Port Natal on 15 March 1852, after having spent six weeks in Cape Town.  There was no one to welcome the new arrivals except a very kind Protestant who took them ashore in his boat and sheltered them in his house until they could find suitable accommodation. A small house was rented in Smith Street which then served as presbytery and chapel where the first Mass was said on 19 March 1852. On 1 April the Bishop and his companions left for Pietermaritzburg, leaving Fr Sabon in charge at Durban.  So began the missionary outreach into the interior which was to spread into Basutoland (Lesotho), Orange Free State (Free State), Kimberley, Bechuanaland (Botswana), Transkei and later the Transvaal (Gauteng).  Allard made his headquarters in the capital, Pietermaritzburg.  His vicariate covered an enormous portion of South Africa.  With very little finance, and with only three priests at his disposal, Allard faced an almost impossible task”.

Allard, like the new Provincial, would have to spend a lot of time on the road to consolidate and animate the missionary efforts of the Oblates in the vast territory.  So Fr. Neil Frank is already on the move meeting Oblates, Bishops, Honorary Oblates and Oblate Missionary Associates. (http://omi-bfn.blogspot.it/)