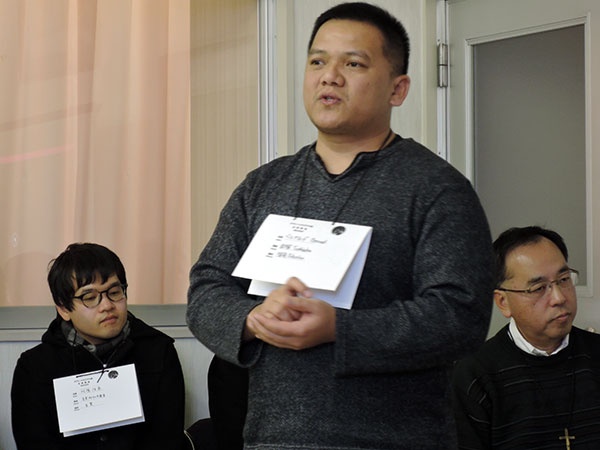 After Christmas each year, Oblates in Japan usually gather in Kochi City for their Christmas party. However, there was a little change for the 2017 post-Christmas gathering. Instead of having it in Kochi City, it was held in Fukuoka City, a place more accessible especially to our brother Oblates from Korea. Instead of limiting the gathering to Oblates and honorary Oblates, some of the youth and parishioners were invited. Instead of the usual 3-4 hour gathering, it was a 6-hour gathering.

More than expected, 14 young men responded to the invitation of the Oblates. Most of the mission areas where the Oblates are working were well represented. Korean seminarians and candidates together with the Mission Superior, Fr. Maurizio GIORGIANNI, also graced the affair. It was indeed a multi-cultural gathering. Through the generosity of some parishioners and Oblates who provided the necessary simultaneous translations, the discussions and sharing among the participants went smoothly. 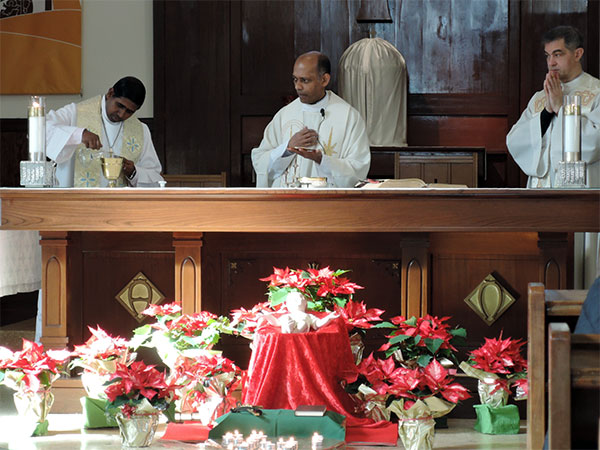 After a “getting to know each other session” led by Fr. Steven SAVARIMUTHU, Bro. Nobuhiko YAGI gave an insightful talk about why the Oblates had invited the young men. With the use of some videos, Fr. Bernard ONDAP introduced the young men to who the Oblates are, their charism, and the present Oblate missionaries in the Japan-Korea delegation.

To formally launch the “Year of Oblate Vocations” a Eucharistic celebration was held at Koga Catholic Church. It was a trilingual mass. The liturgy of the word, hymns and prayers of the faithful were done in Korean, English and Japanese. During the offering, the young men, representatives of the Oblates and of the parishioners placed candles in front of the baby Jesus and the Oblate cross as a sign of their commitment to be a missionary in their own little ways.

A simple and very international buffet lunch was served at the kindergarten hall: Filipino menudo, Sri Lankan curry, Indian chicken masala, Japanese sashimi and sushi were some of the offerings. The meal was followed by musical presentations and BINGO games. 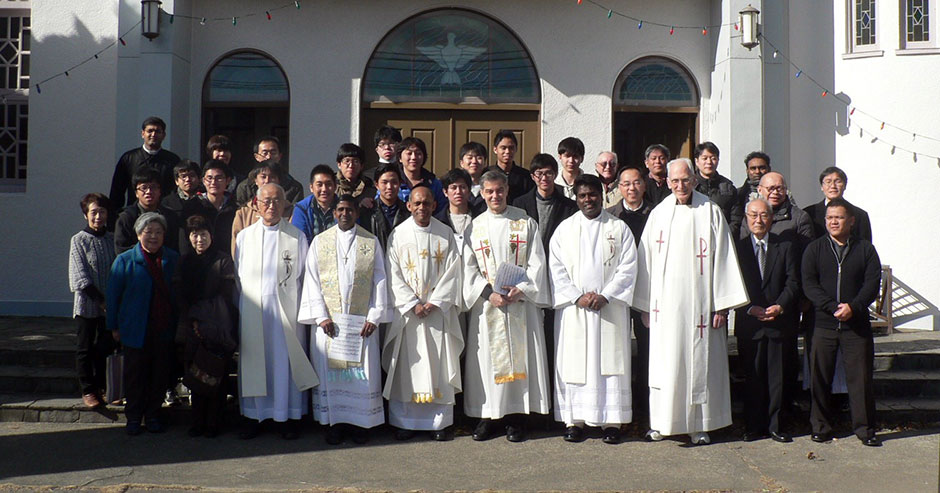 For the final session, the young men and a few Oblates gathered to hear Fr. Steven and scholastic Bro. Simeon KIM OK KI share their vocation stories. The delegation superior, Fr. Bradly ROZAIRO, gave the closing remarks.  As a token of appreciation for responding to the invitation of the Oblates, Fr. Bradly gave to each young man an Oblate crucifix as a souvenir. These young men came and had a glimpse of our life as Oblates. We do hope that they will come and participate again in our planned gatherings during the year. (Fr. Bernard ONDAP)