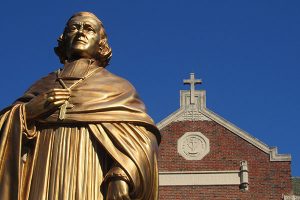 with the establishment of the Kusenberger Chair of Oblate Studies, based at Oblate School of Theology in San Antonio, Texas. It launched the opportunity for interested students throughout the world to study for a Master of Arts degree in Spirituality or a Certificate in Oblate Studies or simply for enrichment in knowledge of the Oblate charism without an academic qualification. 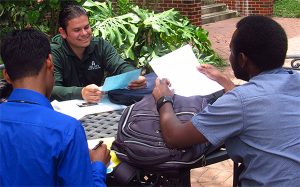 Six months later, in August 2017, the first online course was offered: “Eugene de Mazenod, History, Spirituality and Mission.” Eighteen Oblate and Oblate Associate students enrolled in the course from their respective Oblate Units in Canada, France, Italy, Sahara, the United Kingdom and the United States. This online course is offered every two weeks in English. 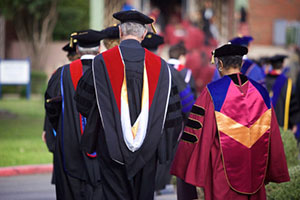 In January 2018, a second course began: “Founders, charisms and their expression in Constitutions and Rules.” This is a weekly online course which is also open to members of other religious congregations and their associates. Of the ten students registered for this course, there are two Oblates, one Oblate Associate and seven from other institutes.

Preparations are happening now for a new academic year, beginning in August 2018, in which two courses will be offered. The first is a repeat of the one-year Eugene de Mazenod course (every two weeks from August 2018 until April 2019.) The second is a new course: “Mazenodian Spirituality.” It will be offered online weekly from August to November 2018. 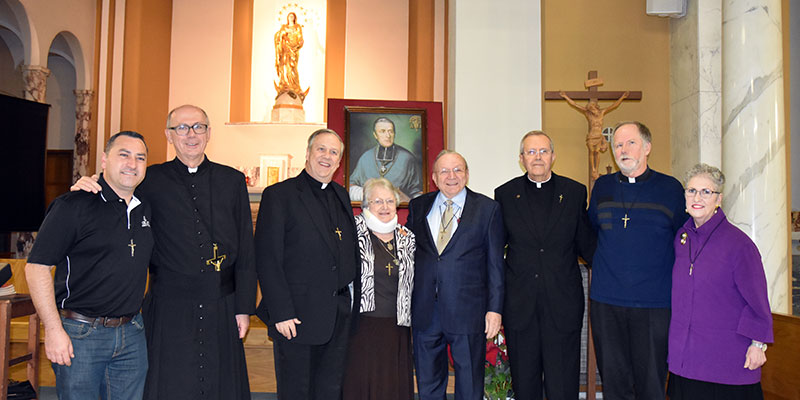 Fr. Frank SANTUCCI, the Kusenberger Professor of Oblate Studies, states: “At this stage, the teaching is done in English but I dream of Spanish and French in the future, once suitably qualified teachers are identified and trained. There are some scholarships available for Oblates from around the world. For me, personally, this is a dream come true, thanks to the generosity of Bob and Ruth Kusenberger – a dream that comprises the longing to see a large team of charism animators being trained throughout our Mazenodian world.”