A Mass in El Marsa – Sahara 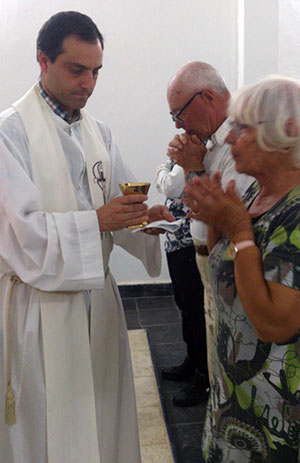 How many years has it been since Mass was celebrated in El Marsa, the Port of El Aaiún? Perhaps since 1975. A dream of several generations of the Missionary Oblates of the Sahara was to celebrate there again. A family had occupied the house and this made any celebration impossible. With the patience that characterizes life in the desert, about five years ago we managed to recover the house and the chapel in which some basic repairs were made, among other things a cross and an Oblate symbol on the floor. But we still had not been able to start holding the liturgy there. 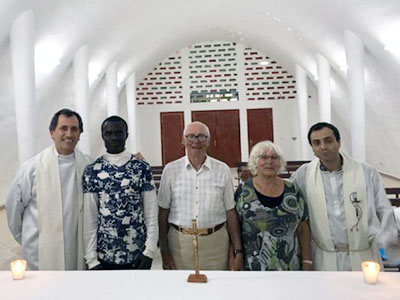 At last we were able to fulfill our dream on Saturday, April 7, in the afternoon, celebrating the Divine Mercy in our chapel at El Marsa. One of our parishioners, a Senegalese immigrant who found housing and work in the port, was the instrument that God has used. With him and with a retired French couple travelling in their motorhome, we began again the adventure of making present the Risen and Eucharistic Christ in this corner of the Sahara. And from now on, we would like to celebrate faithfully every Saturday, hoping to gather little by little a small Christian community around the chapel. 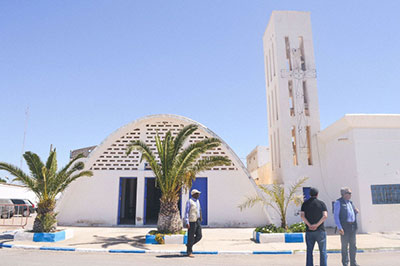 How the Word of God resounded in the heart of each of the participants! Yes, the risen Lord wants to show his mercy and pour out his Spirit for the forgiveness of sins, here too in El Marsa. Like Thomas, we were invited to touch Jesus, to believe in him and to be his witnesses. Even in this Church of the Sahara, poor and often silent, the strength of the Risen One is opening a way. And it opens up for us new paths hitherto unsuspected. Now we have to continue working and creating friendly relations, not only with the Christians we meet, but also with our local Muslim brothers. At the opportune moment we will hold a blessing ceremony for the chapel so as to have greater visibility and the necessary structural and decorative projects will be undertaken. With the joy of the Risen One and of having witnessed this new step in our little history of the pilgrim Church in the Sahara, let us walk with hope on the path of new life. (Chicho ROIS ALONSO)