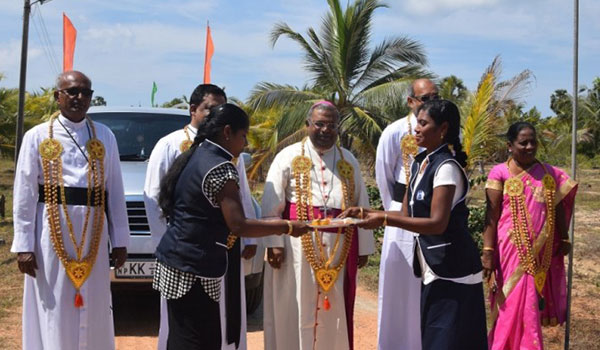 The Oblates of Jaffna Province chalked another mile stone in their committed service to the enhancement of education when they inaugurated the Aquinas affiliated branch School at the Oblate Institute for Religious Studies (OIRS) in Mannar. OIRS, known as Gnanodhayam (Dawn of Wisdom) was founded in Mannar in 2002 on land procured by the late Polish missionary, Fr. Andreas CIERPKA (=1982). Rev. Fr. Josef MATHUNI (=2010) contributed generously, using his good office to put up the initial establishment. 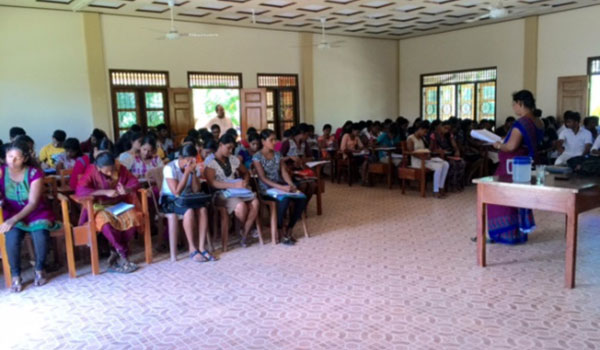 For the past sixteen years it has been serving as a center for formation of candidates to religious life, education of  children and youth, animation of various groups and a much sought after resource center for various training programmes in Mannar.  In July 2017, the Provincial Superior of Jaffna signed an agreement with the Archbishop of Colombo, His Eminence Malcom Cardinal Ranjith who is the Chancellor of Aquinas University College, in order to affiliate OIRS to Aquinas University College to conduct, as a first step, diploma classes in English. 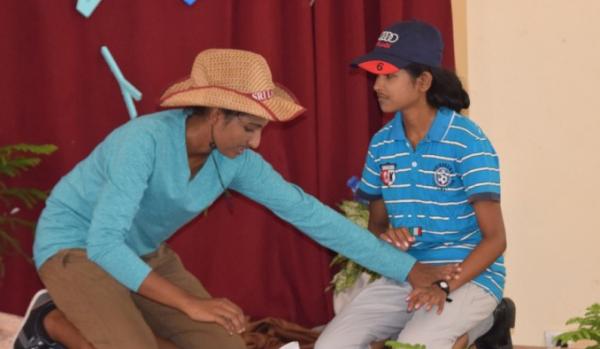 The official inauguration of this affiliation was celebrated on a grand scale at Gnanaodhyam on the 17th of March, 2018. Gracing this occasion as the chief guest, His Excellency, Emmanuel Fernando, the Bishop of Mannar, hailed the contribution of the Oblates to education in Sri Lanka and extended his fullest support for the future expansion of OIRS as a full-fledged higher education center.

Fr. Susith Silva, the Rector and the Vice Chancellor of Aquinas University College expressed the willingness of His Eminence, the Archbishop of Colombo, and the readiness of the Aquinas University College to extend their service further to the North. The Mannar Zonal Director of Education, Mrs. Suganthy Sebastian, with accurate statistics proved why this inauguration was appropriate and necessary. The students who are enrolled to follow these diploma courses coloured the event with their soothing performances. Fr. Jude CAROWF, the liaison-person for Aquinas Branch School in Mannar, with the help of the prenovitiate community and the Oblates in charge of other feeding centers, organized this successful event.