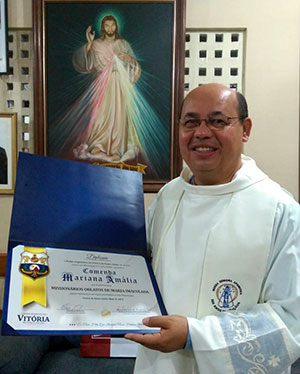 Fr. Ednaldo T. DA SILVA, animator of the Northeast District of the Oblate Province of Brazil, was recently asked to speak on behalf of the Oblates when the missionaries were presented by the City of Vitória de Santo Antão the Mariana Amália Commendation for the services they render to the city, especially the evangelization of the most abandoned. What follows are excerpts from his talk. 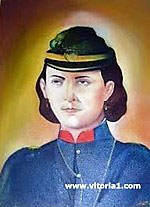 “We are grateful for the honor and esteem that we receive from the elected representatives of all the inhabitants of this glorious land, in honoring us with this Commendation that bears the name of the Heroine Mariana Amália. During the war [ed. note: 1865] due to the need to increase the ranks of the allied army, the imperial government created the group called Voluntários da Pátria. In Vitoria, a commission was created to receive the enrollments. Among the brave volunteers was the young Mariana Amália, descendant of an illustrious family, known for its social and political involvement, joined the battalion as a nurse. Her gesture led many others enlist in forming the 5th battalion of volunteers in the province. Offering herself as a volunteer, Mariana Amália gave of herself to lessen the pains of the wounded warriors, serving them as a nurse in the hospitals and on the battlefield. 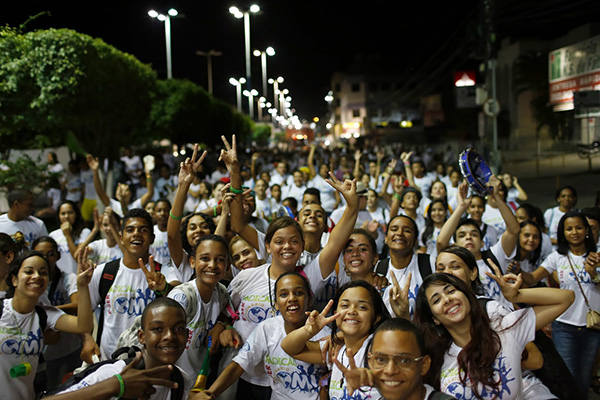 More than 800 youth from various OMI missions of the Northeast region, gathered in Vitória de Santo Antão in 2014.

“Like Mariana Amália, our founder, Saint Eugene de Mazenod, was also of an illustrious family. His father was a President of the Court of Finances of France in the early eighteenth century. Having so many other possible choices, seeing the situation of poverty and the de-Christianization of France in post-Revolution France, he to join a group of friends to preach parish missions. Among his ministries were work with youth and with prisoners, the most abandoned of that society.

“The example of Mariana Amália remains contemporary and prophetic for the Church, as Pope Francis has pointed out in urging that the Church be like a field hospital, open to welcome the wounded of our society. This is what we seek to do in our parish, not a bureaucratic ministry, but one of reaching out to the people to whom the Lord of the harvest sends us to announce the Good News of the Gospel in the geographical and existential peripheries. 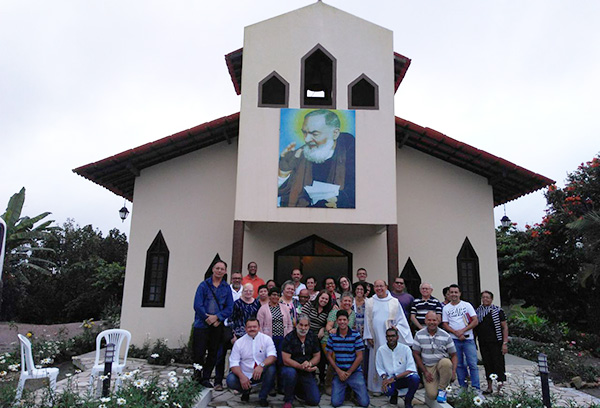 The Oblate Parish of Our Lady Aparecida, in the city of Vitória de Santo Antão

“As sons of Eugene, we arrived in this city in 2000. The parish of Our Lady Aparecida and St. John the Baptist was born. At that time, we were also given the mission of administering the parish of St. Joseph in Jussaral. As our charism commands, we lived in apostolic communities and worked alongside the people of God in those years. The new parish was formed from the parishes of Nossa Senhora do Livramento and Santo Antão, and gradually we created our identity, respecting each community with its characteristics, identity and gifts. As we walked in the light of the Holy Spirit and the teachings of our Founder, another parish arose from ours, the parish of St. Vincent.

“Today we are living faith communities that make up the Parish of Our Lady Aparecida. We are the Missionary Oblates of Mary Immaculate who, with great joy, walk with the urban and rural communities of our parish, forming a parish “community of communities”, according to Document 100 of the Bishops’ Conference of Brazil. … 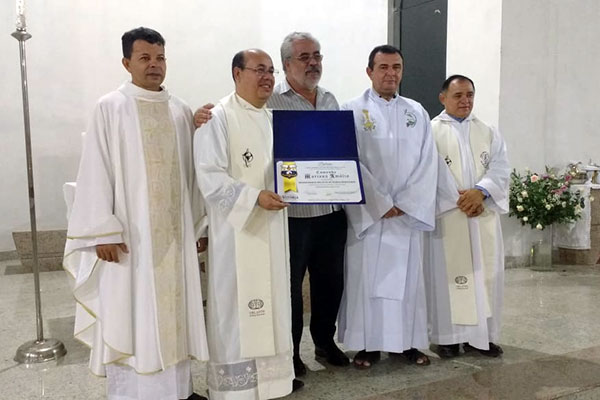 “The church of Our Lady Aparecida that we are building represents the faith, the effort, the unity and the hope of us Oblates and the community that God has sent us. Like the Mother House in Aparecida that was born of the hands of fishermen and brings together their dreams and hopes, our church here in Vitória is taking shape: a holy place where each brick represents a bit of each of our parishioners and the Oblates of Mary Immaculate who have passed by here. Each one in his own way, in putting his gifts at service, has left a little bit of himself.

“Together, as a religious family, we are making Eugene de Mazenod present, led by our charism: “He has sent me to evangelize the poor; the poor are being evangelized.” In a simple and committed way, we foster a creative fidelity in order to discover and act together with the new faces of the poor in our society. …”