On May 30 – June 3, the Oblate community in Turkmenistan welcomed a number of important visitors. Frs. Andrzej MADEJ and Rafał CHILIMONIUK hosted the Apostolic Nuncio to Turkey, Turkmenistan and Azerbaijan, Archbishop Paul Russell; the General Councilors for Europe and Asia — Frs. Antoni BOCHM and Peter STOLL; and the Provincial of the Polish Province, Father Paweł ZAJĄC. The community in Ashgabat owes its existence thanks to the cooperation of the Oblate provinces of Poland and the United States. 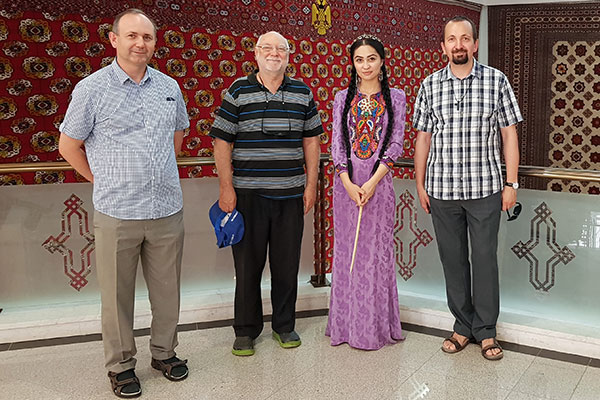 There were many opportunities to talk about the history and current status of the mission, about the needs of the parishioners and the situation of the Church in Central Asia. The local Catholics welcomed the guests with great kindness. Among other things, two evening meetings were organized during which many words of gratitude were expressed for the Oblates’ 21-year presence in Turkmenistan; hope was expressed that this presence will be enhanced. 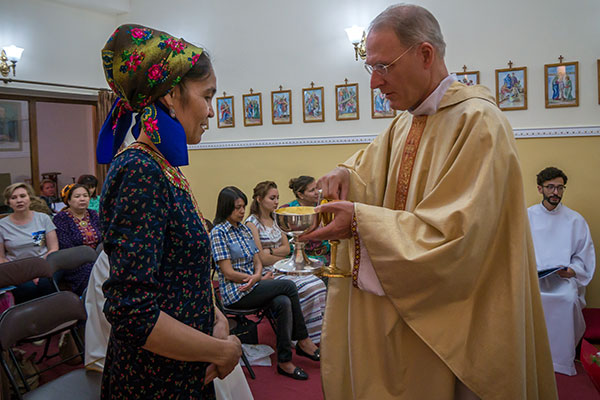 The Sunday celebration of the Most Precious Body and Blood of Christ was the high point of the visit. The Apostolic Nuncio presided at the liturgy, including the traditional Eucharistic procession to four altars erected in the courtyard of the Nunciature.

After the liturgy everyone took part in a concert prepared by young and older talented. There were also a traditional pilaw (rice with lamb) and Turkmen dances. 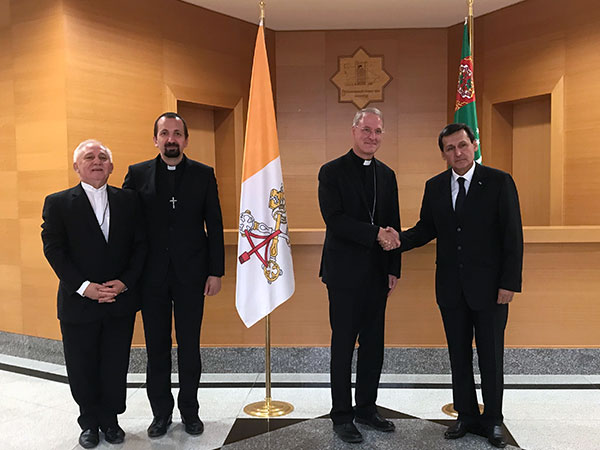 There was further discussion about the situation of the Mission and its possible development when Archbishop Russell, Father Madej (the Mission Superior) and Father Zając were received by the Turkmen Minister of Foreign Affairs, Raşit Meredov. The Minister spoke many kind words about the Holy Father, Pope Francis, as well as words of appreciation for the presence of the Apostolic Nunciature in Ashgabat and the work of the Missionary Oblates. The meeting gave all participants a lot of hope for the further development of the Catholic community in Turkmenistan.