Meeting of the Interprovincial Conference of Europe (CIE) – Ukraine

The Interprovincial Conference of Europe of the Missionary Oblates of Mary Immaculate met on June 18-23 at the Blessed Joseph Gerard retreat house in Obukhiv.

Attending the meeting were major superiors (provincials and the superiors of delegations and missions) from European countries where Oblates work: France, Spain, Italy, Belgium, Holland, Poland, Ireland, England, Romania and Belarus. Also present were the General Councilor for Europe, Fr. Antoni BOCHM and the chairs of various commissions: mission, finance, youth and vocations, justice and peace.

At the beginning, the president of the Conference, Fr. Raymond WARREN, thanked the superior of the Oblate Delegation in Ukraine, Fr. Pavlo VYSHKOVSKYI, for the invitation and the organization of the meeting and for the warm welcome and hospitality. “We are here to be with you at a difficult time for Ukraine; our presence is an assurance that we in Europe are united with Ukraine,” said Fr. Warren. 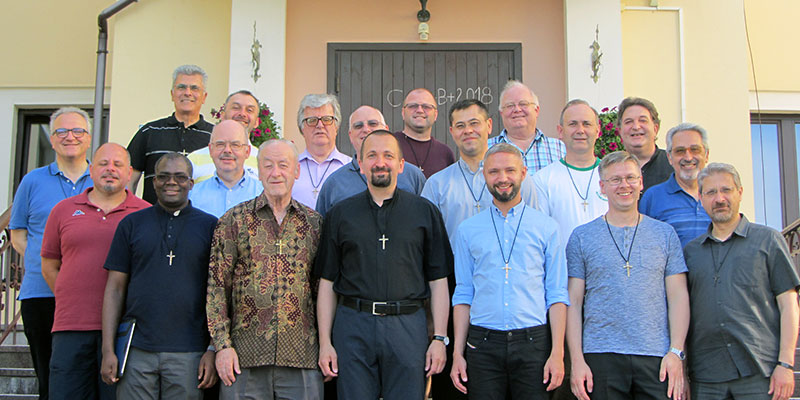 The members of the Conference discussed important issues of the European Region and the restructuring of the Region. In addition to the reports of the commissions, there was also a presentation by the Delegation of Ukraine. Some members of the Delegation presented the history and development of the Oblate presence wince their arrival in Ukraine 28 years ago to set up parishes. The current problems were also presented, among them the situation in the eastern part of the country where there has been war for four years.