A few months after the “birth” of this new province (in February 2018), the provincial Jorge ALBERGATI and his councilors invited all the members for a first meeting in Buenos Aires where the headquarters are also located. Almost 2/3 attended this meeting of the 4 sectors: more than half of the 45 participants arrived from Paraguay, among them the 2 bishops: Lucio ALFERT and Guillermo STECKLING; the others were from Argentina, Chile and Uruguay. 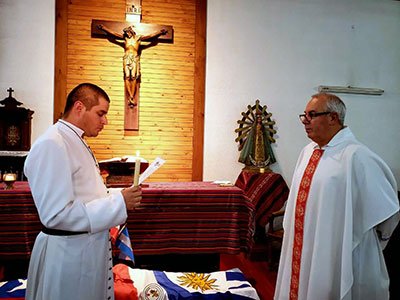 The house — a convent of nuns — was old, but the atmosphere was new: the newness of being an Oblate family! Some of the faces were also new to many: a few were meeting for the first time; while others were meeting again after some years.

From those in their twenties to octogenarians — all took part in the amusing dynamics of the beginning — but of course, also in the work to be done. 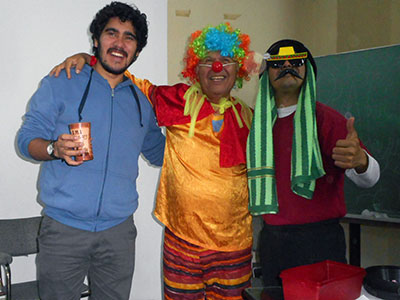 Getting to know each other…

The central themes of the second part were community, mission with youth and formation. The counselors had prepared a good introduction, based on the document of the General Chapter and other Oblate texts. In addition, testimonies from the 4 sectors were shared. And then we worked in mixed groups on related questions and we shared the results in a plenary session.

In the final part, there were discussions and agreements on several specific points: the when and the where of assemblies and retreats; ongoing formation; and other practical issues.

The whole meeting took place in a very fraternal and cheerful atmosphere. One day we had the visit of 2 consecrated laywomen from COMI, Verónica and Isabel, both Uruguayans who have begun to form a community in Buenos Aires. 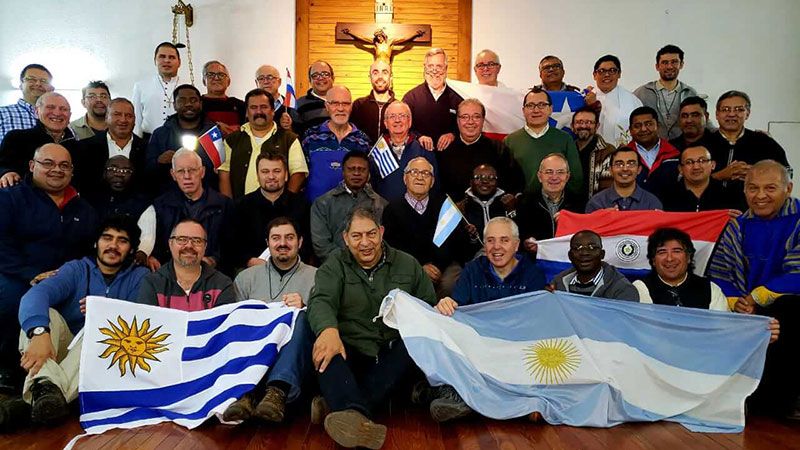 Of course, there were the moments of prayer, oraison and Mass each day. It concluded with the closing Mass during which Víctor ESPÍNOLA renewed his vows — one of the 3 scholastics who were able to participate (two others were on retreat in preparation for their perpetual vows).

We left there saying: “until next year – in Paraguay!” (Miguel FRITZ)