Oblates standing by the poor – Bangladesh

The Oblate Investment Pool Trust (OIP) and the United States Province of the Missionary Oblates have both been active members of the Interfaith Center for Corporate Responsibility  for more than twenty years as an expression of their commitment to Faith Consistent Investing. 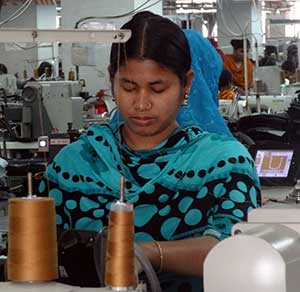 A factory worker in Bangladesh

Immediately upon hearing the news of the catastrophic collapse of the factory building in Rana Plaza in Dhaka in 2013, they became part of a leadership team to organize investors from all across the world, in order to bring pressure on companies in the garment industry to provide support for the families of those who lost their lives or were injured in this disaster, and to address the negligent safety and security issues that contributed to it. The team was able to bring together some 153 global investors for this worthy cause.

Recently, after almost five years, the investors issued a statement calling for the continuation of the Bangladesh Accord for Fire and Building Safety until it completes its mandate and government agencies are able to assume its responsibilities.

This statement was in response to a June 2018 High Court ruling stipulating that the Accord’s operational authority will expire on December 1 of this year. The investors urged the government of Bangladesh to appeal again to the High Court to allow the Accord to remain in effect until a national safety regulatory body is established and is fully prepared to assume control of the Accord’s mandate. 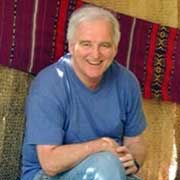 Fr. Finn also stated, “As this statement demonstrates, the investment community is resolved in its commitment to see the sector reformed once and for all. If left to complete its mandate, the Accord will do just that.”