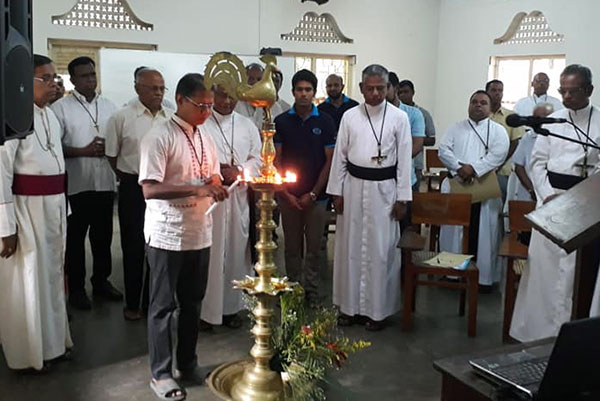 The Colombo Province in Sri Lanka met in Congress at the Retreat House close to the National Basilica of Our Lady of Lanka from 17th – 21st September. Over 50 Oblates took part in this congress which included the officially elected representatives from the various communities with their superiors together with and the superiors and representatives from the provincial delegations of Pakistan, Bangladesh, Korea and Japan. Fr. Derrick Vernon, the Superior of Pakistan delegation was the facilitator. The Oblate Congress began with the solemn opening Eucharist celebrated by Fr. Irwin Morais, the provincial superior. 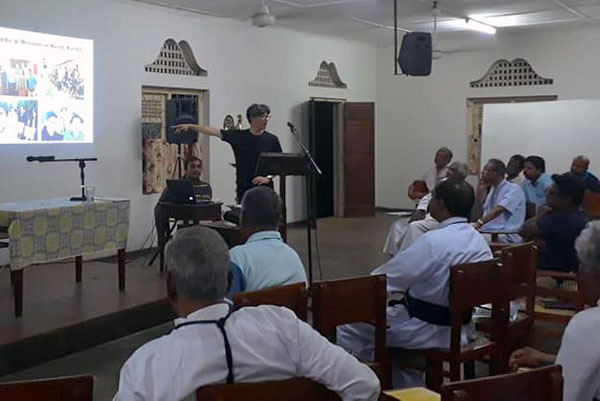 There were five main addresses. First, Fr. Provincial who presented the blueprint of contemplated action for the future. It was followed by the keynote address by Fr. Leopold Ratnasekera entitled: “The Changing phases of oblate life and apostolate in our history. Challenges and opportunities for oblate ministry in the future”. It pointed out the various moments of change in the apostolate styles of oblate activities and the historical causes that created those paradigm shifts. The speaker also ventured into a vision for relevant ministries in the future. The third important presentation was done by Rt. Rev. Kumara Illangasinghe, the Anglican Bishop who had been invited by the Provincial Council to be the chairman of a three-member Committee that conducted an Independent survey of all the Oblates based in Colombo. It contained a synopsis of the various views, critiques, reactions and the proposals of all the Oblates who were consulted including those in the houses of formation. Finally, the reports from the four delegations (Pakistan, Bangladesh, japan and Korea) and the financial report presented by the Provincial Treasurer provided the five main sources for the discussions that followed in the course of the 5-day Congress. 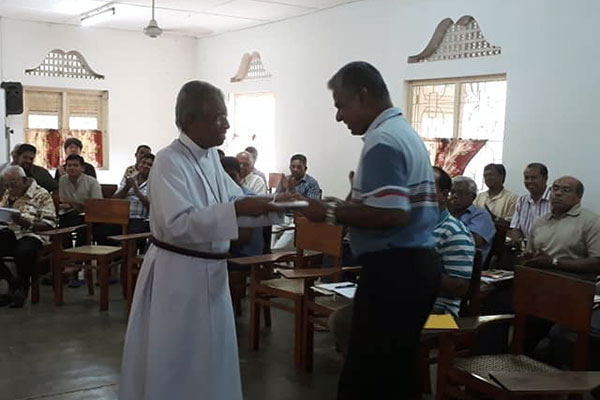 The Participants having scanned all the incredibly multiple ministries that are currently operative in the province including the commitments to the overseas delegations and foreign missions, came up with three central topics for congress dialogues: namely Mission & Community Life, Initial & On-going Formation, Administration and Finance. In addition to the Steering Committee headed by the facilitator, the congress members appointed a drafting committee and an implementation committee at the end of the congress to oversee and accompany the implementations regarding the above three areas of oblate life and apostolate for the coming three-year timeline. The official 9-paged “Document of the Acts of the Congress” was ready for presentation to all the congress participants before their departure. It was presented by the Chairman of the Steering Committee at the end of the Final Closing Eucharist. 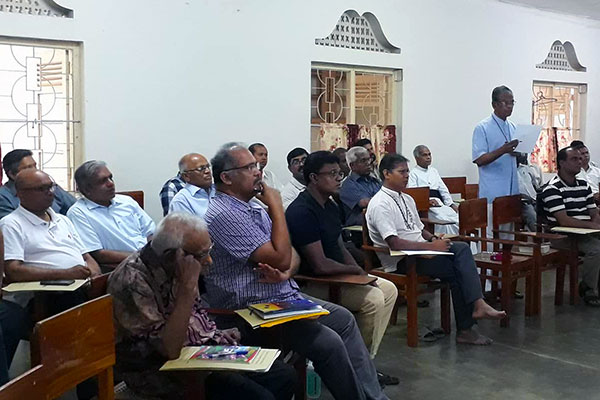 On the final day of the Congress, the participants voted unanimously in favor of the “Document of the Acts of the Congress” as well as of the Vision and Mission statements that were formulated. The Vision Statement says: “We, as Missionary Oblates of Mary Immaculate, in a process of being configured to Jesus Christ, envision a fuller life (Jn. 10:10) for the most abandoned, pursued in a spirit of daring like our Founder St. Eugene de Mazenod.”. The Mission Statement says: “We, the Missionary Oblates of Colombo Province, as “men of Advent” commit ourselves to journeying together interdependently as apostolic and prophetic communities among the most abandoned to promote the Reign of God and the integrity of creation in collaboration with the People of God”.

The five-day sessions witnessed moments of lively debate on matters that were both agreeable and those of a controversial nature but were marked always with opportunities for freedom of expression and views and anchored on a spirit of mutual understanding, respect and charity. The Postulator for the Cause of the Servant of God, Thomas Cardinal Cooray OMI announced to the Congress the good news of the closing of the diocesan phase of the Canonical Inquiry for his canonization and invited the oblates to join the prayer-campaign launched by the archdiocese of Colombo which is the promoter of the cause, for its success. As the Congress zeroed in on the vision and mission statements, there was an air of satisfaction of five days spent fruitfully in oblate community, sharing and serious planning.  The feeling of trust in divine Providence and the accompanying maternal intercession of Mary Immaculate kept the Congress in good spirits and assured them of a very hopeful future in life and ministry. 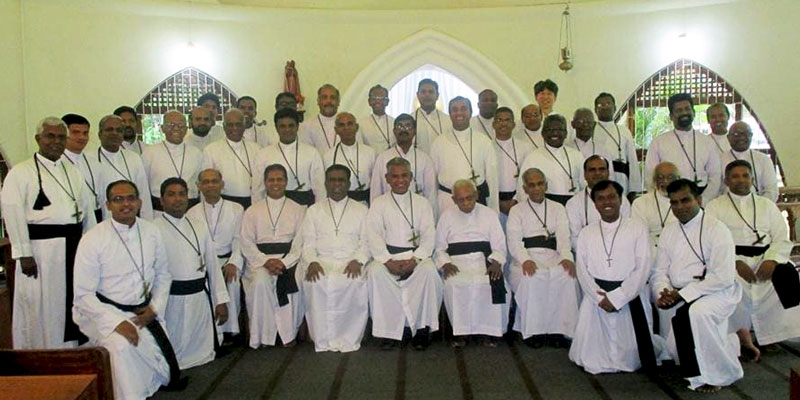