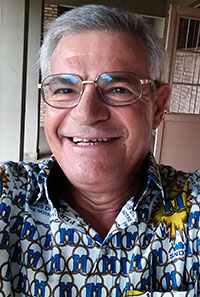 Fr. Domenico ARENA is an Oblate of the Mediterranean Province, who returned to Italy after more than thirty years of mission in Africa. Currently he carries out his mission mostly in the teaching of missiology, having at heart to promote missionary communion as proposed by the Magisterium of the Church today. For a year now, with the encouragement of his superiors, he has been part of an inter-congregational community. It is a community that is at the service of the Work of Mary (better known as the Focolare Movement), a point of reference for many religious throughout the world and eager to live their vocation in the light of the Testament of Jesus.

Recently, last October, he went to Burundi to participate in an initiative promoted by the Work of Mary, to collaborate with other friends of this movement in the animation of three retreats planned for priests and religious of Burundi on the theme of “Spirituality of Communion”. A spirituality launched by the post-conciliar magisterium to help all the components of the people of God to live in mutual love and thus build that Church, which wants to present itself to the world as “home and school of communion” (Novo millennio ineunte n. 43). The initiative wanted by the Bishops of Burundi and carried out in collaboration with the Foyer de Charité of Bujumbura, has been supported in many ways by the members of the Focolare Movement of the country and sponsored by the Episcopal Conference of the United States. 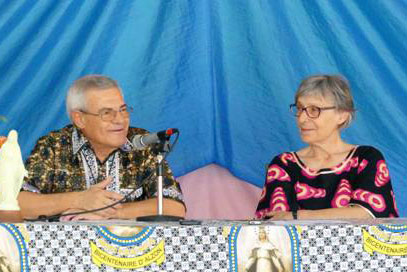 The program was intended to accompany the priests towards the discovery of the evangelical value of communion, starting with the exegetical commentary of Chapter XVII of the Gospel of John. It should be noted that the animation involved the intervention of three people, Florence Gillet (a member of the Focolare movement), abbé Léon Sirabahenda, (a Burundian priest) and Father Dominic himself. This three-voice intervention was an innovative method that made it possible to integrate biblical study into the ecclesial and pastoral experience of priests and religious.

“To me, Fr. Dominic said, the interventions were concerning God’s Love as the source of communion; God’s Word as the way to build unity and universal brotherhood; and Mary, as a model to look up to in order to grow in union with God and with our neighbour. I gladly accepted to engage myself in the preparation of these themes also because they were connected to our oblate charism”.

The three retreats that took place in an atmosphere of silence according to the tradition of the Foyers de Charité, also had a meeting each day of sharing between priests divided into groups and the communication of life experiences, by lay men and women, at the end of the two conferences scheduled each day.

He further said, “Participating in the spiritual animation of these retreats was a great grace for me. It made me feel very close to our Founder who had shown great enthusiasm for the reality of communion. It was the first time I had done this service in collaboration with others and the results were better than expected.  The Lord also used the unity that had been established among us animators to accompany us with His grace; and so we were able to touch with our own hands the action of the Holy Spirit. The 149 priests, five of whom were religious, generously welcomed the message of communion and many of them proposed to live it and bring it into their own environments. We animators were full of joy because it seemed to us that spreading the ideal of communion was a way of proclaiming the heart of the Gospel. I think that this could bring so many benefits to the Church and the nation of Burundi in terms of peace and reconciliation”.