At the Oblate General House in Rome, there are many people who work quietly in the background to support the Central Government and the entire Congregation. One of those persons was Brother Rabindra RAJAPAKSE, who died on October 5, 2018, in his home province. 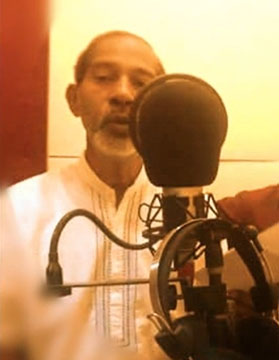 Brother Rabindra, or “Rabi” as he was known at via Aurelia 290, came to the General House in 2001 to serve primarily as the printer for the Oblate Communications Service and the General Administration. In the years when thousands of copies of various Oblate publications from Rome were still printed and mailed, Brother worked quietly in his basement “office.” Undoubtedly every Oblate in the world at that time held in his hand something that Brother Rabi had printed.

He had a God-given gift for music. For his silver jubilee of Religious life, he produced a CD in Sinhala language, which included his own lyrics and music compositions. He was also an accomplished artist. Whenever he could get out of the printshop into the extensive gardens at the General House, he could be found caring for flowers.  Or, he would be designing some creative way of enhancing the prayer life of the community in the chapel with an Advent wreath or a Christmas creche that was full of symbolism beyond the ordinary. From the community bursar, Fr. Clyde RAUSCH, he learned the art of painting icons. 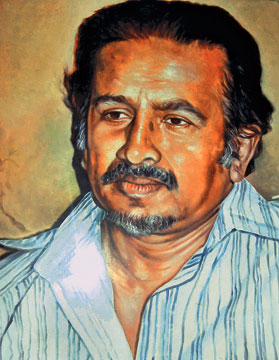 The former Superior of the General House Community, Fr. Jean-Pierre CALOZ, wrote, upon hearing of Brother’s death: “He was a good confrere, a faithful printer.  He was quiet; he was able to adapt himself to the General House in all modesty”.

Brother Rabindra was the first Oblate to live in the “Suba seth gedara” in Buttala, Sri Lanka, after the assassination of Fr. Michael RODRIGO on November 10, 1987. He was a strong admirer of Fr. Rodrigo, and he often told the story of the great Oblate who died because of his promotion of interreligious dialogue.

In 2008, Brother Rabindra returned to his home province and served at the Oblate Scholasticate in Kandy, St. Vincent’s Home in Maggona, and finally, once again at “Suba seth gedara” in Buttala. While he was there, his health condition worsened and forced him to retire.

The memory of Brother Rabi will remain for a long time to come, not only in the hearts of the members of his Province, but also by all who knew him at the General House.