This edited article is published courtesy of the Corpus Christi Caller Times, part of the USA TODAY NETWORK.

The U.S. federal government’s plan to run the planned border wall at the site of a historic mission along the Rio Grande would amount to an illegal government intrusion into the practice of religion, the Diocese of Brownsville says. 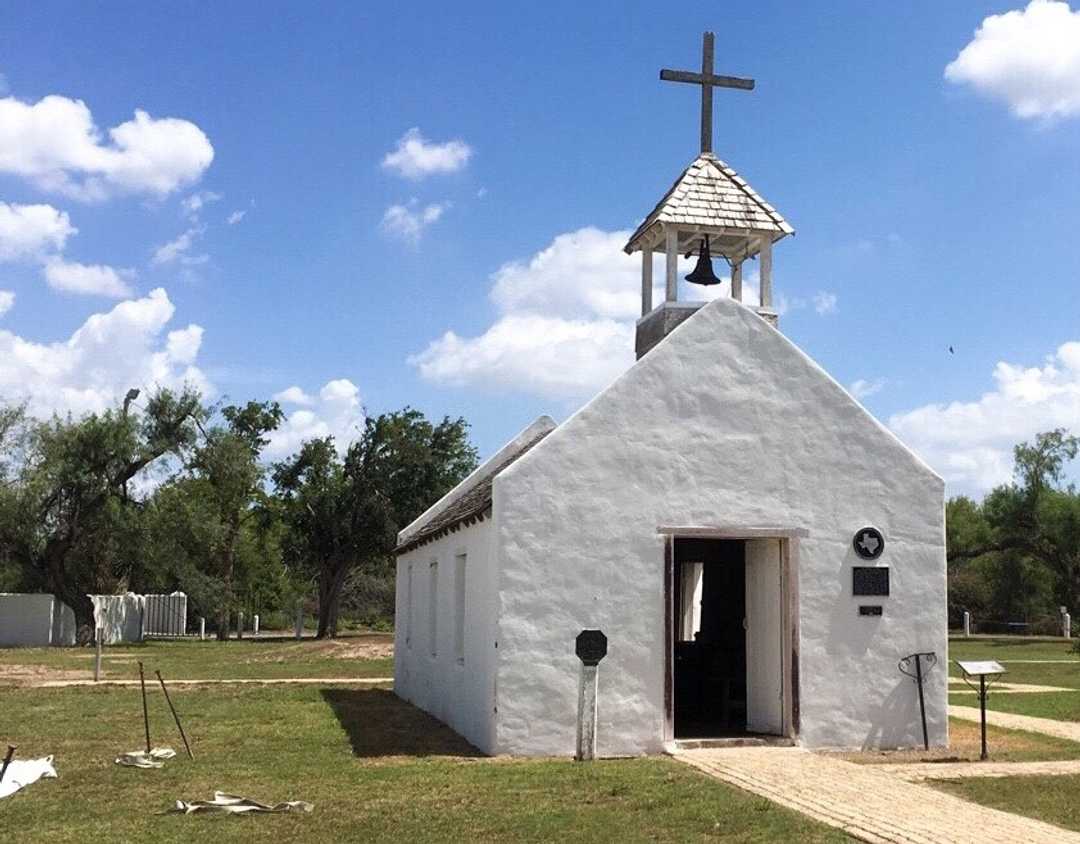 La Lomita Chapel, originally built in 1865, is the namesake of Mission, Texas. The Catholic Diocese of Brownsville is fighting a federal proposal to construct a border wall at the site. – Kirsten Crow/Caller-Times

At issue is a chapel in Mission, Texas, about 75 miles west of the mouth of the Rio Grande. The chapel, known as La Lomita Mission, served as sort of a regional hub beginning in the mid-1800s to care for the spiritual needs of “widely separated Catholic churches, baptizing newborns, performing marriage ceremonies and blessing the dead.” according the city of Mission’s website.

The government last month filed court papers notifying Brownsville Diocese Bishop Daniel Flores, that it intends to survey about 67 acres where the chapel, built in 1899, sits near a horseshoe-like bend in the river that separates the United States from Mexico. The survey is seen a prelude to the government taking at least some of the land through eminent domain to build the wall.

Bishop Flores, in a statement issued by the diocese, said no. “While the bishop has the greatest respect for the responsibilities of the men and women involved in border security, in his judgment church property should not be used for the purposes of building a border wall,” the statement said.

“Such a structure would limit the freedom of the Church to exercise her mission in the Rio Grande Valley, and would in fact be a sign contrary to the Church’s mission. Thus, in principle, the bishop does not consent to use church property to construct a border wall.” 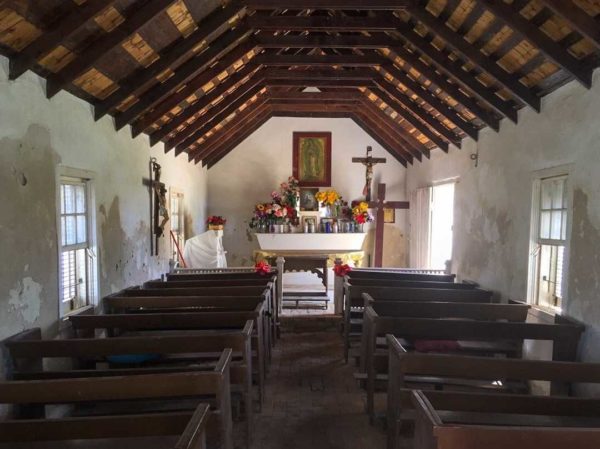 A bright altar is the centerpiece inside La Lomita Chapel in this August 2017 file photo. The Catholic Diocese of Brownsville is fighting a federal proposal to construct a border wall at the site outside Mission, Texas.
Kirsten Crow/Caller-Times

Rev. Fr. Robert WRIGHT, a Catholic priest of the Congregation of the Missionary Oblates of Mary Immaculate and a professor at the Oblate School of Theology in San Antonio, said La Lomita was part of a series of South Texas missions established by the Oblate Missionaries after the Mexican-American War.

The war firmly established that the U.S.-Mexico boundary was the Rio Grande and not the Nueces, American Catholic authorities wanted to ensure the church had a presence in the once-disputed territory, Wright said. “So the Oblates were asked to come in take care of those new Catholic parishes along the Texas side of the border,” he said. A mission was started in Brownsville and and another in Roma, about 120 miles away. Because of the distance between to the two cities, the missionaries established La Lomita, which in Spanish mean “little hill,” as a midway point.”So that’s where the chapel was built and there was a little ranch house and a house for the priests,” Wright said. “And that was the new mission center for the whole part of the Valley which is now Hidalgo County.”

The original mission was destroyed by flood. The one that still stands, after several renovations, was built in 1899.

“A village began to grow around the chapel as the Oblate Fathers constructed a rectory, guest house, quarters for the lay brothers, a blacksmith shop and buggy shed and small houses for the families of the laborers,” says La Lomita’s entry on the Parks Service’s website.

“It goes against the First Amendment, freedom of religion,” said David Garza, a Brownsville lawyer who is representing the South Texas Catholic diocese in its battle with the government. Garza said that despite the religious and historic significance of La Lomita, the matter remains far from settled and the diocese is in an uphill fight.

“We’ve got a rough row to hoe, no doubt,” Garza said. “Eminent domain cases are hard to win, whether it’s for a dam, to widen a highway or to build the wall.”

CLICK HERE FOR MORE PHOTOS OF THE OBLATE MISSION IN LA LOMITA.

Reporters traveled the full extent of the border from the Gulf of Mexico to the Pacific Ocean.

“Every vocation has its source in baptism” – General Committee of Oblate Brothers
Letter of Fr. Superior General for the Solemnity of the Immaculate Conception of the Blessed Virgin Mary