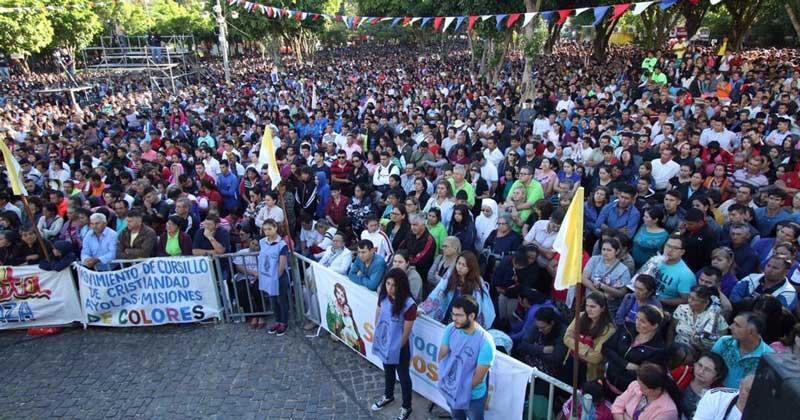 In 1987, as a first-time experiment, some indigenous representatives were invited to be present and to read a reading at the Sunday Mass during the novena in preparation for the Feast of the Immaculate Conception, a big celebration in Paraguay. Paraguay is one of the most “Catholic” countries in the continent, with the Basilica of Our Lady of Miracles, Caacupé, its national shrine, which is filled with devotees in December. That Mass with indigenous representatives was so impressive that it was repeated the following year, without even thinking of creating a tradition that would have an ever greater participation with each year. 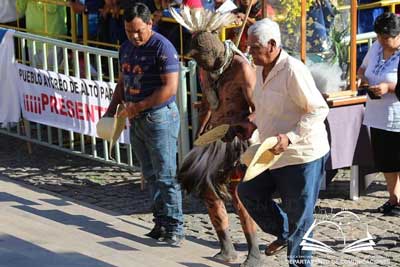 This year, there were 3,500 indigenous people who, for months, prepared to pay for more than 50 buses that were needed to transport them to Caacupé. The great majority come from the Apostolic Vicariate of Pilcomayo in the Chaco (which, since 1925, has been entrusted to the Oblates), which is about 500 km away. 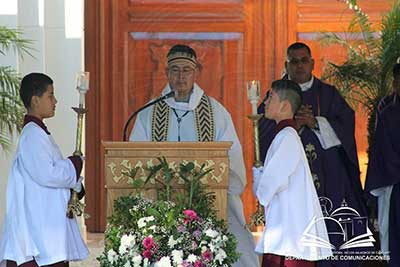 There was a coordinating team, led by the first indigenous priest, who prepared the Mass in detail, making space for the representatives of each ethnic group present at the occasion. Various languages, dresses and typical costumes, dances, symbols: everything had its place in the celebration. The choir is normally entrusted to one of the many “Nivaĉle” choirs; they are not only the ethnic group with the highest percentage of Catholics, but also born musicians. This year, it was the choir of “Corazón de María”, whose 80 members managed to get uniforms and special folders. It was feast for the eyes and for the ears as well! 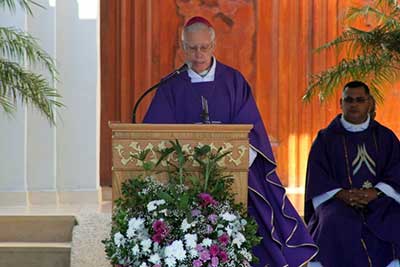 Every year, it is Bishop Lucio Alfert OMI, head of pastoral care for the indigenous in the Episcopal Conference (since 1986!), who preaches and presides at the Mass, which is broadcast throughout the country. His inspiring homily is always a much-anticipated feature of the day. Despite his age and illness, he was able, once again, to put his finger on the wounds of our society and awaken us: lack of respect, expulsion of the indigenous from their lands, and corruption (even within the communities themselves). He urged young people not to fall into drugs and vices, but to know how to be proud of their origin and serve their communities.

There is no doubt that the Indians have learned how to take their place, since they discovered that the “Virgin of Caacupé” is the Mother of all.

Another new website in the Oblate world
Alessandro Staccioli OMI, bishop for 50 years