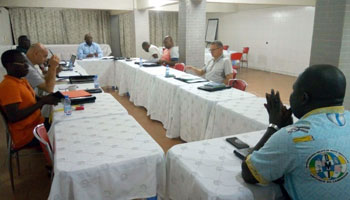 The Major Superiors and the treasurers of the Provinces, Delegations and Missions of the Oblate Francophone Sub-Region of Africa met at the Provincial House in Kinshasa, Congo, from 11 to 14 February. They came from Madagascar, Senegal, Nigeria, Cameroon, Angola and the Democratic Republic of Congo. 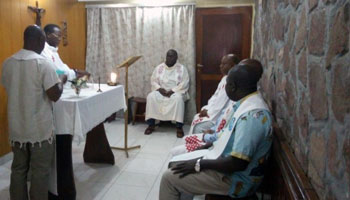 The key issue of the discussions was how to better organize the two international formation houses in the region, namely, Kinshasa (DRC) and Yaoundé (Cameroon). While Kinshasa houses students of theology, Yaoundé forms the students of the philosophy cycle.

The exchanges concerned both the statutes and finances of the so-called “consolidated” formation houses. The Superiors mainly discussed how to ensure the best living conditions for future Oblate missionaries in French-speaking Africa. 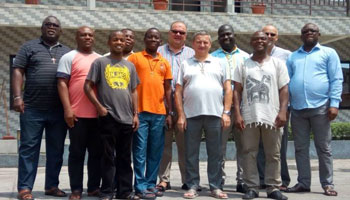 “The question is crucial”, said Fr. Louis DIEDHOU, superior of the Delegation of Senegal. “We, being a missionary congregation, the young African Oblates must be trained in the right manner in order to ensure they will provide a solid missionary service throughout the continent and beyond in the future. Senegal already benefits from the missionary presence of four Congolese, a Nigerian, and a Cameroonian.” 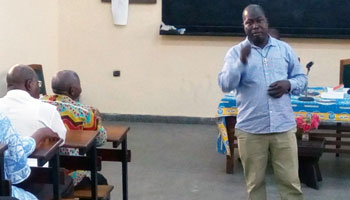 Fr. Edouard Dagavounansou, the provincial of the Cameroon Province, also spoke about the meeting when he met with the Scholastics in Kinshasa three days later on February 17. He said that, during the meeting, the Major Superiors of the sub-region insisted on a more systematic common organization of the formation houses of Yaoundé (philosophy) and Kinshasa (theology). He praised the formators for the efforts taken for the “consolidation” of the two houses. He invited young Oblates in the Theologate, who are from Nigeria, Senegal, Cameroon, Chad, DRC and Angola, to understand that their formation is a formation for mission and living interculturaly. “Interculturality has a price, but this price must be paid, in order to realize what is common to us,” he further said.