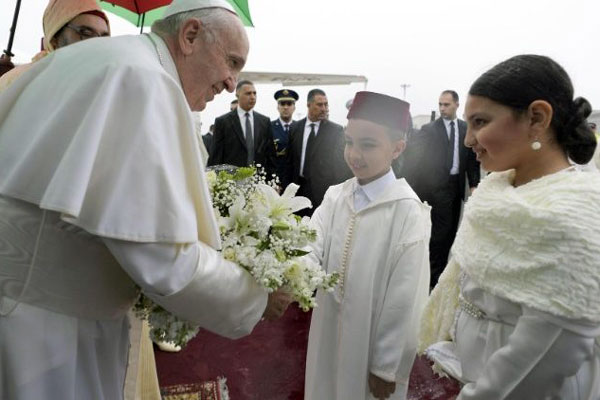 On March 30 and 31, the Pope made a historic visit to Rabat, Kingdom of Morocco – a visit that I had the privilege to follow up close, on behalf of the entire mission and the Prefecture. On Saturday, in the esplanade of the Hassan Tower and under a torrential rain – “the Pope brings the blessing of God,” said more than one Moroccan, – “we wait with stoicism and with great joy and expectation the arrival of His Majesty. King Mohamed VI with Pope Francis.”  Finally, they arrived together. It seems that there were weeks and weeks of negotiation. In his speech, the Holy Father explained his agenda and his concerns: “the culture of dialogue as the way forward; collaboration, as mode of action; reciprocal knowledge, as the method and criterion” of the already famous Abu Dhabi document. That is to say, the interreligious dialogue, lived from the model that the Oblates can claim as ours: closeness and fraternal coexistence. He also spoke much about the migrants who live in pain, misery, loneliness, abuse and great suffering. 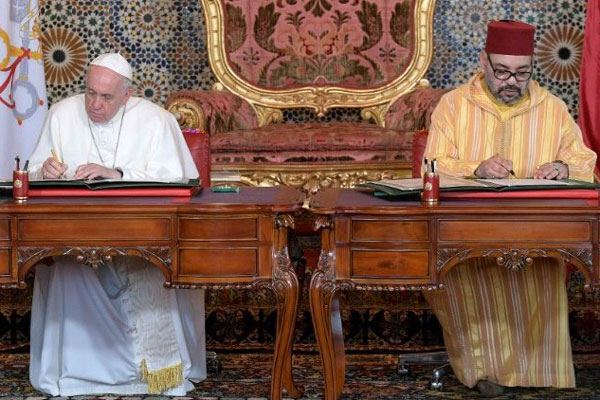 From the esplanade of the Hassan Tower, soaked to the bone, we went to the Mohamed VI Institute, where Morocco prepares and trains the Imams of the Kingdom and those of up to ten other countries, including France. It was a sign of rapprochement, a desire to become acquainted, and of hospitality. The day ended with a visit to the headquarters of CARITAS RABAT. It was a private and very restricted meeting, since the site is small, and the Pope wanted to meet mostly with immigrants: 60 migrants representing different cities. A collaborator of our Dakhla parish was fortunate to have participated. He came out delighted.

Sunday was an important day. For the first hour, the Pope visited a center of assistance that the Daughters of Charity have in Temara, in the outskirts of Rabat. And then came the meeting with the Church of Morocco. As an Oblate, I could feel at home: religious women, religious men, priests … the cathedral of Rabat was overflowing. I invite everyone to read and reread his message. His words not only confirm our faith, but also our life and our mission. How we Oblates are to be and to live, in a specific context, like this one. Thank you, Holy Father! 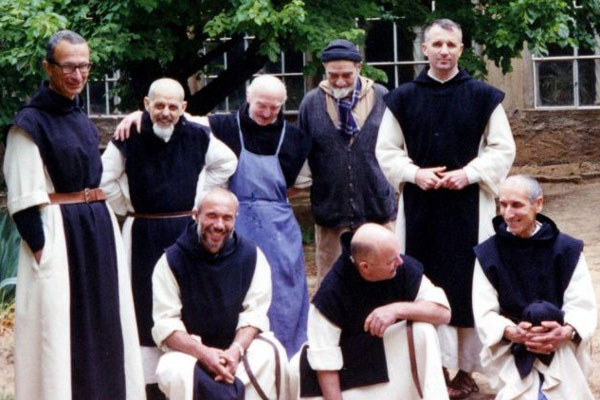 The day culminated with the Eucharist, held at the Mulay Abdallah sports center in Rabat, with a capacity of 10,000 people (8,000 in the stands plus 2,000 on the track). Upon entering the central corridor and seeing all that crowd, I realized how much the visit of Pope Francis has been a sign, not only for us, the local church, but for the whole country of Morocco. An entire country has followed with attention the steps and the words of this “pilgrim of peace and fraternity”. More than ever, the church has been a clear visible sign.

It is a historic milestone for us, Oblates of the Sahara, and for the whole Church of North Africa; but an historical milestone that we must see in light of two others: the Beatification of the Martyrs of Algeria, (Msgr. Pierre Claverie and his companion martyrs) and the Pope’s visit to Abu Dhabi, (for the first time, to the Arabian Peninsula) , in which he signed the Document on Human Fraternity. Together they highlight an entire agenda and purpose: to make interreligious dialogue one of the priorities to which we should unite ecological conversion (Laudato Si ) and the poor and marginalized (in our case, with the face of a “sub-Saharan” migrant).

Joint Session of the Central Government and the Asia-Oceania Regional Conference
Let us be challenged by them.