Let us be challenged by them. 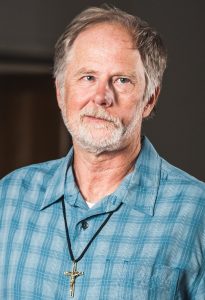 The conference on Oblation and Martyrdom scheduled for May 4-5 in Pozuelo, Spain will be an opportunity for the members of the Oblate or Mazenodian Family to come together and reflect on an important theme that goes right to the heart of the spirituality of our Oblate charism from Saint Eugene de Mazenod.   From his personal experiences of life as a political exile during his own formation as a boy and young man, living apart from his native land and in a separated family life, Eugene came to a profound spiritual experience one Good Friday when the love of Christ poured into his heart and he profoundly felt that despite his own sinfulness and inadequacy, Christ loved him totally and had forgiven all of his sins through his death on the cross.  This great spiritual catharsis led Eugene to the realization of his vocation to become a priest and to follow in his own way in the footsteps of Jesus and the Apostles.

Even as a seminarian preparing for priestly ordination in retreat, Eugene reflected on what it would mean for him to imitate Christ so much in his sacrificial love on the cross that he could become a martyr for the faith and even a martyr for charity in his ministry to the poor and most abandoned, such as to the prisoners whom he visited in the prison in Aix.  “…What persuades me that this factor really accounts quite largely for this repugnance I have for dying, is that it seems to me I have no fear of it when I envisage it as happening through martyrdom or in a hospital in service to the victims of the plague…” (Eugene de Mazenod, “December 1811 Retreat notes”, in Spiritual Writings, vol.  14, p. 221)  In fact, we know that Eugene as a young priest while serving these prisoners contracted typhus and was near the point of death out of his great concern for these social outcasts. After his priestly ordination and several times in his ministerial experiences, he remarked on his readiness to be a martyr, beginning with the intentions he prayed at the celebration of his First Mass:  “First mass, Christmas Eve: for myself…The grace of making reparation for my faults by a life wholly and solely employed in his service and for the salvation of souls. The Spirit of J.C. Final perseverance, and even martyrdom or at least death while tending victims of the plague, or any other kind of death for God’s glory or the salvation of souls.”  (Eugene de Mazenod, “Mass intentions”, in Spiritual Writings, Vol. 14, p. 230.)

Therefore, the theme of this conference takes an important experience from the life of St. Eugene and invites us to reflect upon our Oblate spirituality and our history as missionaries who have followed the example of our Founder and Christ the Savior, giving their lives in service to the poor and abandoned and for the salivation of souls.   The conference will take place in a very appropriate and significant location for our Congregation, the Oblate house in Pozuelo, Spain, which is the home of our own Oblate Spanish Martyrs.

The speakers for the conference are select Oblate experts from different parts of our Oblate world who will speak of certain Oblates in our history who have given their lives heroically as martyrs.  By reflecting upon the lives of these Oblate predecessors, we can apply their situations to our own and provide us with inspiration and insight into how we can better live our Oblate charism in today’s contemporary world with its own challenges and opportunities in the faith.  Besides the international group of Oblates who will give presentations of Oblate martyrs from the various regions, the list of speakers will also include experts on Martyrdom in the 20th Century and more specifically the situation of the Church in Spain during the time of the Spanish Civil War.   Other important local participants to the conference will be some family members of our Oblate Spanish Martyrs.  The Superior General, Fr. Louis Lougen, will also be present and will celebrate Eucharist with the participants.   Oblate Sponsors of this Conference on Oblation and Martyrdom are the Mediterranean Province and the General Services of Postulation and Oblate Studies.