Car ride leads to lifetime of service in canon law for Fr. Morrisey

Originally published on www.chausa.org. Excerpted with permission from The Catholic Health Association of the United States.
By Nancy Frazier O’Brien 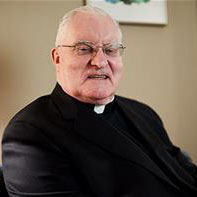 It was a providential car ride from Ottawa to Montreal that put Fr. Francis G. Morrisey, OMI, on the road to a long and illustrious career in canon law.

In March 1965, Cardinal Paul-Émile Léger of Montreal — in anticipation of the final sessions of the Second Vatican Council — called all canon lawyers in Canada for a study day and invited canon law students in the country to come along.

Fr. Morrisey, then a student at the University of Ottawa, drove three of his professors to the gathering. During the ride and at the study day, conversation turned to the idea of establishing the Canadian Canon Law Society. Fr. Morrisey ended up on a four-man steering committee charged with setting up the organization, eventually becoming its first secretary-treasurer.

“I didn’t even have my degree yet!” he said. “I had no idea what I was getting into.”

That car ride also turned out to be opportune for Catholic health care. Fr. Morrisey, now 83, became an expert in how church law affected hospital finances. Through the years he has offered legal guidance on the emergence of non-traditional business models and lent his considerable expertise to religious communities who sought to preserve their sponsored works through transfer to a public juridic person.

In recognition of his generous use of that expertise on behalf of health care professionals in the U.S., Canada and the world, Fr. Morrisey is the recipient of CHA’s 2019 Lifetime Achievement Award. The award was presented June 10 at the Catholic Health Assembly in Dallas.

In addition to his work as a canon law professor (now emeritus) at St. Paul’s University in Ottawa, a Vatican consultant and an international lecturer, Fr. Morrisey has served as the general editor of a series of columns on canon law in the CHA’s journal, Health Progress. He has taught the canon law component of the CHA Sponsor Formation Program that helps prepare leaders for sponsorship roles. 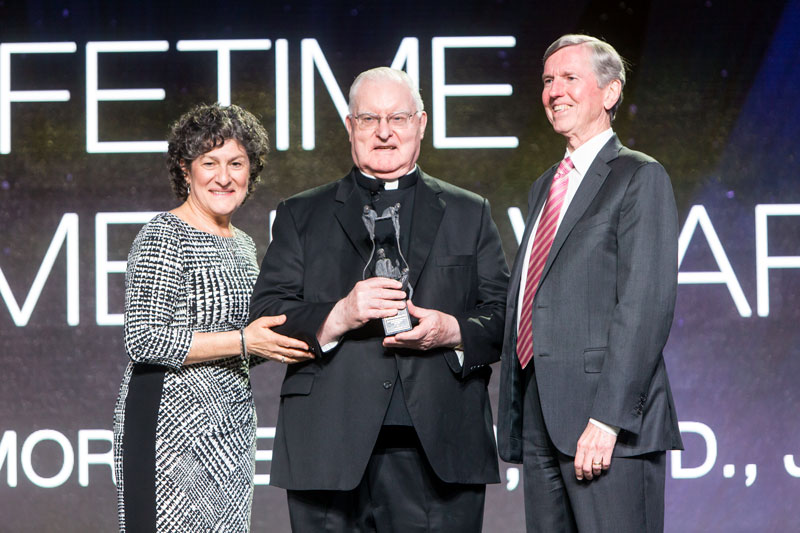 The main message Fr. Morrisey said, he tries to communicate in the classroom is that canon lawyers should “use the law to free people, not to put a burden on their shoulders.” “I often say, ‘If someone asks can we do something, and the law says no, try to find another way, give them some positive insights,” he added. “That has been my mantra.”

In nominating Fr. Morrisey for the Lifetime Achievement Award, Sr. Jomary Trstensky, OSF, chairperson of Hospital Sisters Ministries in Springfield, Ill.,,wrote that Fr. Morrisey’s work has been foundational to changes in sponsorship models and business structures within Catholic health care. Although his focus is on canon law, he regularly made parallels between church law and social justice and the call to advance the dignity of the human person.

Fr. Morrisey said his goal was to demonstrate to students how canonical principles apply in everyday life situations. “Some canonists refer to canon law as a tool box; the tools have to be applied to a situation for it to be addressed,” he said

Fr. Morrisey thinks the biggest challenge facing Catholic health care today is how to preserve and defend Catholic identity at a time when “there is such public pressure against certain positions that the church is taking,” such as its opposition to assisted suicide and abortion.

“We can’t withdraw into a fortress,” he said. “The Catholic Church is the largest provider of health care in the world, by far, and we don’t want to give up that heritage, which is based on Christ’s actions of healing the sick.”

He has played a role in many of the changes in canon law over the years, helping to prepare the 1983 Code of Canon Law and, more recently, serving on a Vatican commission charged with revising the sections of canon law related to procedures for the annulment of marriages.

Born in Charlottetown, Prince Edward Island, and raised in Ottawa, he knew as a child that he wanted to become a priest, but he joined the Missionary Oblates of Mary Immaculate almost by happenstance. His mother wanted him to learn more French, but the nearby LaSalle Academy high school deemed his French not good enough to admit him. Instead he attended an Oblate school a couple of blocks away, learning about the religious order and eventually being ordained an Oblate priest in 1961.

Sr. Trstensky describes the Canadian canon lawyer as “a pathfinder” in Catholic health care. “His role was to look at the arrangements we were proposing (for mergers or collaborative partnerships) and to help us see how they could be done in a way that aligned with church law.”

And as a teacher, she added, “now he’s prepared many others who can assist us.”