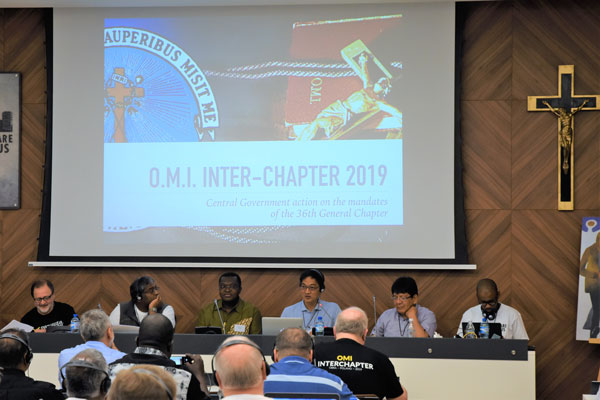 The fourth day of the inter-chapter session in Obra began with group photo sessions. This set forth a relaxed yet focused climate for the proceedings of the day. There were other reasons to celebrate on this fourth day of the inter-chapter. These included the 243rd Independence Day for the United States of America, and the 10th priestly anniversary of Fr Antonio PONCE from the US province.

The participants of inter-chapter were very eager to hear the report from the Central Government of the congregation.  This report, presented by members of the General Administration, gave an overview of how the Central Government has responded to the calls of the 36th General Chapter. It covered all six calls of the chapter. It also put forth the vision for the next three years paving the path for the next General Chapter. 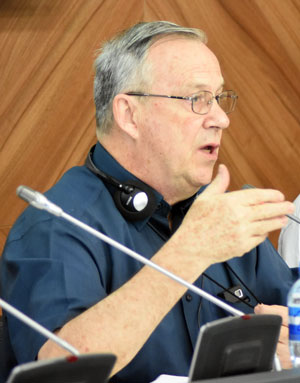 In the discussions between the Central Government and the participants of the inter-chapter, some of the issues that stood out (amongst many others) were: ongoing formation, (Oblate) missionary identity and the structuring of the JPIC. A number of committees have been setup by the Central Government to share the tasks of implementing the decisions that were taken at the last General Chapter. The afternoon session was dedicated to the call to re-structure some of the units. The Cruz del Sur, OMISA and Mediterranean provinces shared their experiences on the journey to the restructuring of their units.

The Superior General, Fr Louis LOUGEN, thanked the regions for the work done so far in putting into action the six calls of the General Chapter at the regional level. A call to a more vibrant participation of the laity to the mission and charism of the congregation was made.