Holiness: an ideal, a reality 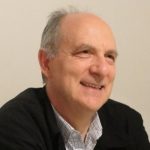 (The homily given by Fr. Fabio Ciardi, OMI during the Holy Mass at the General House in Rome on November 1, 2019)

The first group of the “Missionaries of Provence”, who would soon become “Missionary Oblates of Mary Immaculate”, had just finished the first General Chapter, which took place on October 24, 1818, and had approved the Rule written by Saint Eugene de Mazenod.

The Chapter was followed by a one-week retreat, which ended on November 1, 1818. Fr. Suzanne and Fr. Moreau, two young missionaries (but then they were all young!), wrote the minutes of that memorable day:

“By three in the morning, the members of the Chapter were already awake. Before four, they were already in the chapel, prostrated before the altar, preparing for the most beautiful, the most lovable of all the sacrifices.

After invoking the light of the Holy Spirit with the singing of the Veni Creator, the superior [Saint Eugene] addressed a moving exhortation to the assembly [the whole Society at that time was composed of 7 fathers, 3 scholastics and 6 novices]. It was sweet, and we shed tears of joy listening to those words that seemed to have been addressed directly by Our Lord Jesus Christ through the lips of the beloved Father [Eugene].

Once the exhortation was over, Father [Eugene], dressed in priestly vestments, prostrated himself at the foot of the altar, took a candle in his right hand, and said in a high and intelligible voice: “In the name of Our Lord Jesus Christ, in the presence of Most Holy Trinity, of the Blessed Virgin Mary, of all the angels and of all the saints, of all my brothers gathered here, I, Charles Joseph Eugene de Mazenod, profess, promise to God and vow chastity and obedience perpetually. I likewise vow perseverance until death in the holy institute and the society of the Missionaries of Provence. So help me God. Amen”.

Then the Mass began…. At the moment of communion, while the superior held in his hands the adorable Body of our Divine Saviour, we advanced one after the other, holding a lighted candle, and pronounced our holy vows with a feeling of ineffable joy …

One would have said it was like one of those assemblies of the first faithful who once gathered in the catacombs, by candlelight, in the darkness of the night, to sing the praises of God, far from the idolaters.

After the Mass, the Superior General intoned the hymn Te Deum in thanksgiving. Then all the members of the community went to the altar of the Blessed Virgin to put the holy commitments they had just made, under her protection. They also put themselves under the protection of all the saints by reciting the litanies.

With how much enthusiasm we all embraced one another, once we were back in the sacristy! What an outpouring of the heart! What a tenderness! What a moving affection! Now, we are brothers; now we are one! Now we really love each other!”

The General Chapter of 1826 decided that this ceremony would be repeated every year.

“We will repeat it again today, hopefully with the same joy.
Why the oblation? Because it is our way of holiness.”

Eugene was the first to nurture an ever-increasing desire for holiness. He wanted it for himself and for all those to whom his ministry was directed: he wanted to lead people first to be human, then Christians and finally help them become saints. He desired it for the Oblates and pleaded: “In the name of God, let us be saints”.[1] 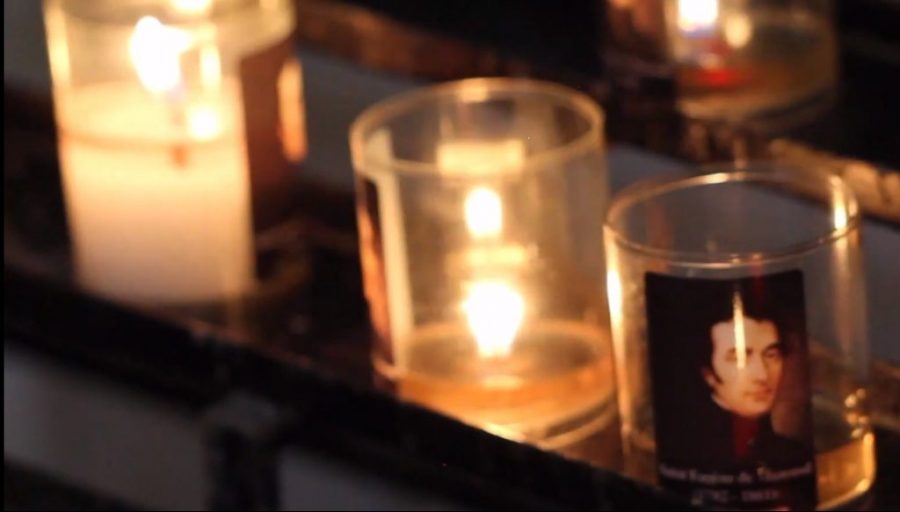 “While the superior held in his hands the adorable Body of our Divine Saviour, we advanced one after the other, holding a lighted candle, and pronounced our holy vows with a feeling of ineffable joy …”

He created the Oblate community as a place of sanctification. We will help each other in our “common sanctification”, he wrote to his future first companion, Fr. Tempier already in 1815.[2]

He embraced religious life as an effective means of sanctification, he chose the mission as a ministry in which to sanctify himself and sanctify others. He understood and constantly emphasized the intrinsic link between holiness and mission. He lived his life so as to reach the goal of holiness.

For him, in fact, holiness is a dynamic becoming, a constant journey that lasts a lifetime. The Oblates, we read in the Preface, “must work seriously to become saints, […] live […] in a constant will to reach perfection”. “There are no limits to our personal holiness,” exclaimed one of our superior generals, Fr. Léo Deschâtelets when reading this text.[3]

Already in the Supplique adressée aux vicaires généraux capitulaires d’Aix, the first planning document of the new community (January 25, 1816) Eugene had written: “The end of this society is not only to work for the salvation of one’s neighbour, dedicating oneself to the ministry of preaching”. Its members “will work for their own sanctification in conformity with their vocation”.[4]

At the end of his life, as if to synthesize his own ideal of life, he writes to the missionaries of Canada: ” Every day I pray that his grace will keep you all in great holiness. I cannot think in other terms of the life of sublime devotion which is the life of our missionaries.”.[5]

His ideal has not remained a dream. It became a reality: “Holy priests, this is our wealth!”[6] he said, looking at his religious family.

“There are no limits to our personal holiness,” exclaimed one of our superior generals, Fr. Léo Deschâtelets.

These words testify that holiness, in the Congregation of the Oblates, is not just an ideal. It has been lived by many of its members. The Church has officially recognized 25 of them and another group is about to be proclaimed saints. For Saint Eugene it was normal to believe that in his family “all the members work to become saints in the exercise of the same ministry and in the exact practice of the same Rules”.[7] The holy death of Oblates was for him the certainty that his ideal of life could really be lived: “The gate of heaven – he wrote on the occasion of the death of Fr. Victor Arnoux, in 1828 – is at the end of the path on which we set out”.[8]

Another time, looking at his Oblates, he writes: “In the absence of my virtues, I will boast of those of my brothers and my children, and I am proud of their works and their holiness.”[9]

The example of the sanctity of Eugene and of so many Oblates continues to keep alive in us the desire and commitment to holiness. “Noblesse oblige, – wrote another superior general, Bishop Dontenwill on the occasion of the first centenary of the Congregation – Sons and brothers of saints, we must work to be saints ourselves”.[10]