Pope Francis has appointed Archbishop Gerard Tlali LEROTHOLI, OMI, Archbishop of Maseru, Lesotho, as a member of the Vatican-based Pontifical Council for Culture. 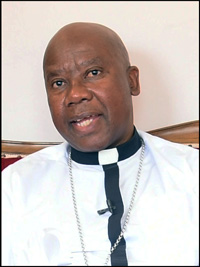 Archbishop Gerard entered the Oblate novitiate in Quthing, Lesotho, in 1975. He studied philosophy at St. Augustine’s Major Seminary in Roma, Lesotho and theology at the Pontifical Gregorian University in Rome, Italy. He earned his Licentiate in Sacred Scripture at the Pontifical Biblical Institute. He made his perpetual vows in 1981 and was ordained a priest in 1982. On 30 June, 2009, Pope Benedict XVI named him Archbishop of Mesuru. He received his episcopal consecration on 12 September from his predecessor, Archbishop Bernard MOHLALISI, OMI.

New Provincial of Colombo, Sri Lanka
Gathering of the Oblate Brothers in the Region